I was born in 1952. Everybody has some image and sound fragments that make up a kaleidoscope of vague but vivid early memories! Mine are of Maasailand, the Ngorongoro Crater, a black dog and some red bougainvillea creepers. The first of these are from 1953 when I accompanied my parents on a road trip from Dar es Salaam to Nairobi. I remember just five minutes of that two-day journey. When my father stopped at a manyatta, a traditional village of pastoralists, to take some photos I was surrounded by a group of curious Maasai women who all wanted to touch my blond hair. That was 1953 - and as such it was my very first African safari! Another memory is of Ngorongoro Crater. I remember us waiting for a truck to be pulled free from mud on the track ahead. This happened on the precipitous route up to the rim of the Crater. When we tried to pass we nearly slid off the road and down the side of the mountain! It was an exciting moment! Another occasion when I was playing with Klavs, our big black Alsatian dog. I feinted throwing a coconut husk for him one too many times and he bit me on the head. That hurt! That’s when I realized that big animals could retaliate if you didn't show respect. The red bougainvillea was part of an incomplete watercolor my father was painting of the garden of our Bagamoyo beach house. I don't remember the garden. I do remember my father's watercolor sketch. I must have been very impressed because I can still clearly see the vivid Alizarin crimson wash he had saturated his drawing with. "I want to try that! I thought." These were my first ever memories.
The Show: 6 ► 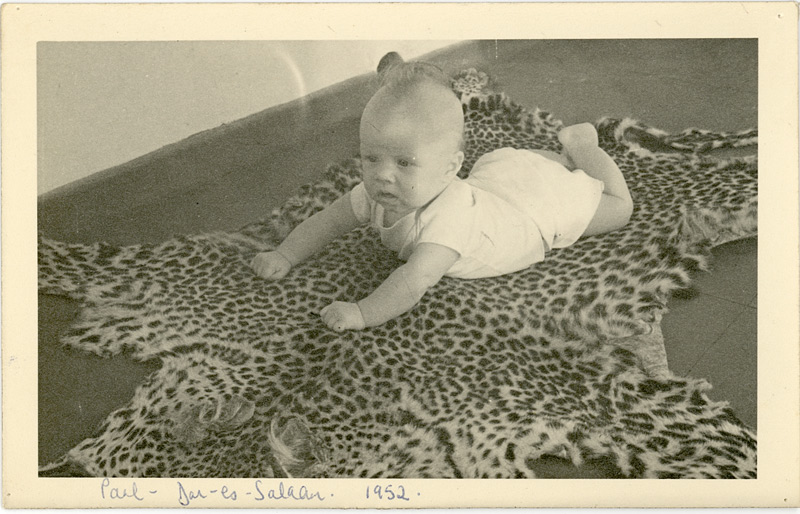 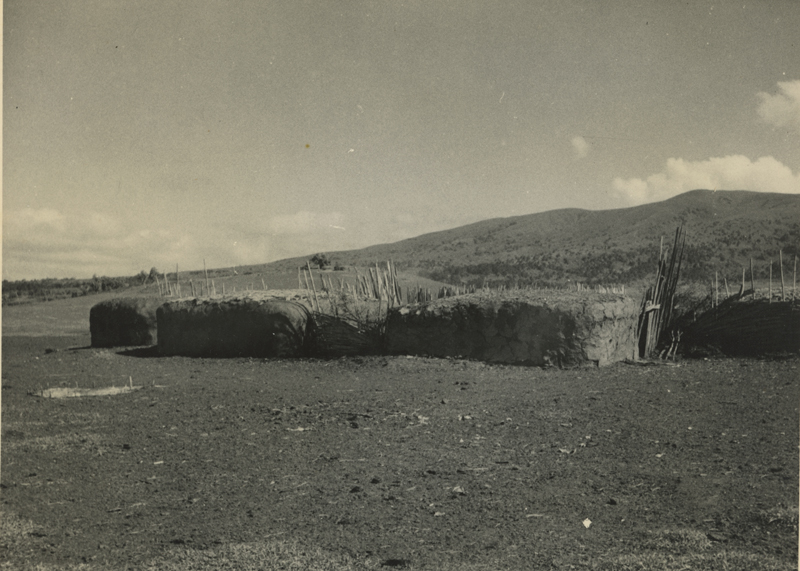 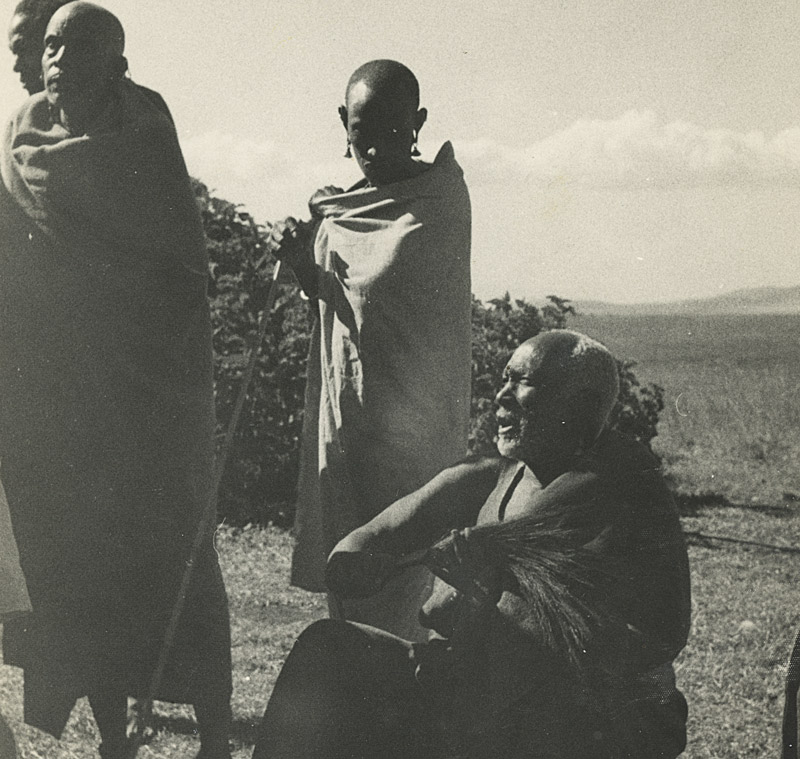 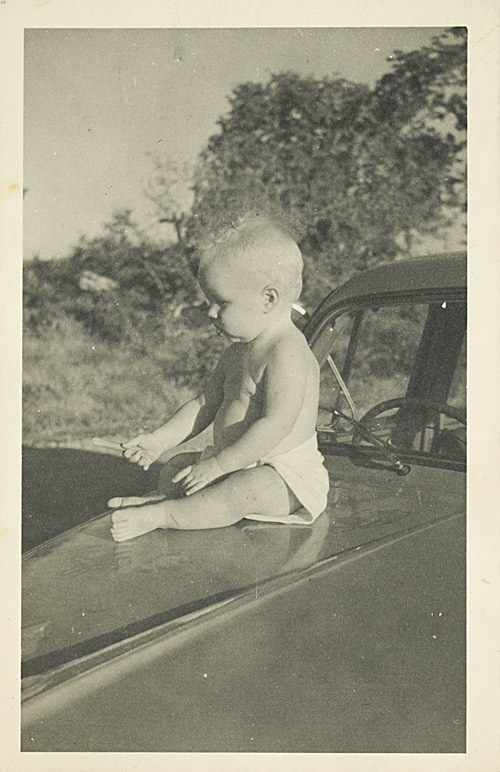 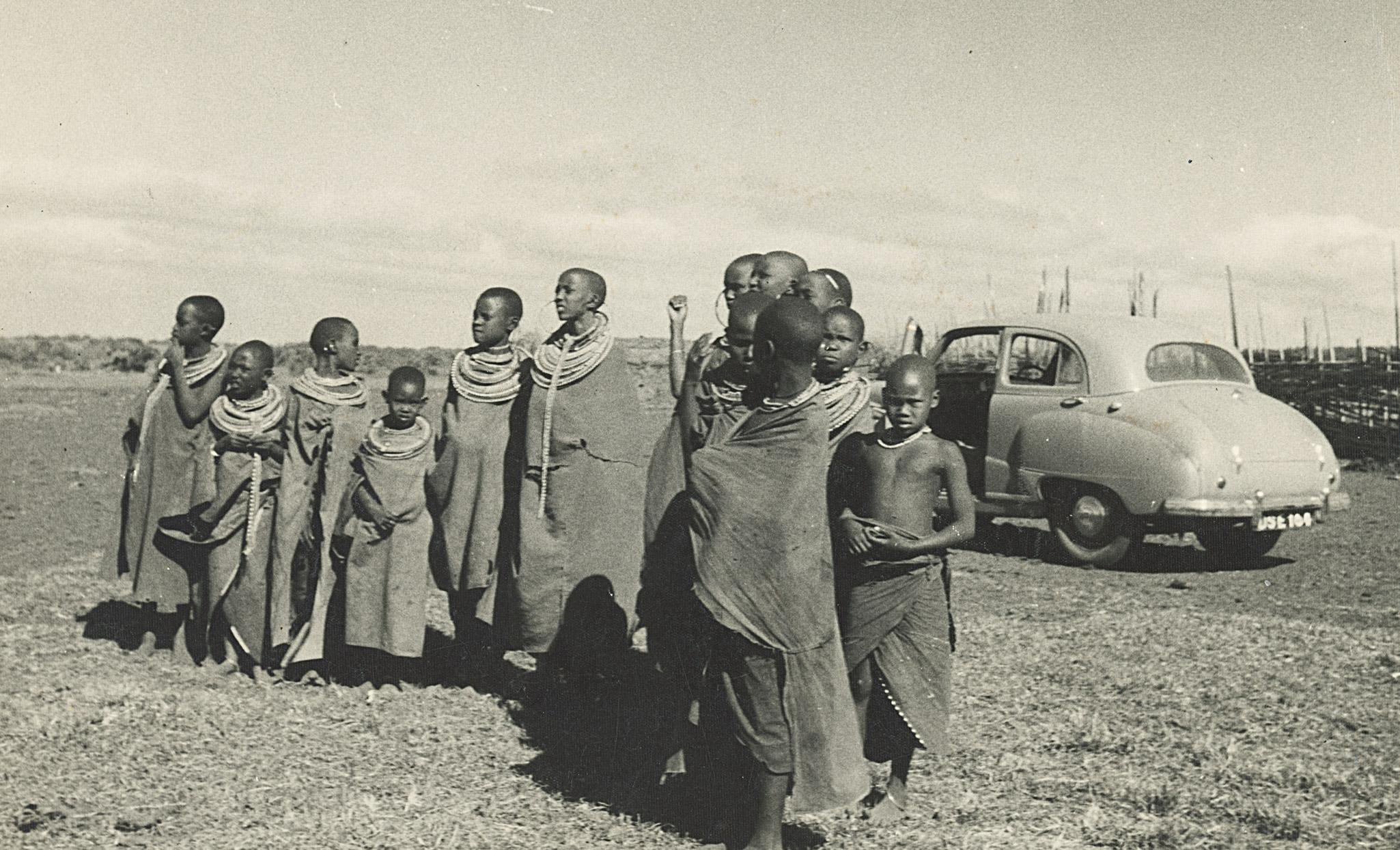 6/13: My mother quickly removed me from from the inquisitive crowd. 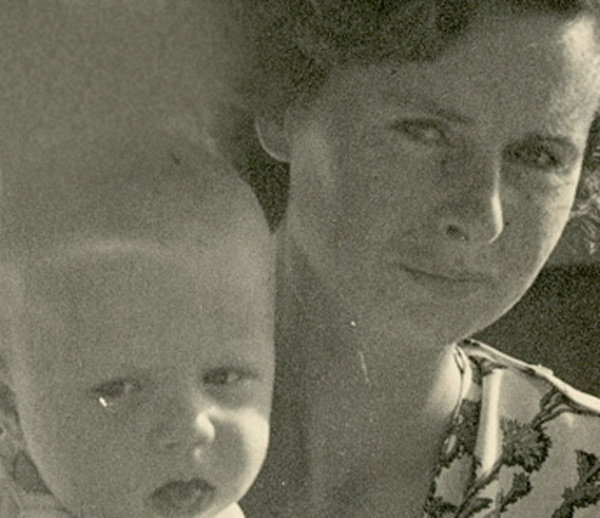 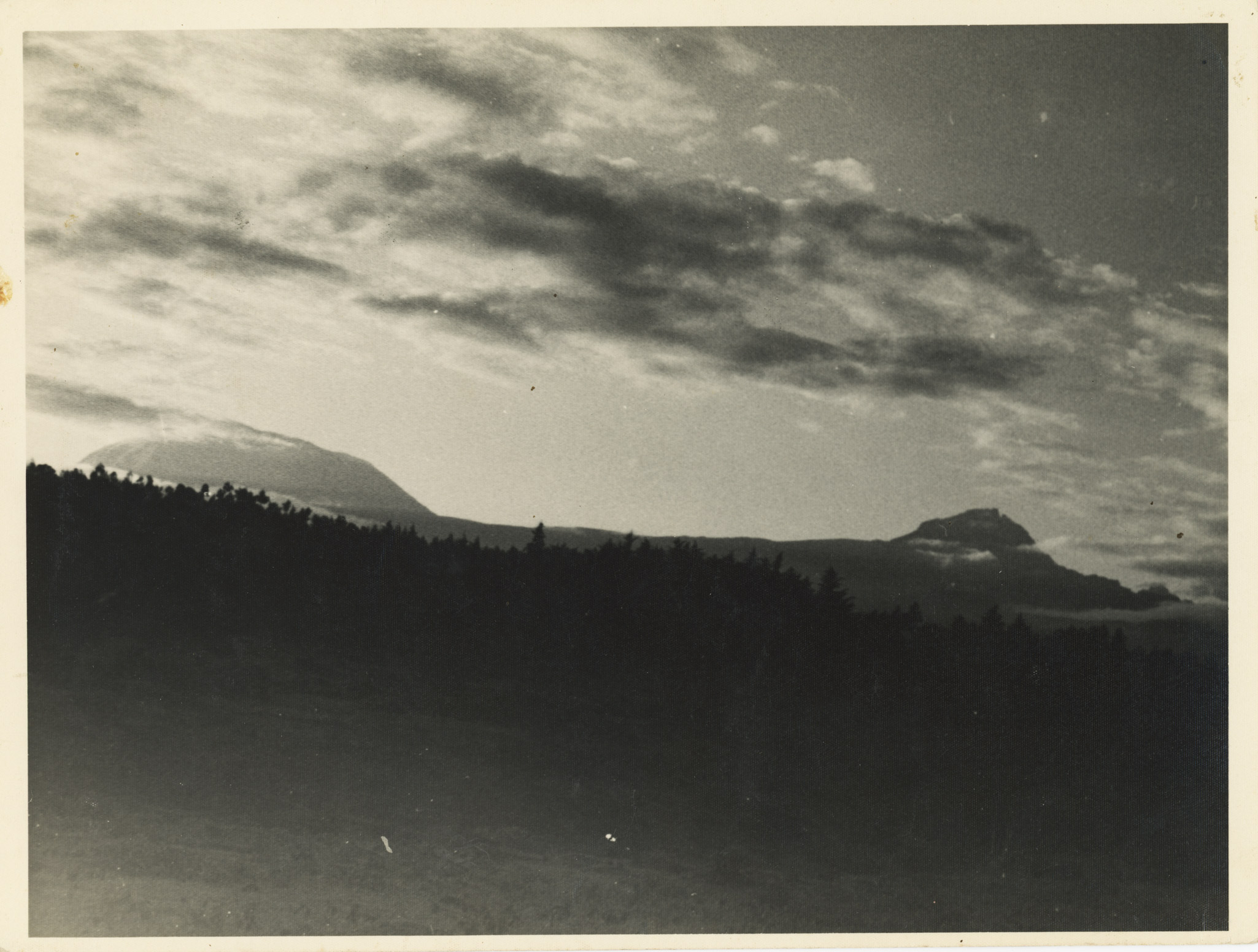 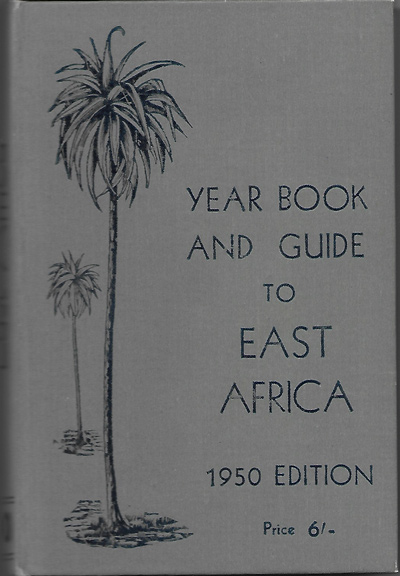 9/13: The route and facilities at Ngorongoro. 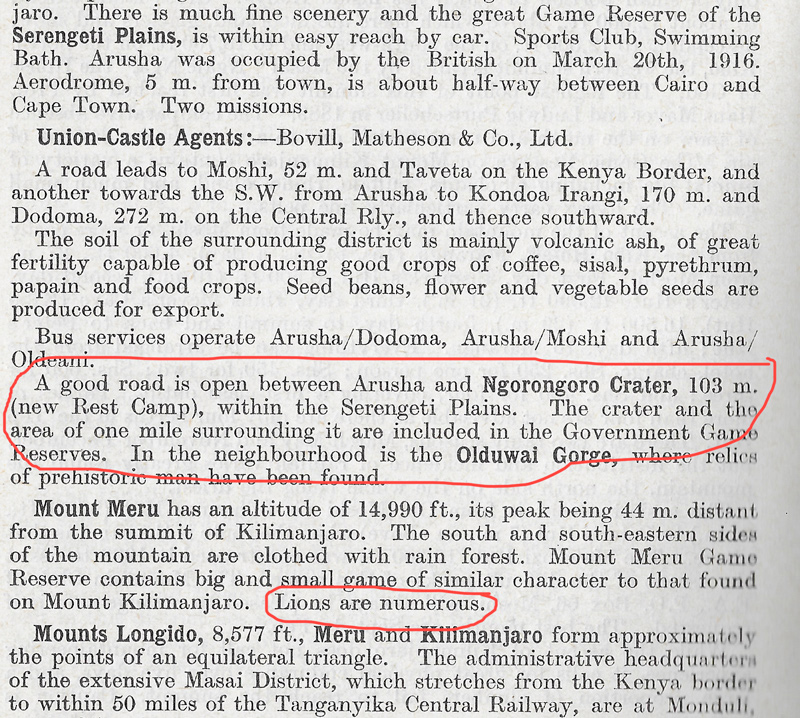 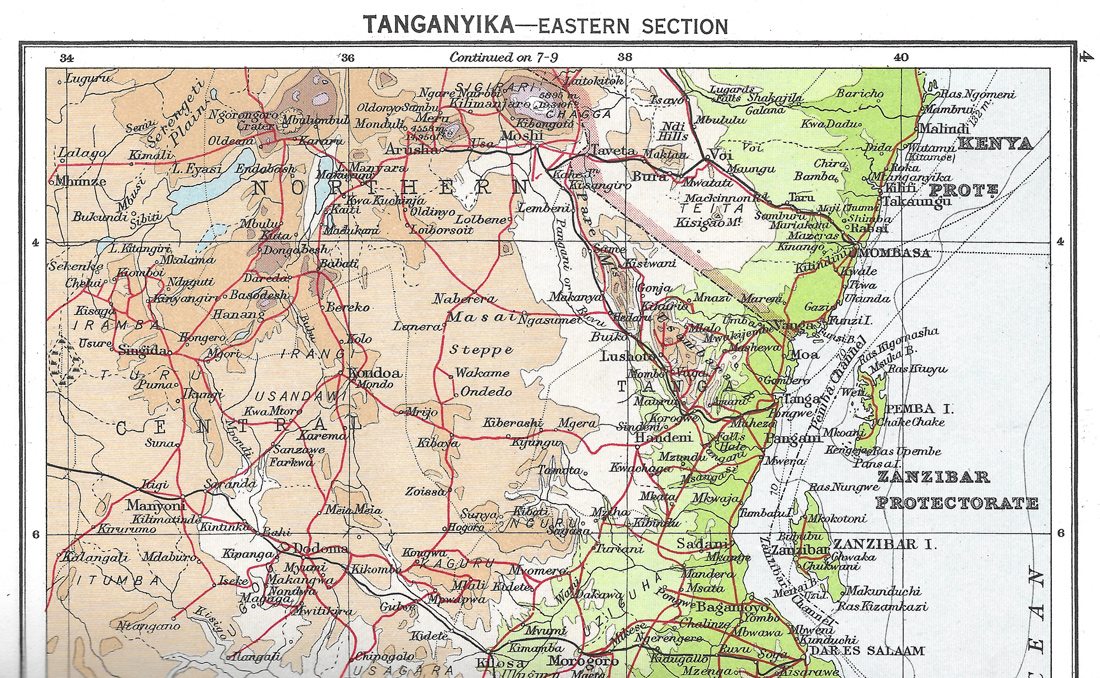 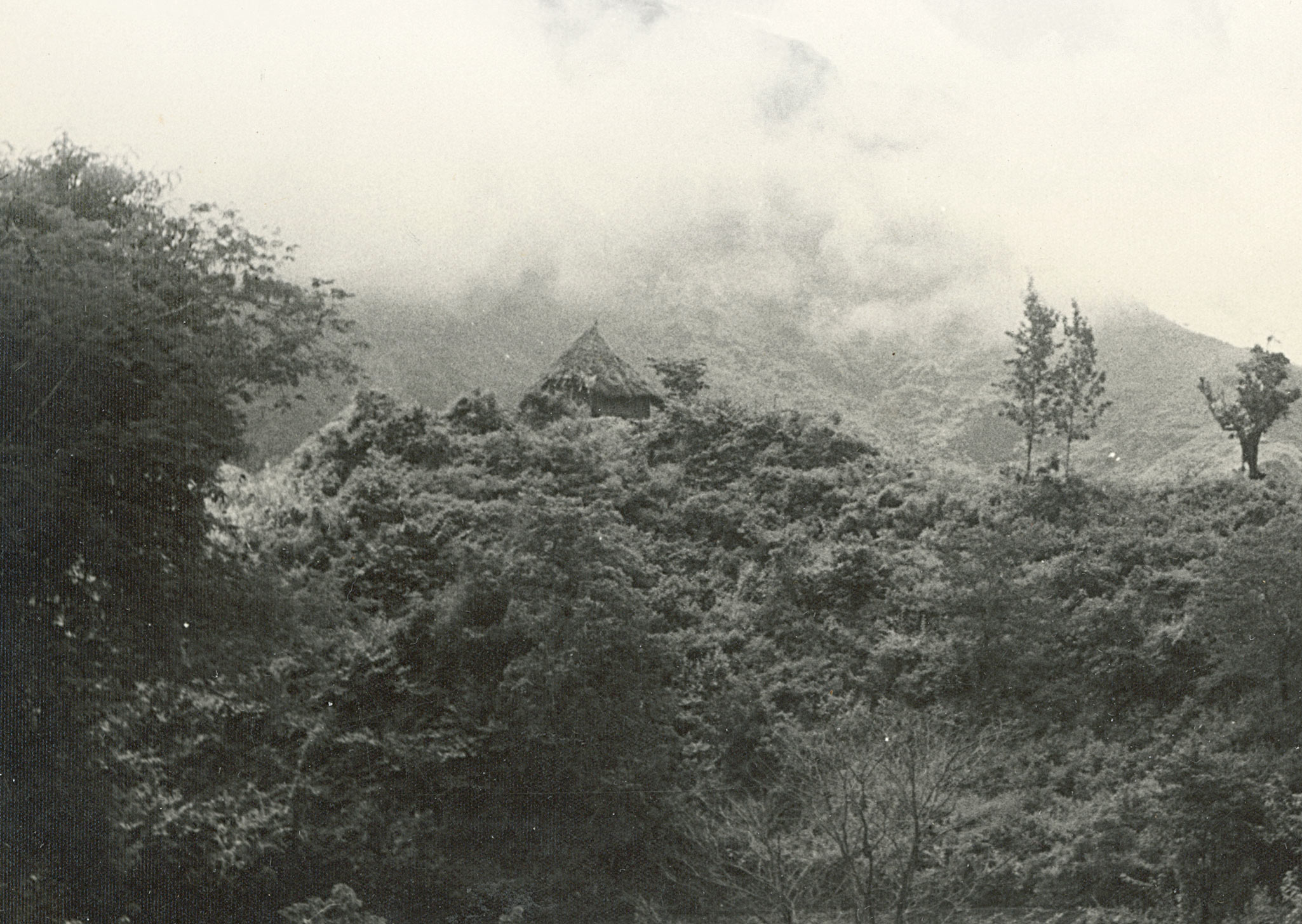 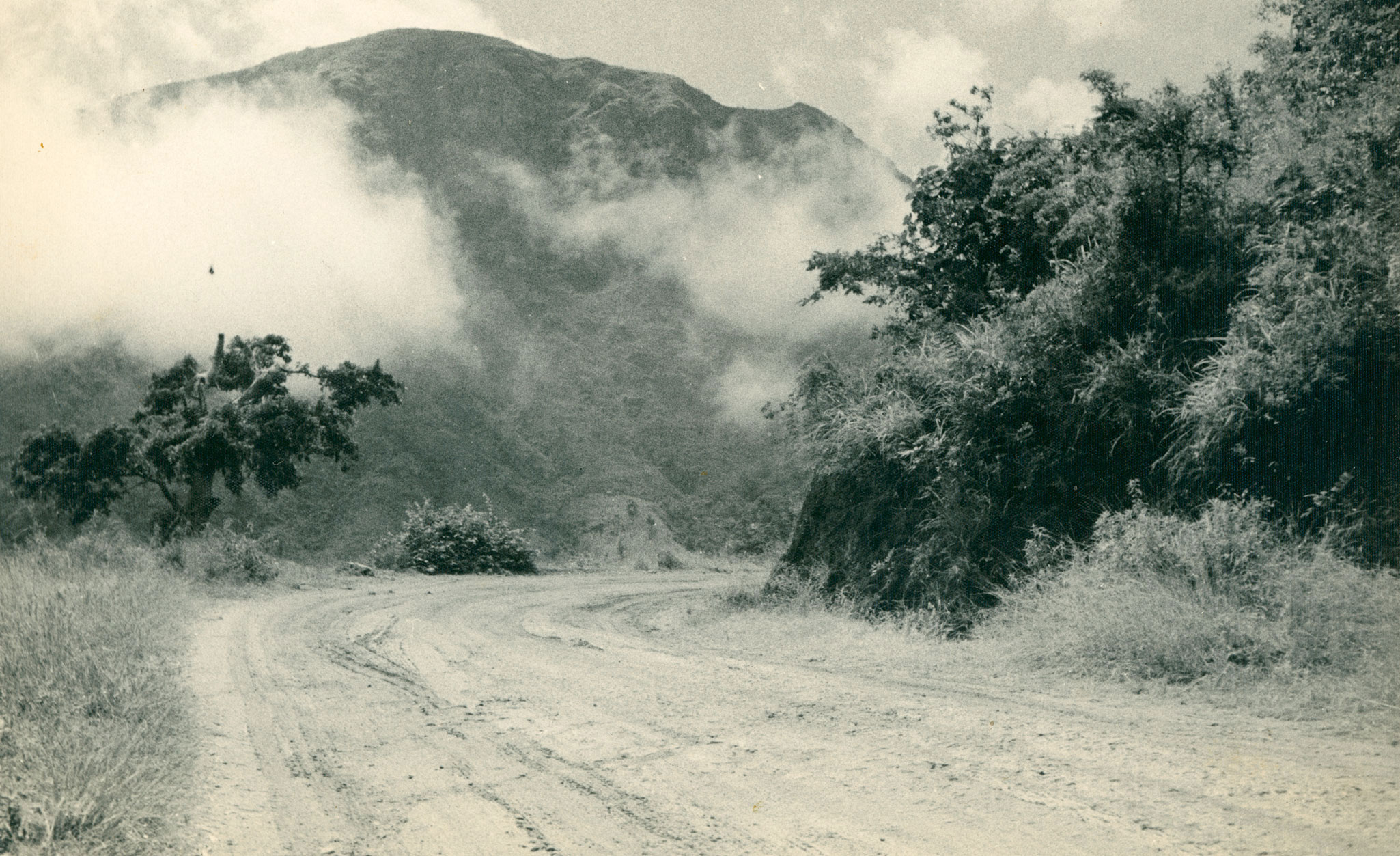 13/13: My mother and one of the old log cabins at Ngorongoro. 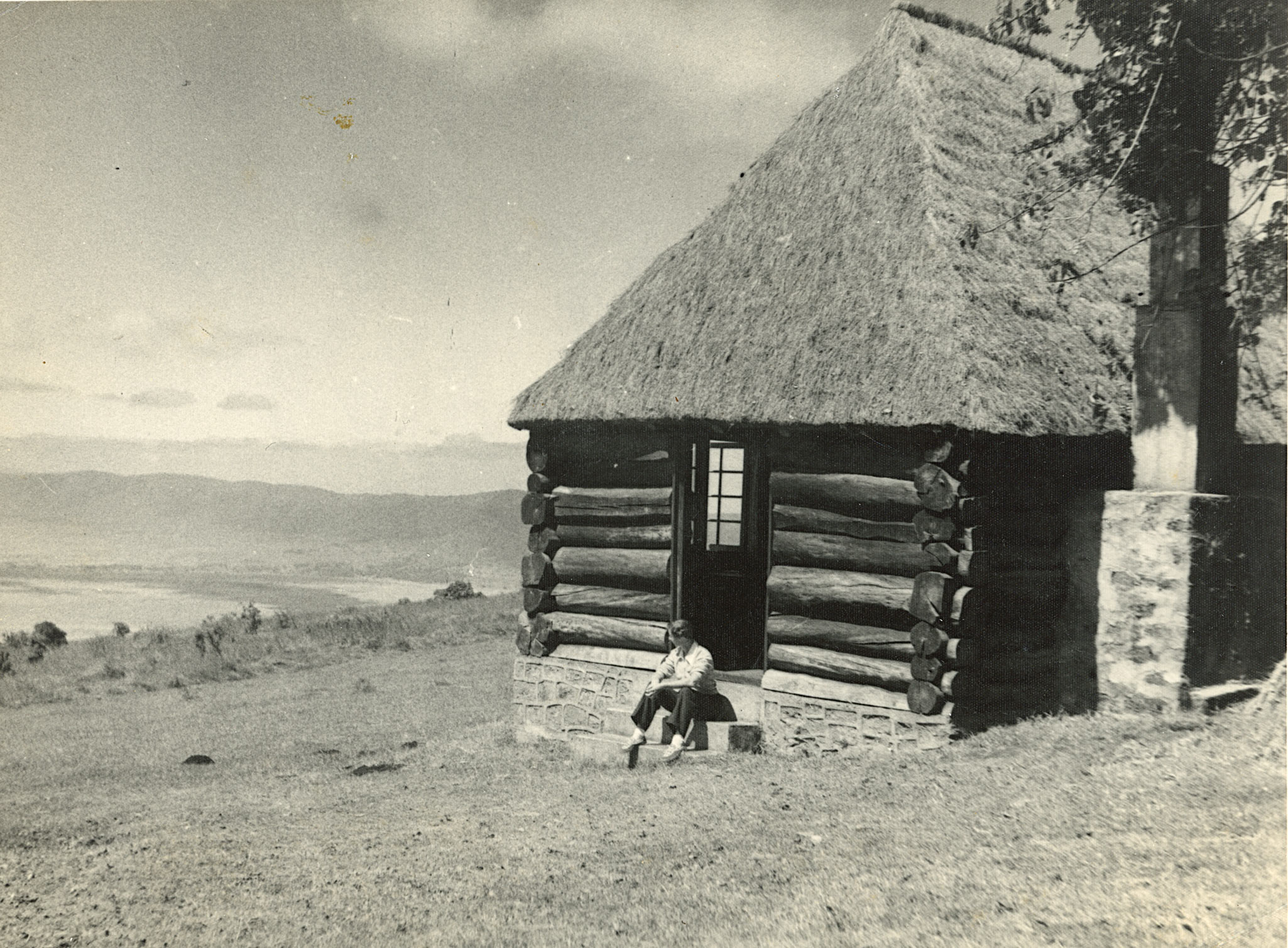 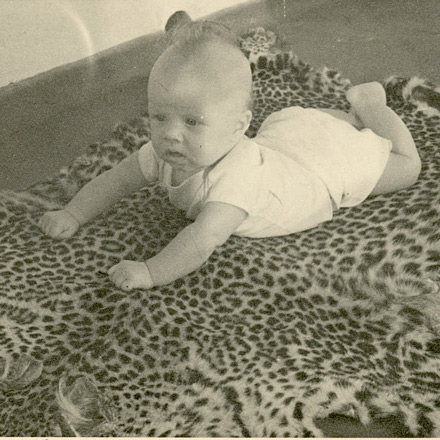 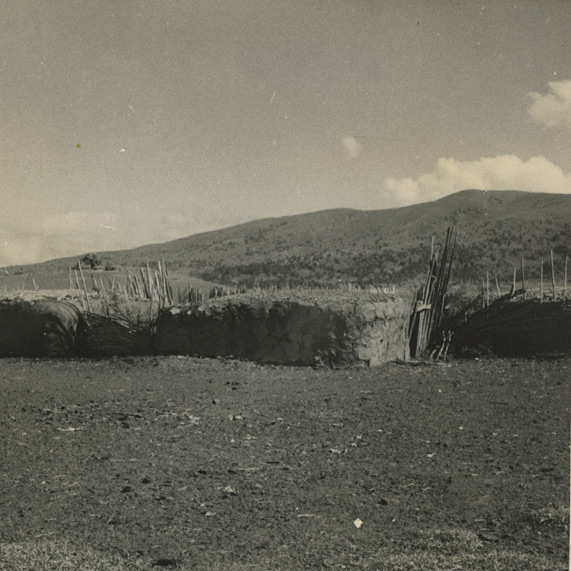 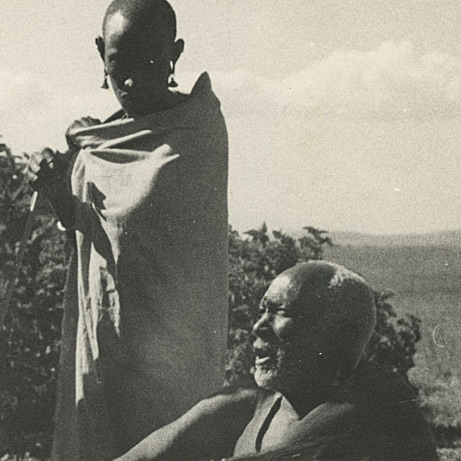 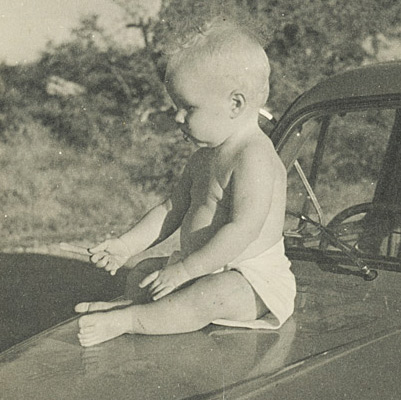 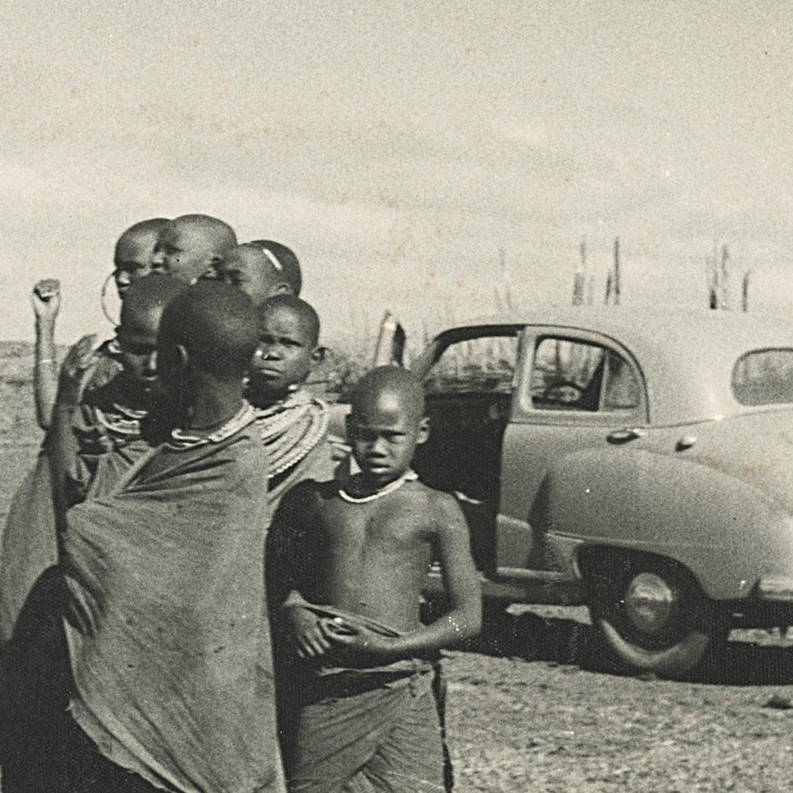 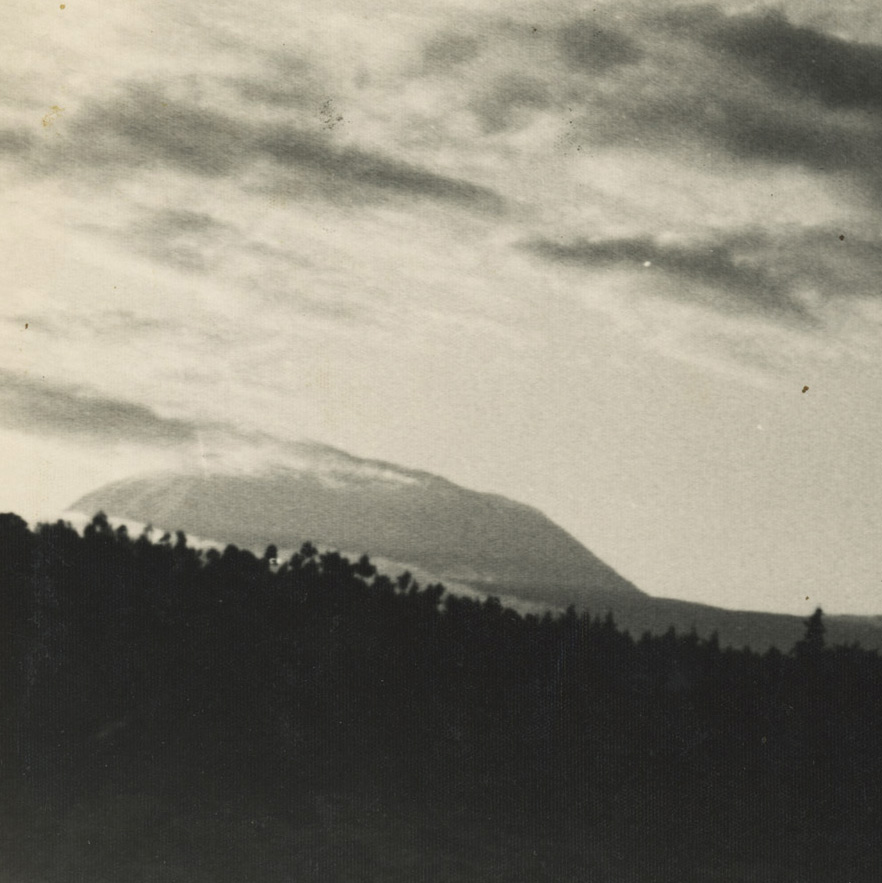 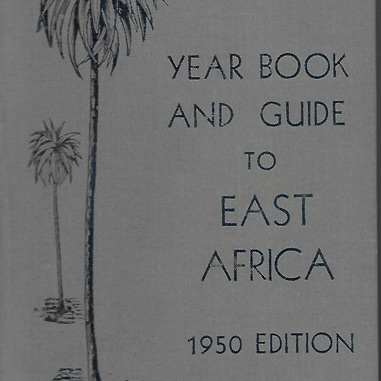 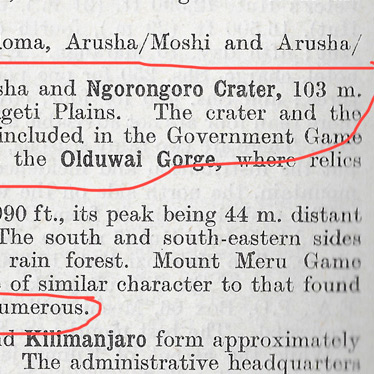 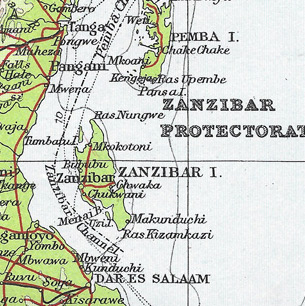 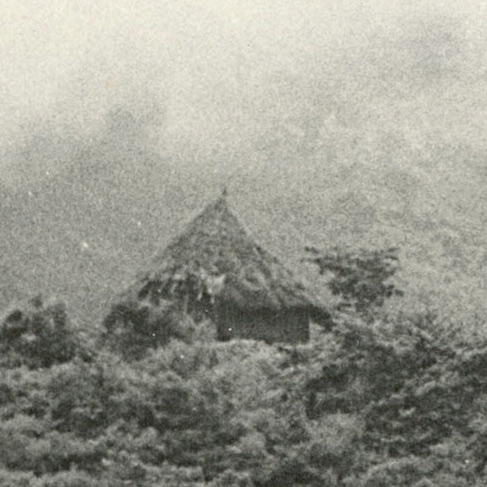 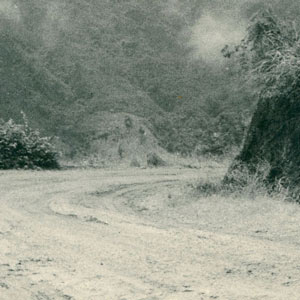 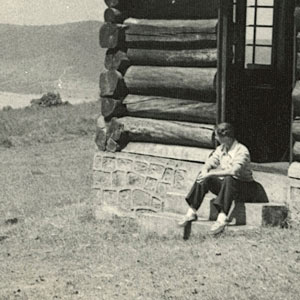