When Clarissa and I got together again, ten years after we had broken up while at University, I felt a great weight lift off my shoulders. For the first time in my life I felt at peace with the world. The years that the locust stole were quite plainly behind me. Clarissa was instrumental in helping me reboot my life. For the first time I began to make some money from my paintings. Then in 1987 there was an important breakthrough moment for me. My first book, Botswana - A Brush with the Wild was published in Johannesburg. The small sum of money that my book earned me eclipsed all that I had earned as an artist in the previous 10 years! This psychological boost came at just the right moment because I was barely surviving and having serious thoughts' of quitting. The launch party for the book was held at the Everard Read Gallery in Johannesburg. Eleanor-Mary Cadell, the owner of Acorn Publishers, was able to arrange this because she had just published a lavish book of paintings by another of their artists - Gail Daroll. When she told me where the venue for the launch would be - it was music to my ears. Years before this I had targeted the gallery as the one I wanted to represent me. So this became my big chance to get my foot in the door and then blow it wide open. As a result of this introduction I had my first solo show later that year at the Sanderling Gallery (which was owned by Everard Read) and all the paintings sold out. It had taken me ten long hard years to get to that point in my journey to becoming a real artist. And that is the reality of dreams - sometimes an age passes by before they come true. Then to cap off what turned out to be a great year Clarissa and I were married in a tiny Rhennish Church on the outskirts of Swakopmund, Namibia.
The Show: 22 ►

1/13 : Back together again. At Swakopmund with some paintings completed in Botswana. 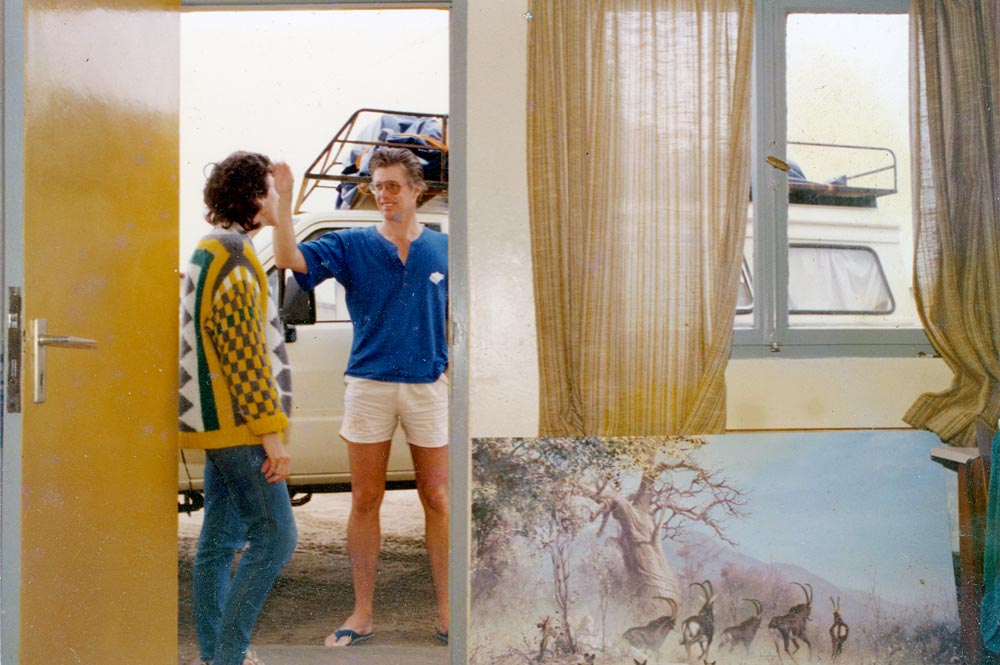 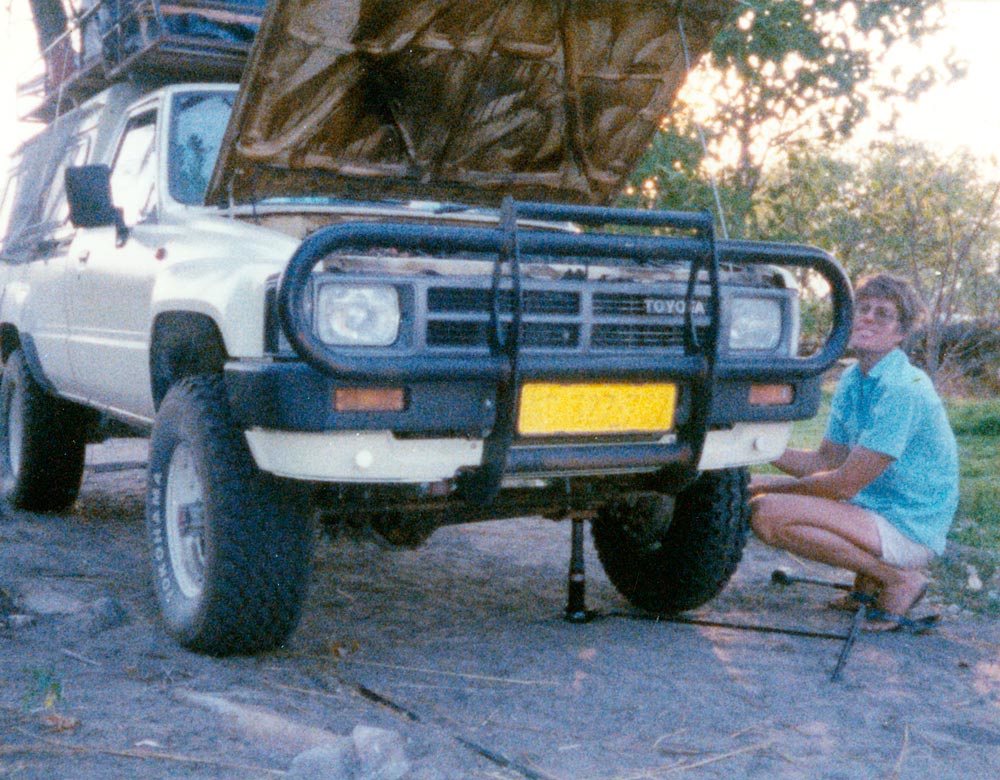 3/13 : Clarissa, some freshly baked bread and a painting done in my studio tent at Walvis Bay. 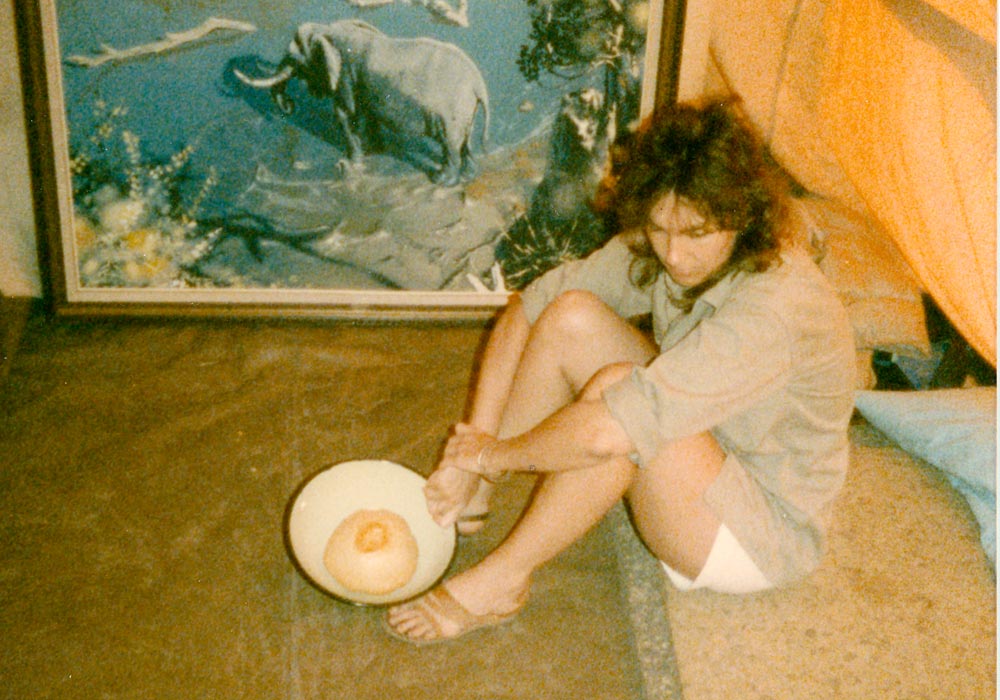 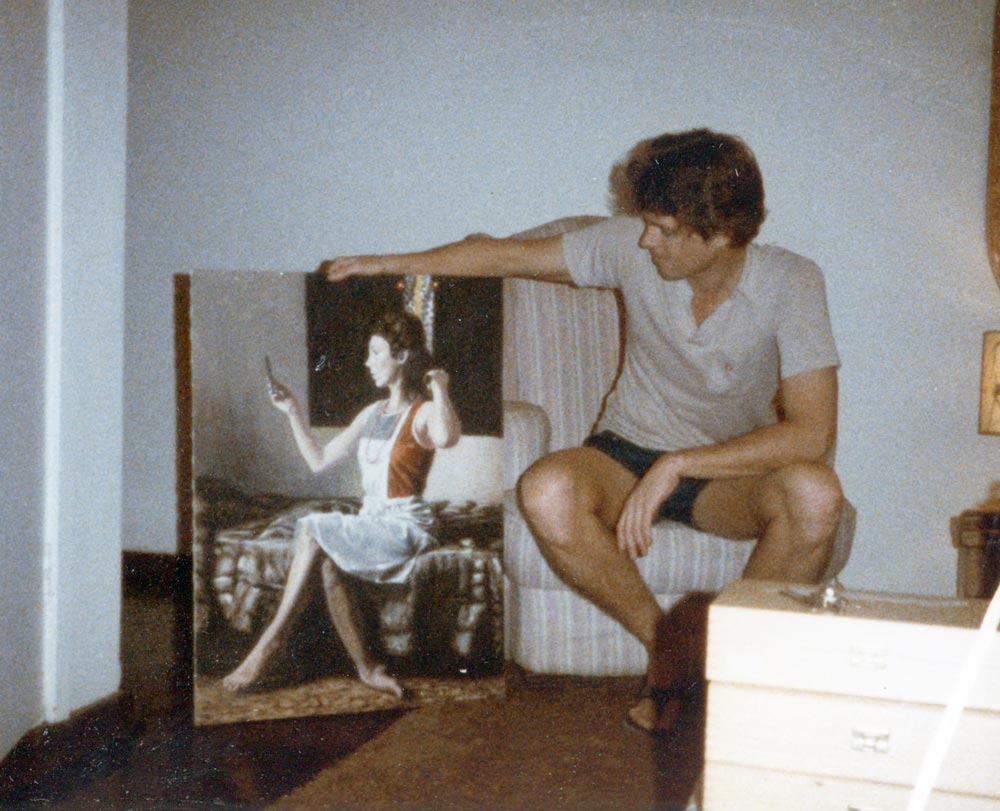 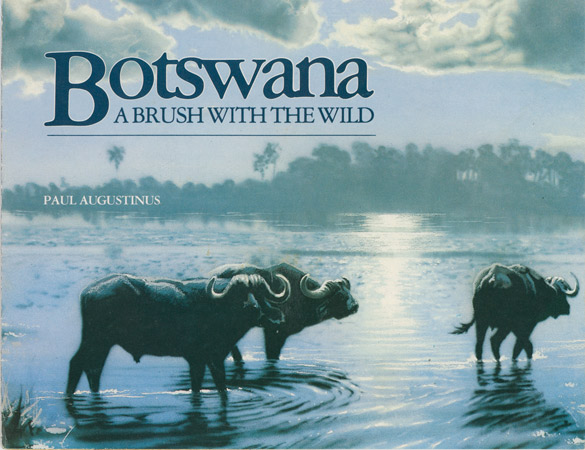 6/13 : The launch party was held at the Everard Read Gallery in Johannesburg. 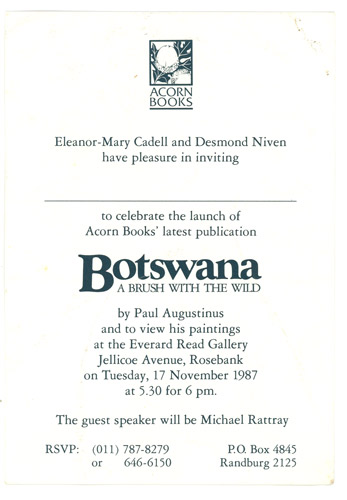 7/13 : I made more from this book than I had made in the previous ten years.

8/13 : The payoff for me was a solo show opened by Mark Read at his new gallery. 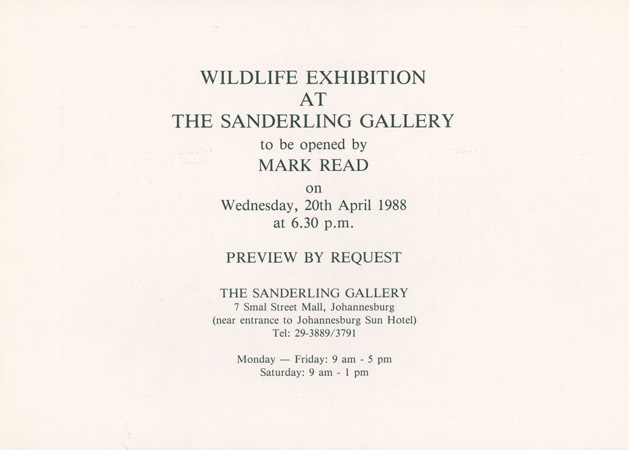 9/13 : This show was my first ever. Twenty years later I would discover something unbelievable about this show. 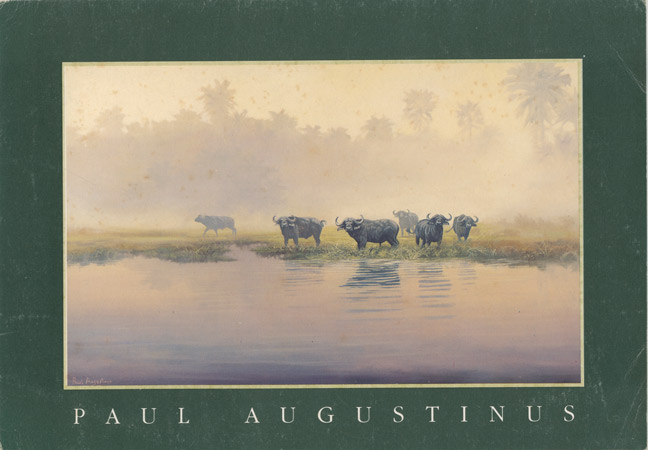 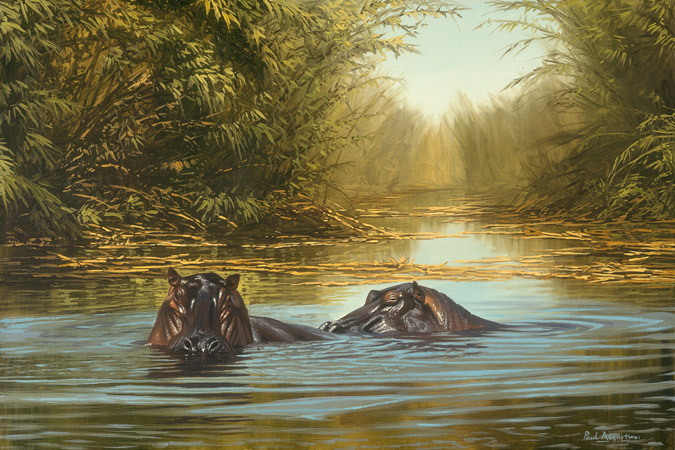 11/13 : Another of the paintings - completed at Linyanti campsite. 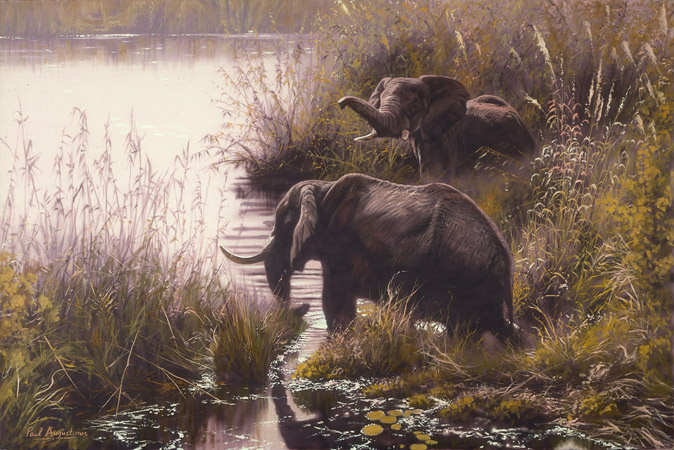 12/13 : Another painting - completed at Linyanti campsite. 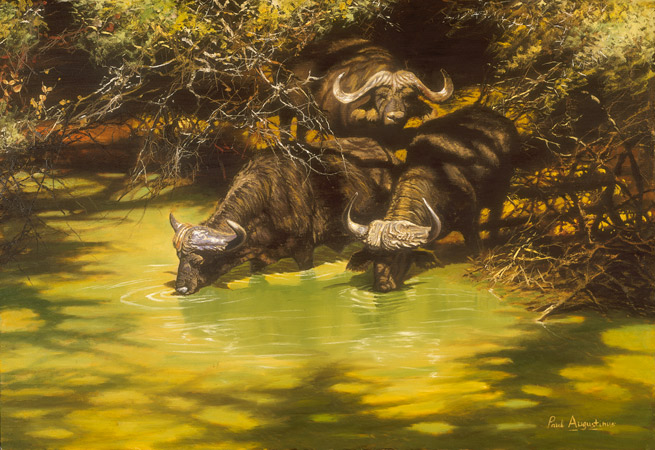 13/13 : We get married in a small Rhenish church at Swakopmund. 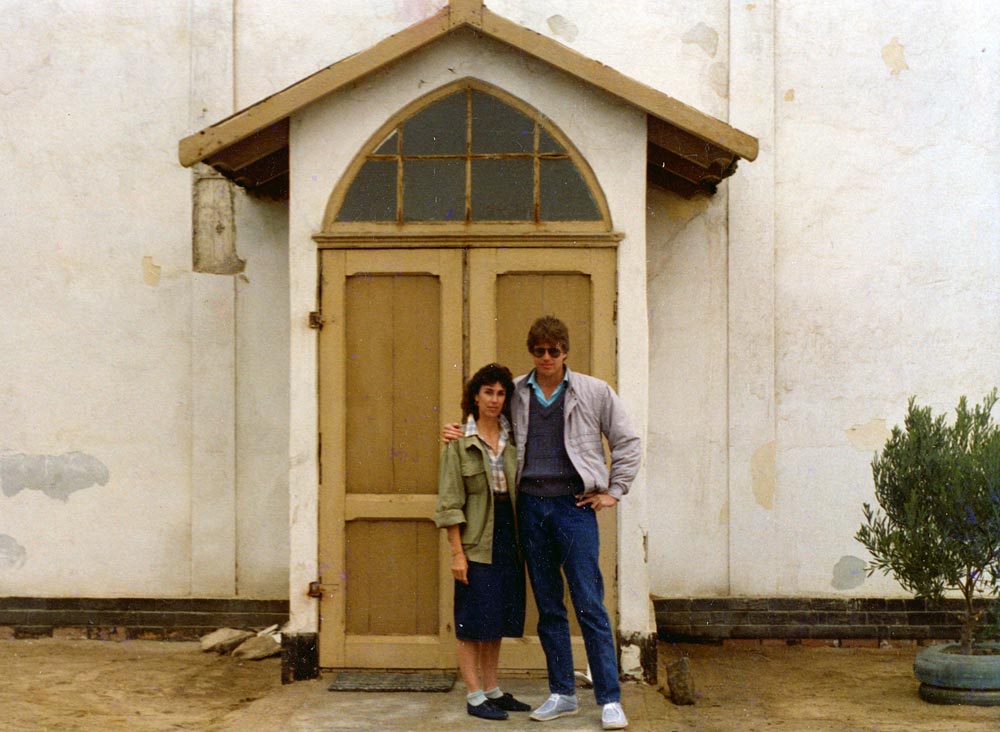 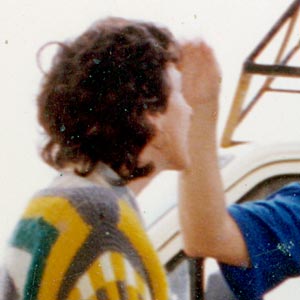 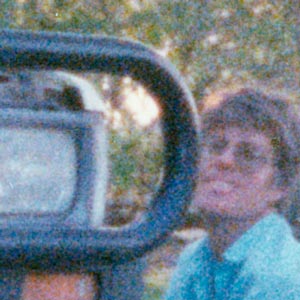 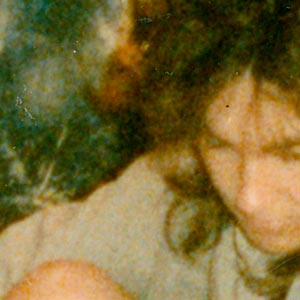 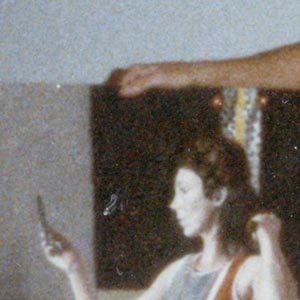 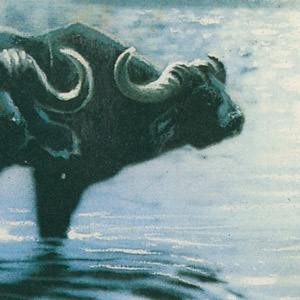 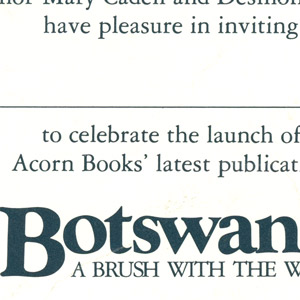 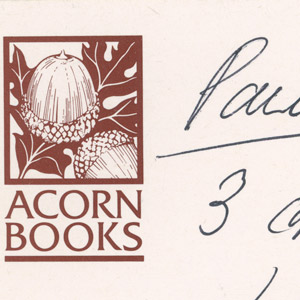 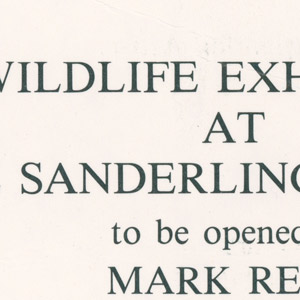 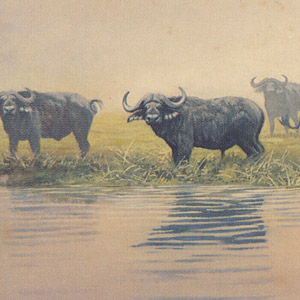 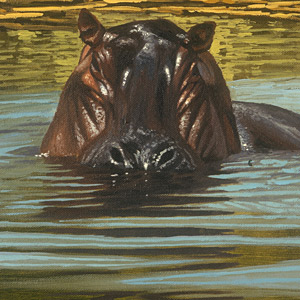 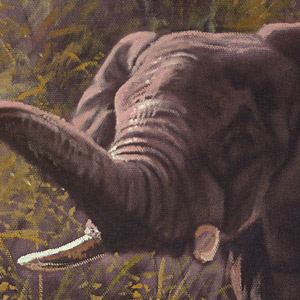 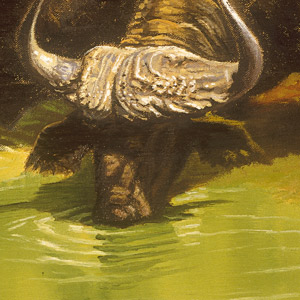 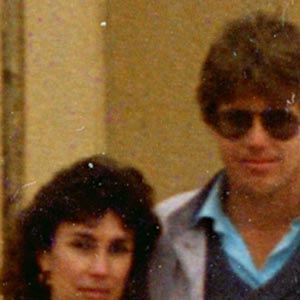