Most of the time we lived in Dar es Salaam, on the top floor of TanCot House - the tallest building in the city in the 1950s. The view out over the Harbor bay from our apartment was magnificent. A short drive away was Bagamoyo beach, where I spent many afternoons with our big black Alsatian, Klavs. Martin & Paul Tanganyika Ltd. did well and they built the first deep-water quay for the harbor using a revolutionary underwater technique with concrete that had been thought up by my father. Our TanCot apartment soon filled up with expensive furnishings. My mother had her portrait painted by Rankin, and she owned the first MGB sports car in Dar es Salaam. They were members of the Dar es Salaam Club and also bought a small yacht. From our veranda, which overlooked the Yacht Club, we could see that yacht at its moorings on the bay. My father was passionately interested in photography and he bought a Leica M3 with a Visoflex finder and several Leica lenses. He used to take many photographs of my mother posing on dhows, in evening gowns and on the beach. I often got a chance to look through the viewfinder of the Leica. I had noticed that the ground glass image in the reflex finder made the real world look more interesting than it actually was in real life. This was where I got my interest in all things photographic.
At work my father preferred to spend his days in the office designing futuristic buildings that no one was interested in building at that time. His business partner, Jack Dickenson, once declared to my mother "He lives in a dream world and never seems to be able to stay on site!" He would also return to the office after lunches at the Club with the scent of whiskey on his breath, which was one of the reasons why J.L. Keir (fellow Dane and future industrialist in the UK) had banished him to East Africa from London in the first place.
The Show: 8 ► 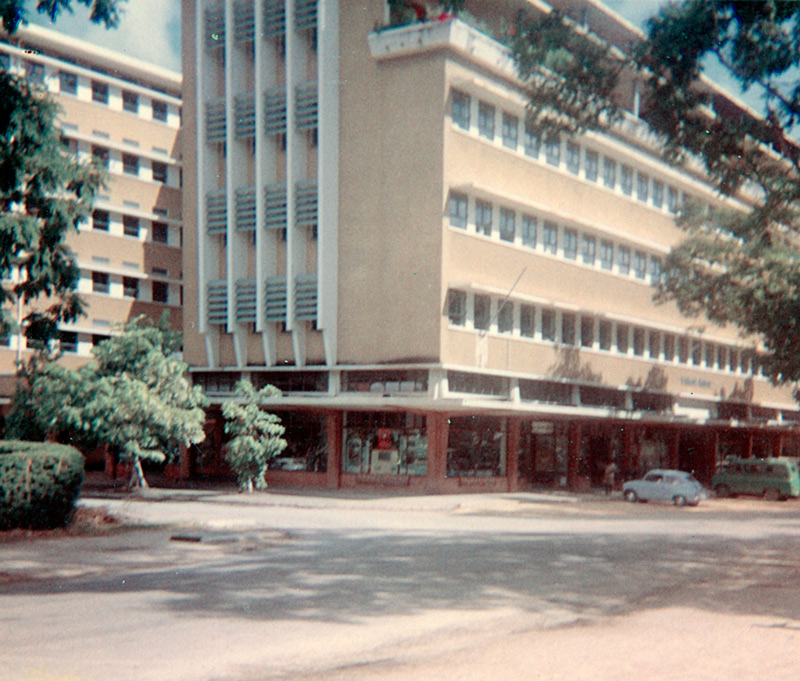 2/8: We lived on the top floor in a large apartment. 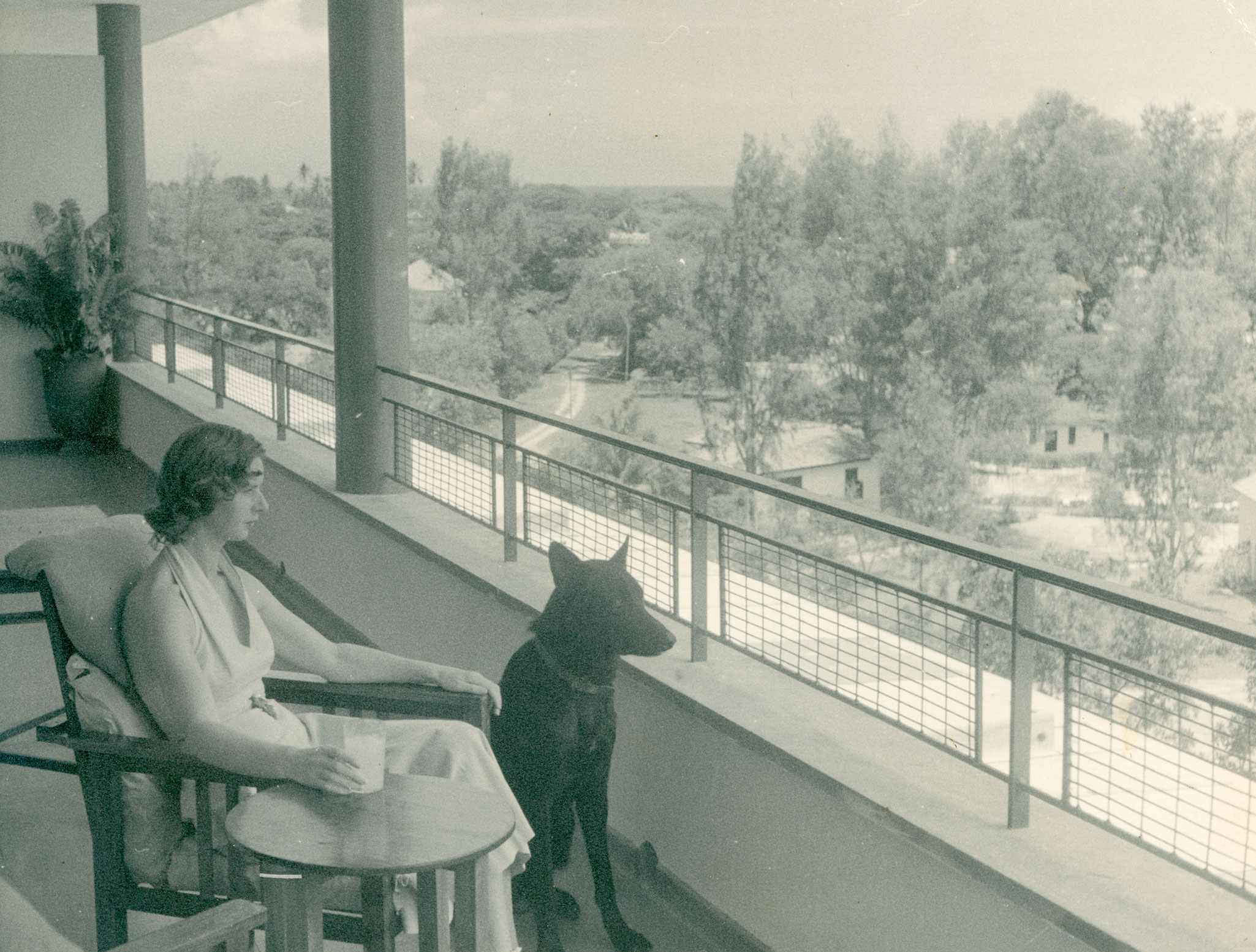 3/8: The view was out over the harbor towards the Yacht Club.

4/8: What a way to grow up - warm tropical water, yellow sand and whispering palm trees. 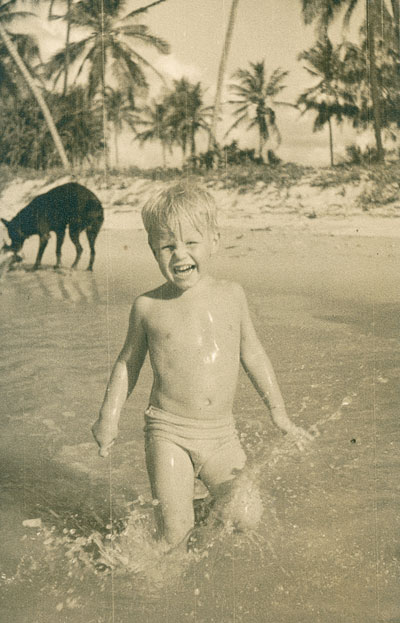 5/8: Klavs, my dog, could be aggressive as well as playful. 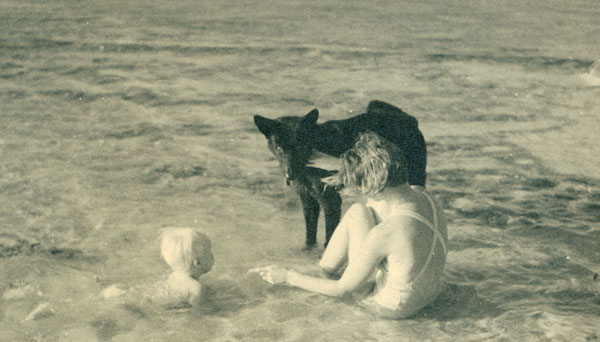 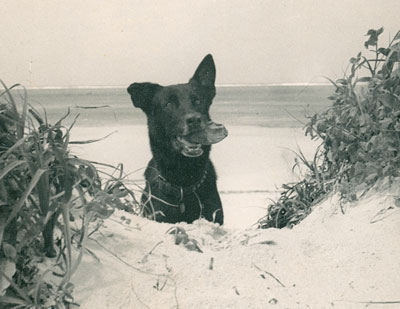 7/8: This was my socialite mom dressed in an expensive French evening dress and ready for another Tancot House party. 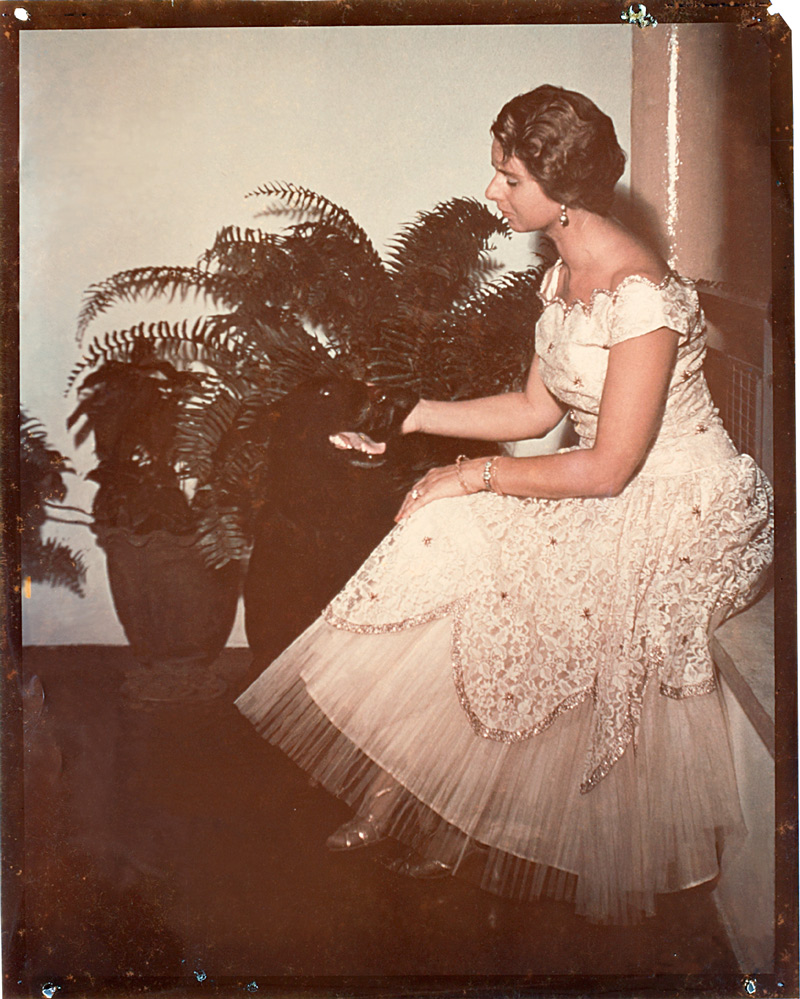 8/8: The Rankin portrait of my mother shows her in a serious mood. Maybe she know that the good times were almost over for her. 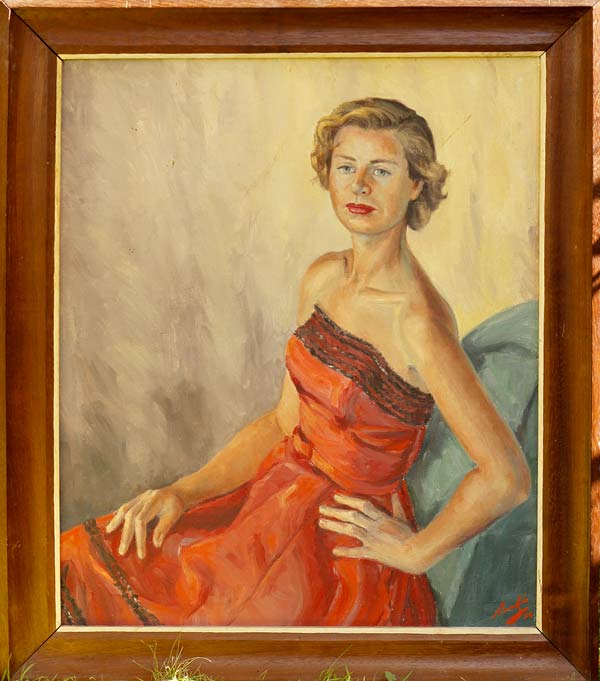 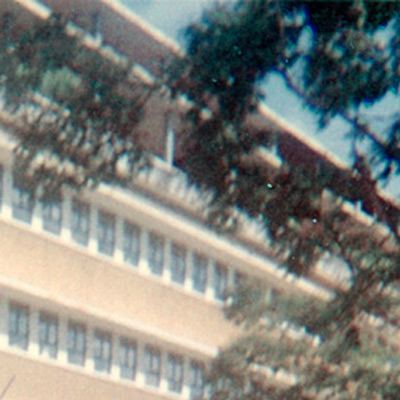 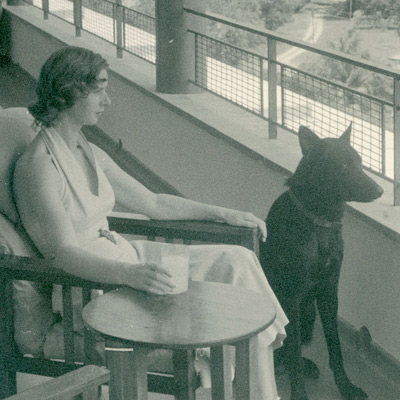 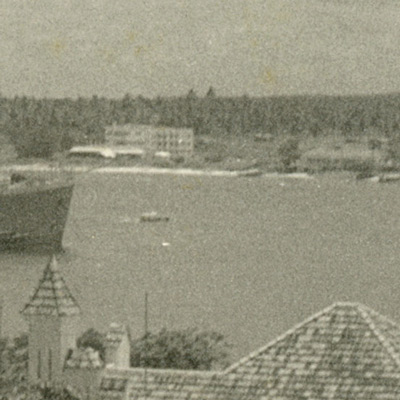 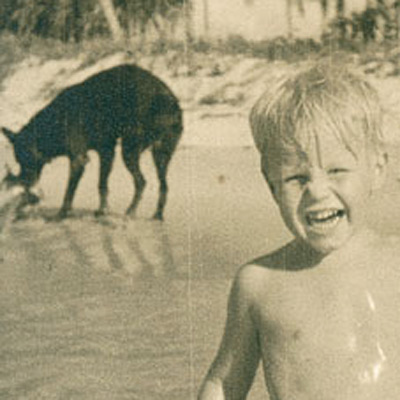 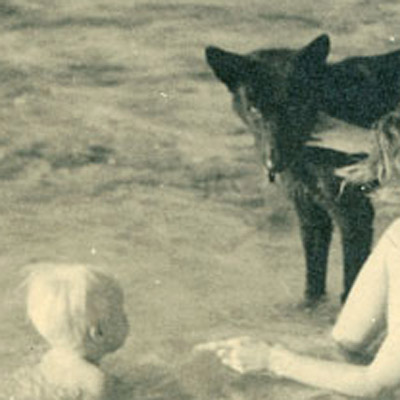 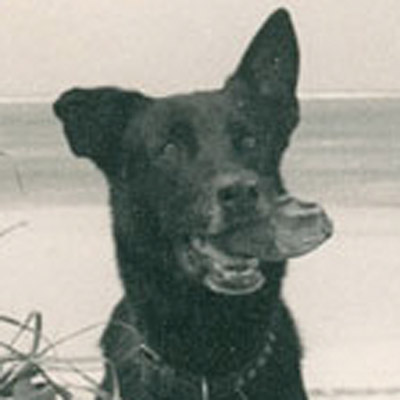 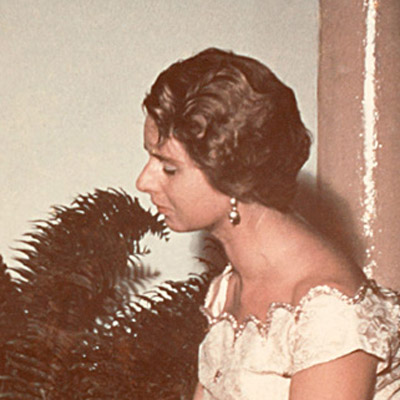 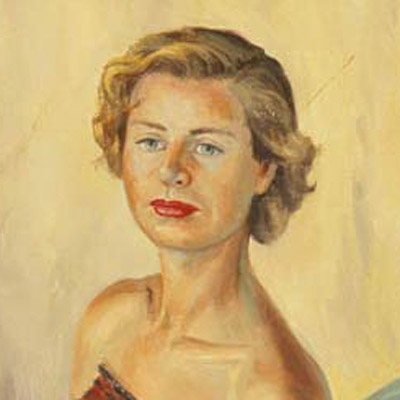