The Swahili Coast
My source of Inspiration

Having grown up in Mombasa I am very partial to the architecture, romance, culture and peoples of the Swahili Coast. My early years on the Swahili Coast were laced with drama, turmoil and great fun. My father and mother were both bohemian romantics who had a strong influence on my life as did the breakup of their marriage in the late 1950s. My surroundings had a similarly strong effect on me. I spent lots of time away from home wandering on my own or with school friends through the Old Town and watching the goings on at the historic and atmospheric Dhow Harbor. In later years this experience expanded to include an appreciation of other parts of the Swahili Coast such as the Lamu, Manda, Kiwayu, Dodori and Boni.
So even today I feel a strong romantic emotion when I visit this part of East Africa, emotions that are reflected in every painting I do of this region. 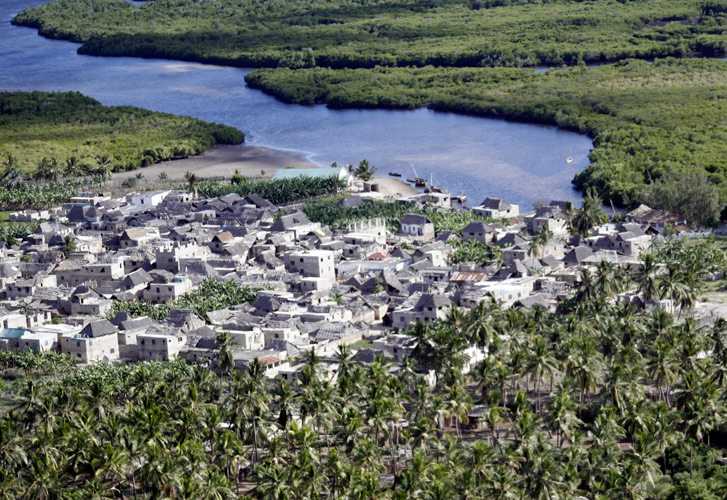 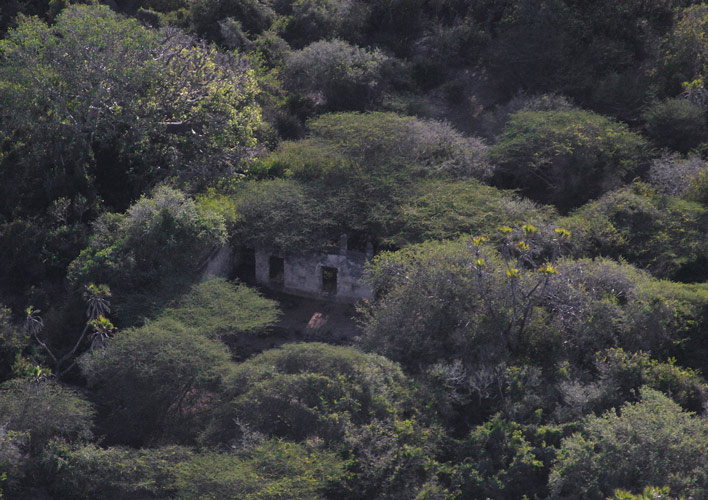 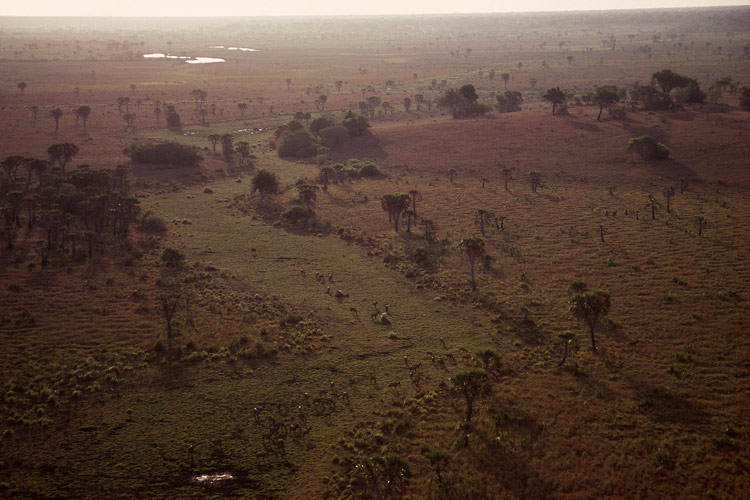 4/15 : The Dodori River - Kenya's secret wilderness on the Somali border. 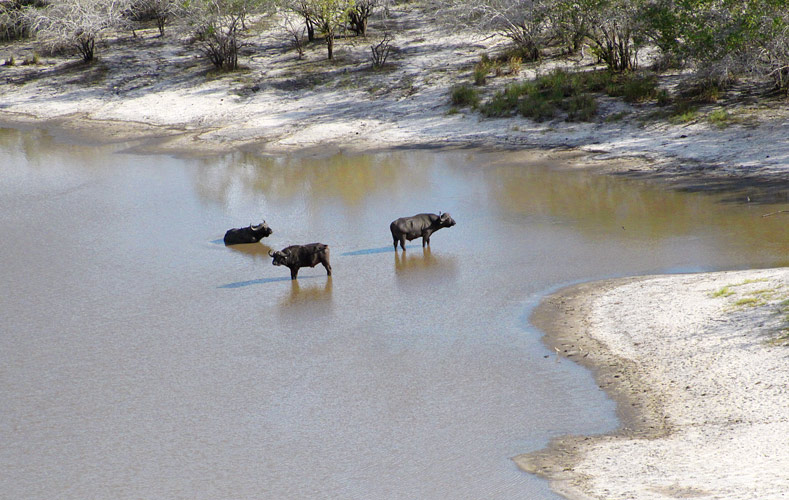 5/15 : Manda Island: A wilderness across the channel from Lamu. 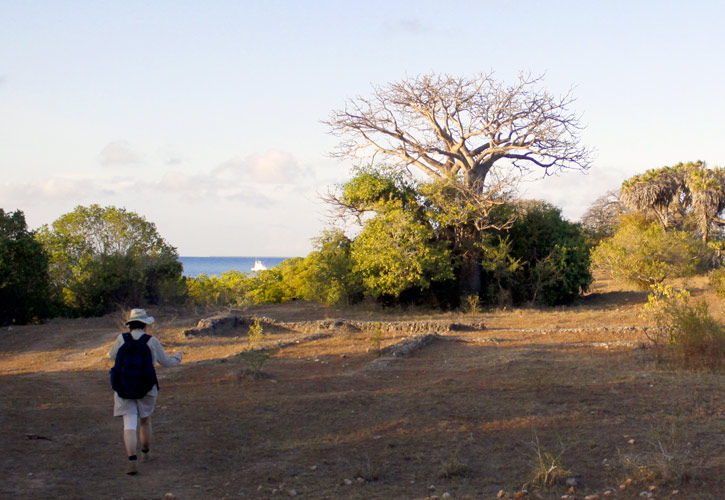 6/15 : Manda Island: The ruins on the Northern part of the island. 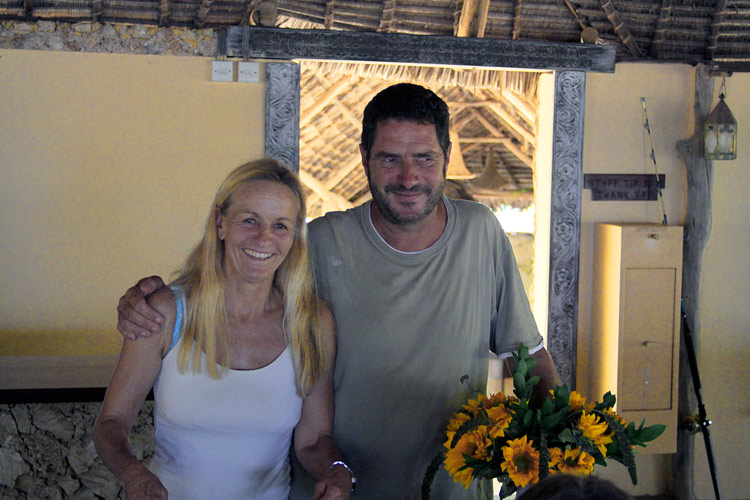 8/15 : Manda Island wildlife sometimes is afflicted by a drought. 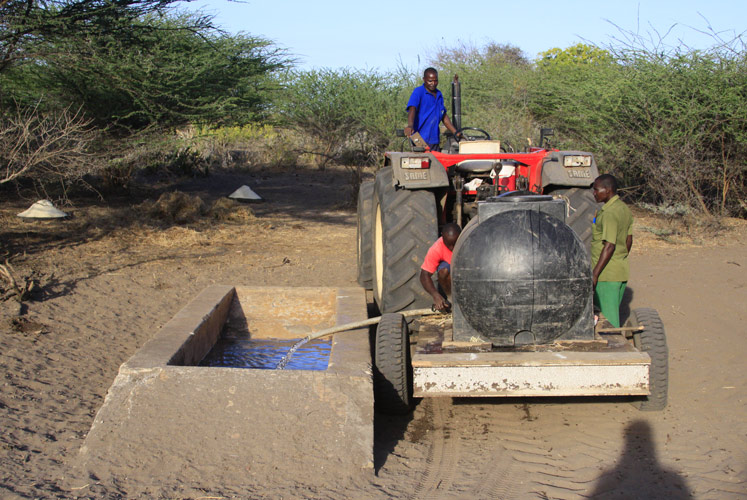 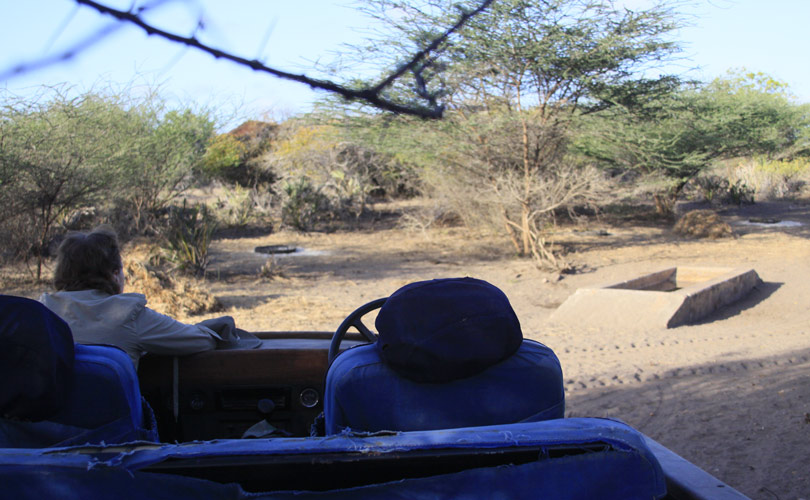 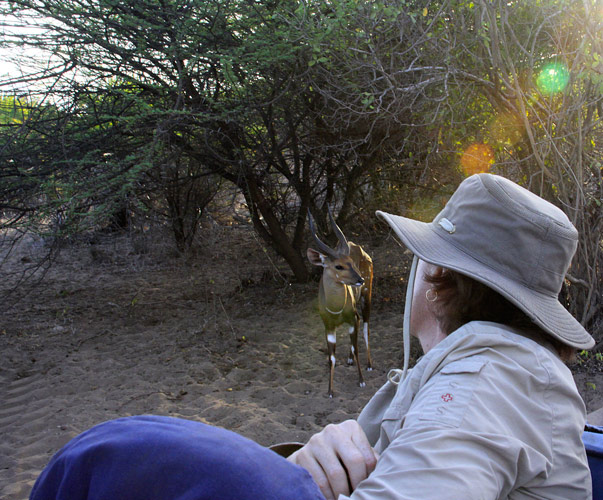 11/15 : Then a Manda Island buffalo walks into view after the sun has set. 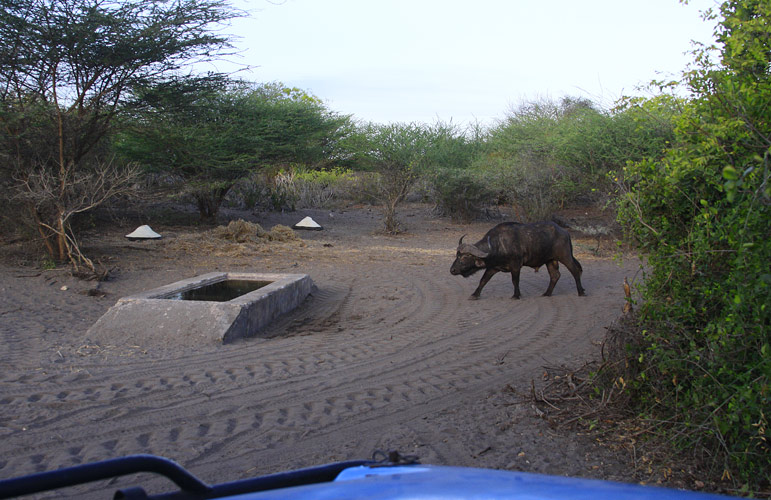 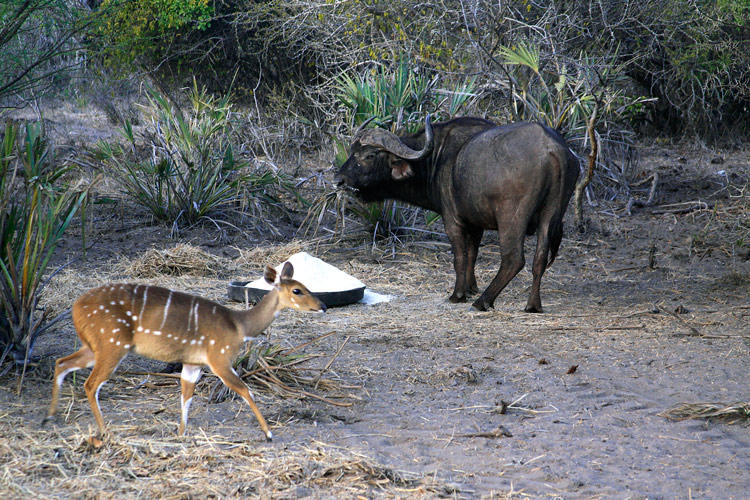 13/15 : The friendship between the driver and a wild buffalo bull. 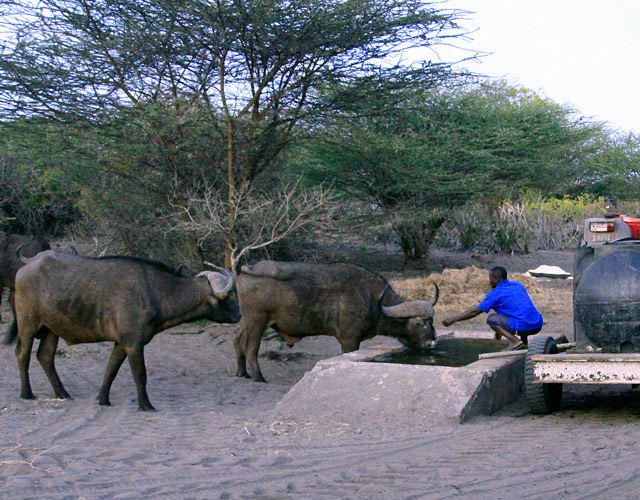 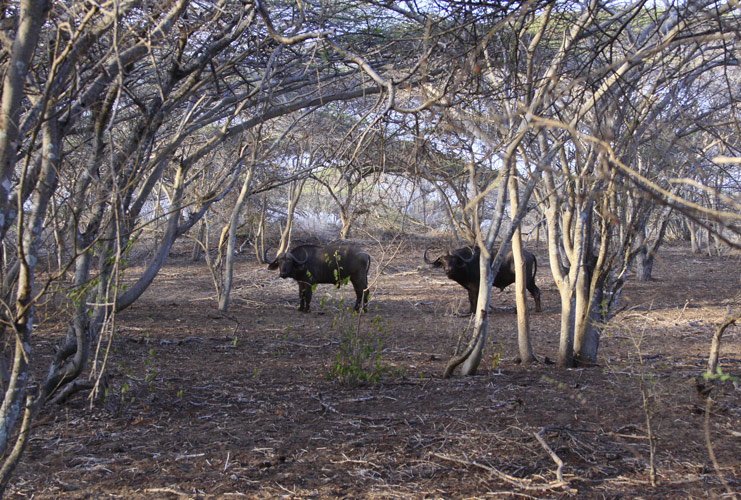 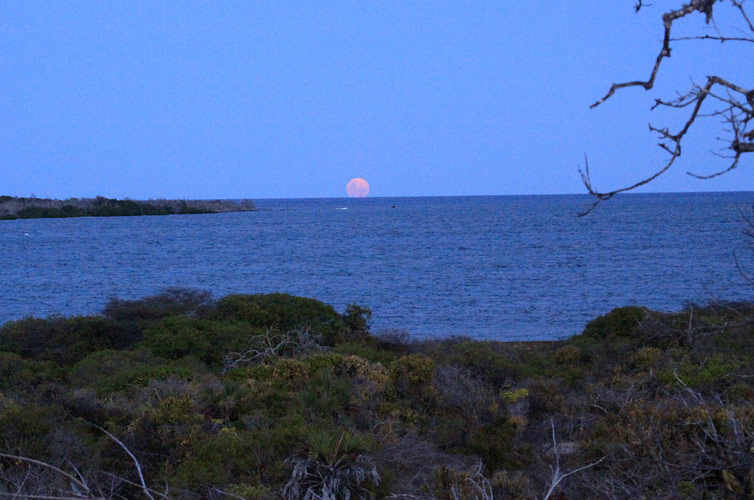 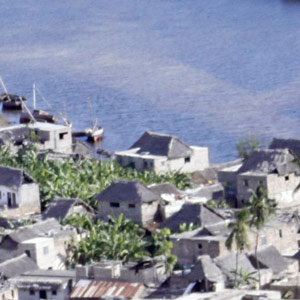 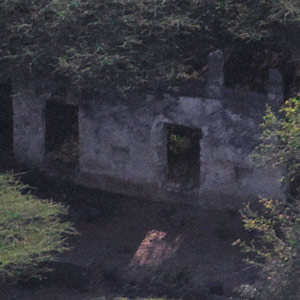 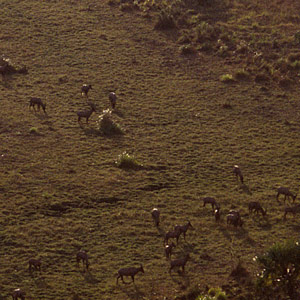 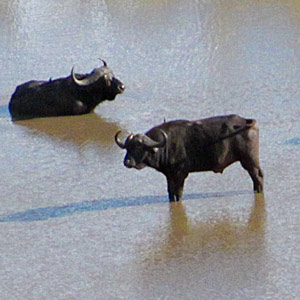 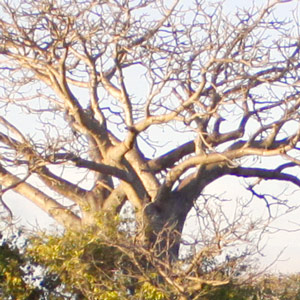 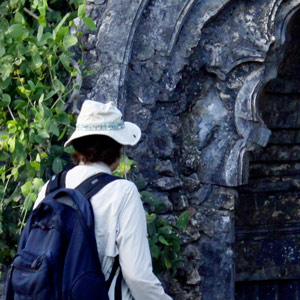 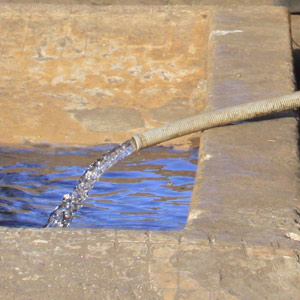 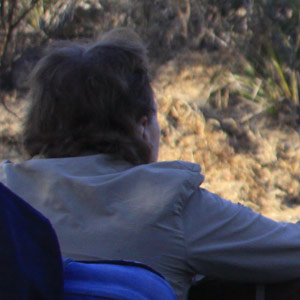 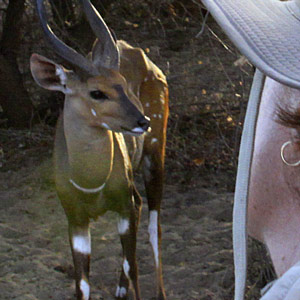 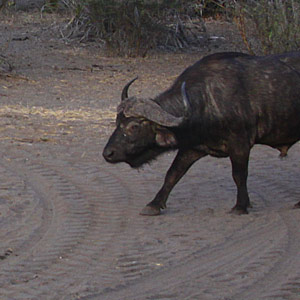 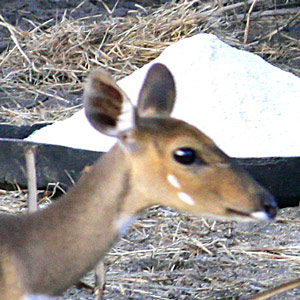 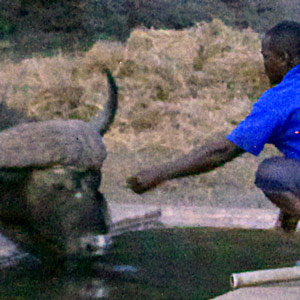 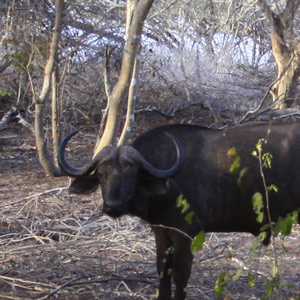 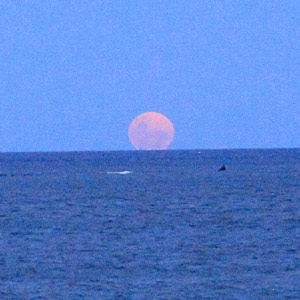