The Show: 27
GHOSTS OF THE SEYCHELLES

One of the consequences of finding Jackie was that I finally found out what had happened to my father and Gisele after they had departed East Africa fifty years before. She told me that after a year in the UK they had arrived in the Seychelles in late 1965. My father had been sent there by Keir & Co to open an office on Mahe. However he resigned from that company to start the Seychelles Development Corporation, one of the first companies to start serious development in the country. After that he started his own civil engineering practice.
For a while he and Gisele lived at Beau Vallon where they were befriended by their neighbor Noel Coward who penned a small poem for Gisele on the back of a screenplay he was working on. Later they rented a house overlooking Mahe that had been used by the British to intern Archbishop Makarios during the Cyprus emergency. However, of all the memorabilia delivered to me in Jackie’s package it was a single sheet of A4 paper that really grabbed my attention. This was a photocopy of a small article that my father had written for a newspaper in the Seychelles, LÉcho des Isles, in September 1966.
He wrote "My country Denmark is a small nation of Islanders just like yours and may be that is the reason why I feel so much at home here, but our seas are cold and grey. When I sometimes go back my people seem as old as the many centuries we have lived as a nation. No new thoughts, no further achievements to be hoped for in the future. Standing on Gordo Square the other day facing the gigantic monument of Trois Frères and seeing all around the evidence of a people emerging as a nation is nothing less than an inspiration and may God help us to keep our heads clear and hopes high."
These are the only words of his that I have, words echoing down to me from the distant past. When I read the article he had written, my cardboard-cutout mental image of my father was swept away and for the first time I saw a real person standing before me!
The Show: 28 ►

1/6 : My father becomes the Danish Consul in the Seychelles.

2/6 : Gisele and my father Knud (second right and far left) at Sans Souci. 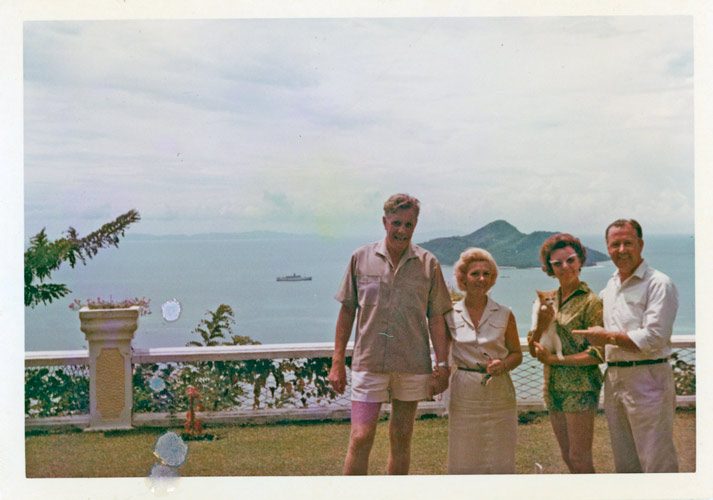 3/6 : An autographed photo from Noel Coward, my father and Gisele's friend and neighbor at Beau Vallon. 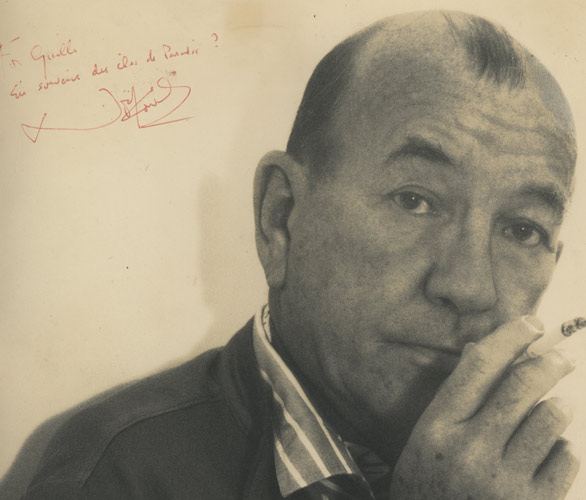 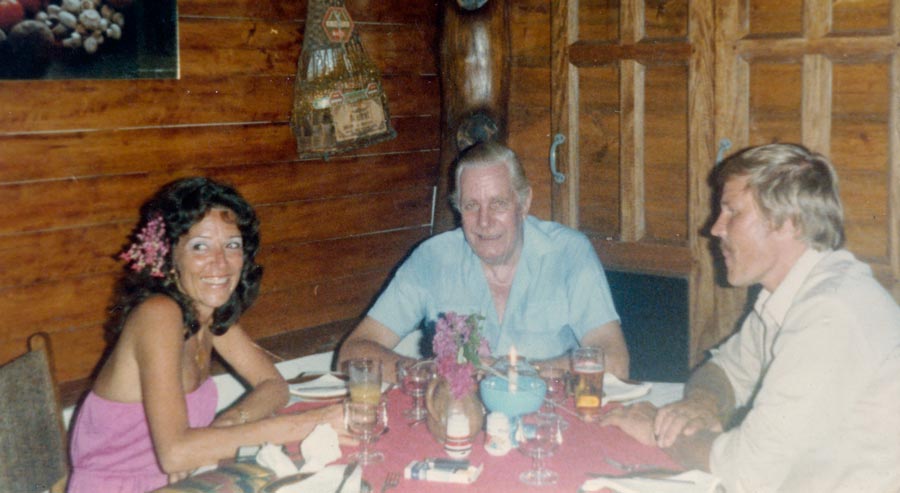 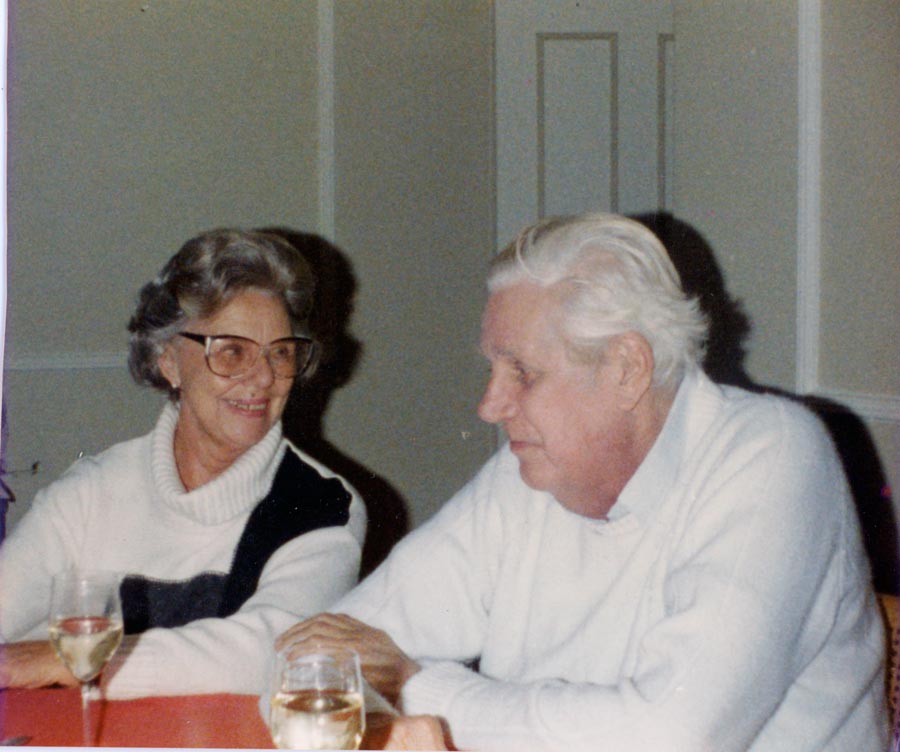 6/6 : In 2009 I discovered this letter addressed to me. It had lain unopened in a correspondence file for twenty years. 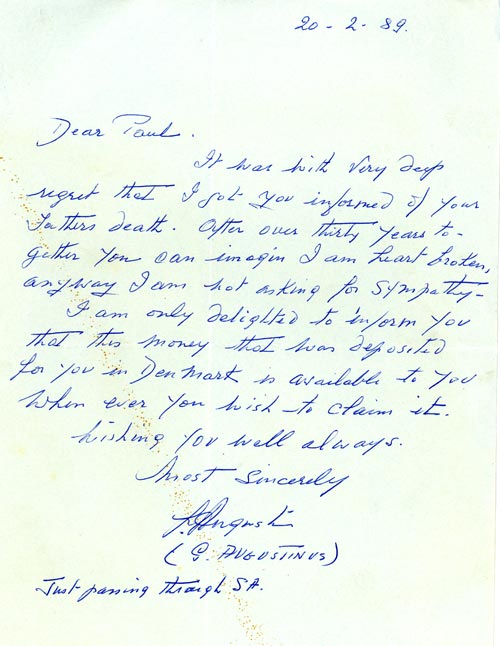 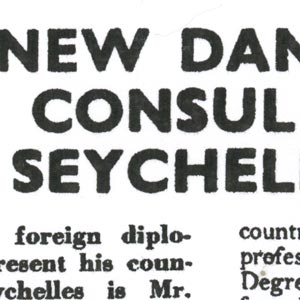 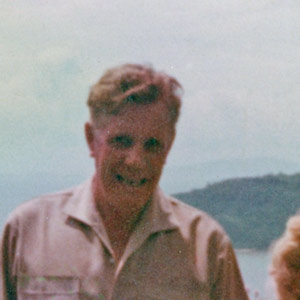 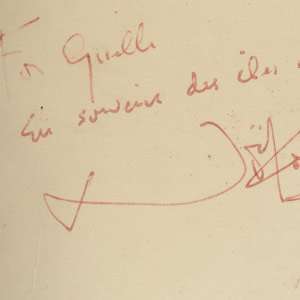 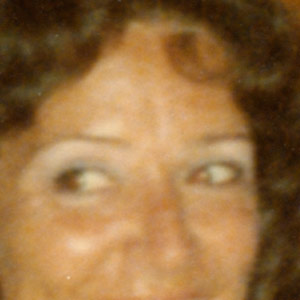 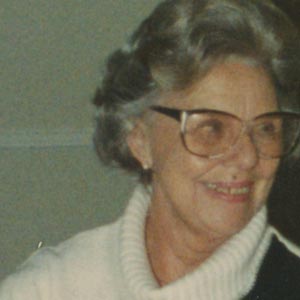 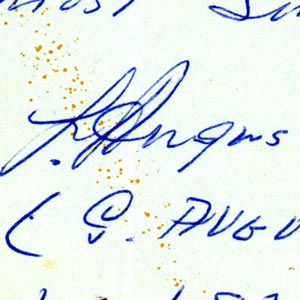