The Show: 23
NDOKI - MY EVEREST CLIMBED

In 1996 Clarissa and I traveled to Congo Brazzaville on an adventure that took us two years to organize. This journey was the most important one I would ever undertake. This is still the case although since then Clarissa and I have traveled extensively in search of material for paintings in many diverse and wilderness locations throughout Africa and the rest of the world. The reason why Ndoki was so special to me was because it was the last place in Africa I could find that was still mostly unexplored, untouched and with intact populations of wildlife. It was very difficult to access because of local politics, warlords and the remoteness of its pristine, fever-ridden rainforest tracts. There was also considerable personal risk involved as Congo Brazzaville was emerging from a civil war. The rainforest is also a very unhealthy place to be if you spend too much time there. But I knew this was where I would find what I had been searching for all my life ever since that school holiday at Tsavo in 1960 when I had done my first sketches of wildlife. Likewise I planned to do field paintings at Ndoki. I also intended to make a broadcast quality film of our experiences in the rainforest - a film that had its roots in Zimbabwe when my mother had taken me down to Mana Pools Game Reserve in 1960 so that I could make a home movie for a Geography project.
To get to Ndoki we flew to Brazzaville. After that we traveled to Ouesso in the north where we used a huge dugout to take us to Bomasa on the edge of the Ndoki rainforest region. Here we hired a vehicle to take us deep inside the rainforest wilderness to the village of Ndoki. This was where we picked up our Benjele (forest dwelling hunter gathers previously known as pygmies) porters for the adventure that lay ahead. Over the course of the next three months we trekked through unexplored rainforest tracts where we encountered forest elephant, bongo, gorilla and chimps. We got sick several times, our porters rebelled and at the very end of our stay in the Congo we were arrested while on the way back to Brazzaville and all our equipment, film and paintings were confiscated*. But I didn't care! We had experienced something that was priceless. When we returned to Durban I felt a huge weight lift from my shoulders because finally I had satisfied my childhood obsession with Africa's wildlife and wilderness and I felt strangely free because of that.

*Our equipment, tape and film were eventually returned to us by the Congolese Government, sending them down to SA with a Government official to give them back to me personally.
The Show: 24 ►

1/11 : The vast trackless expanses of the Ndoki beckoned me like a siren song! 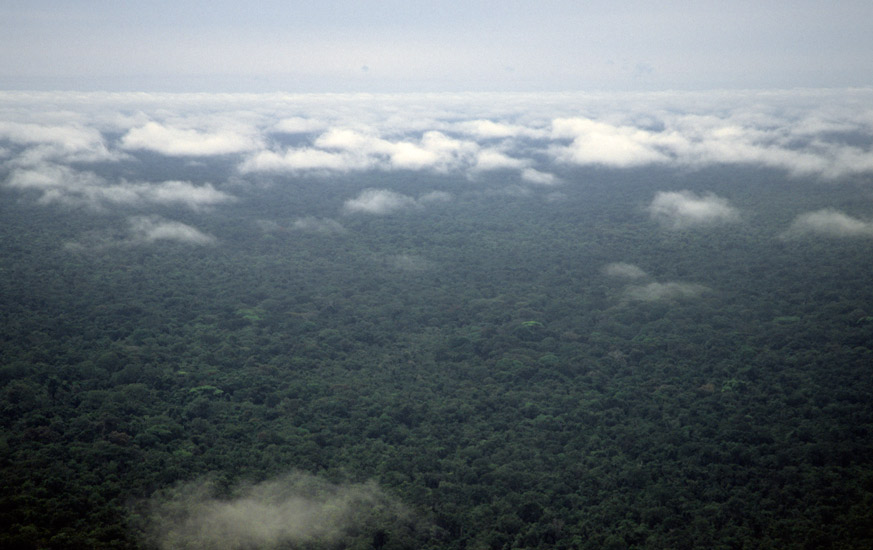 2/11 : We traveled down the Sangha River to Bomassa. 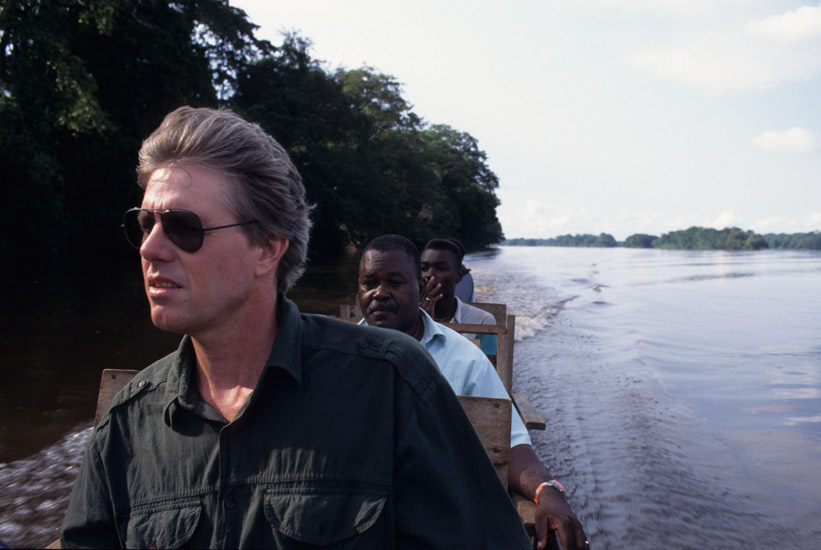 3/11 : Ndoki Village. This is where we collected out porters. 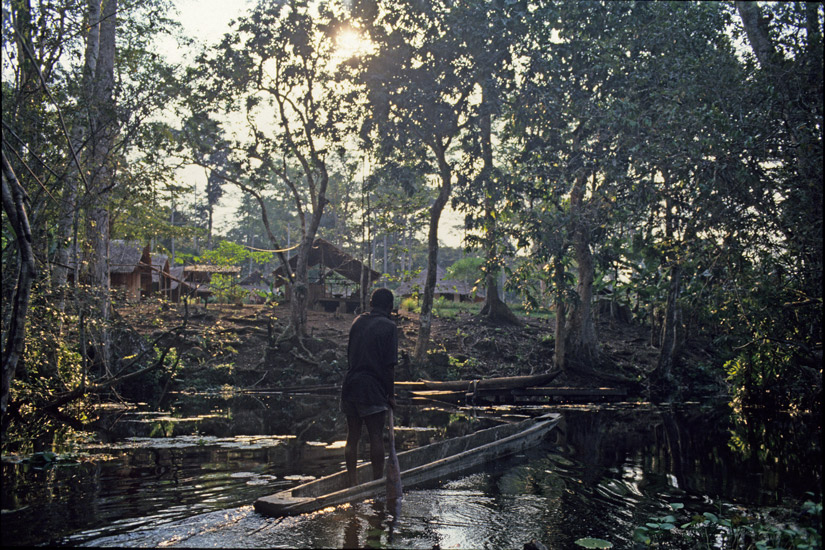 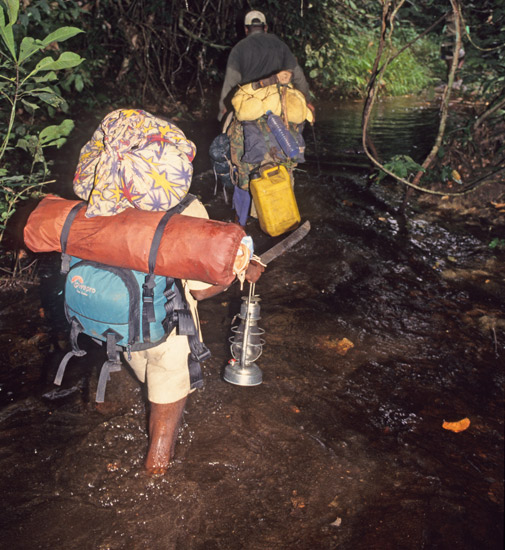 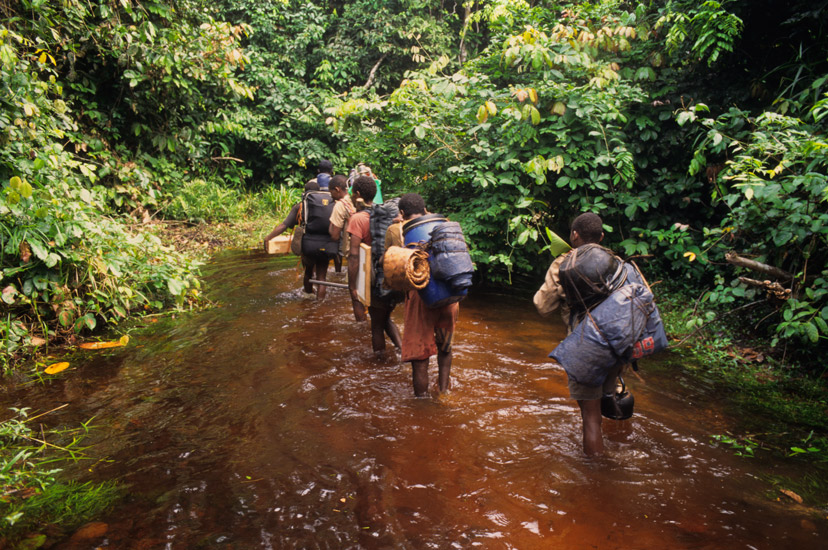 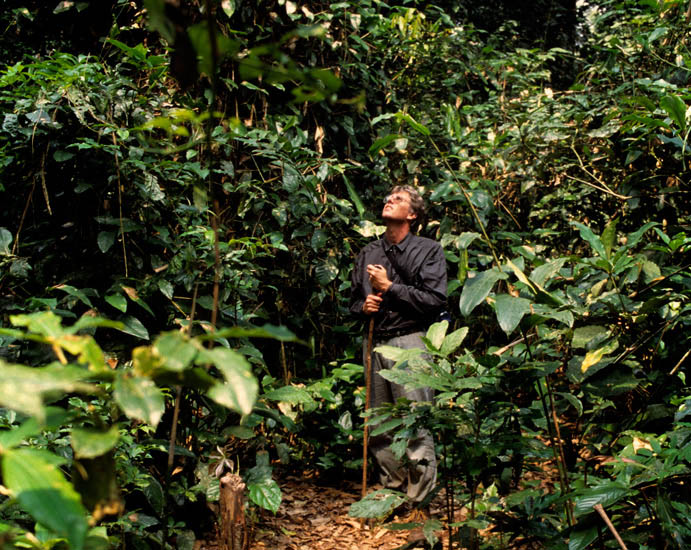 7/11 : When we were looking for wildlife, we walked for hours at a time. 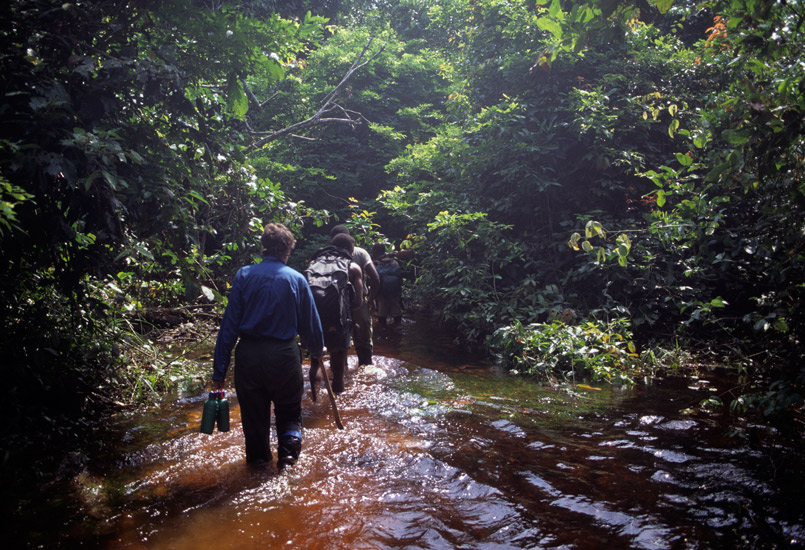 8/11 : We had some very special sightings of wildlife. 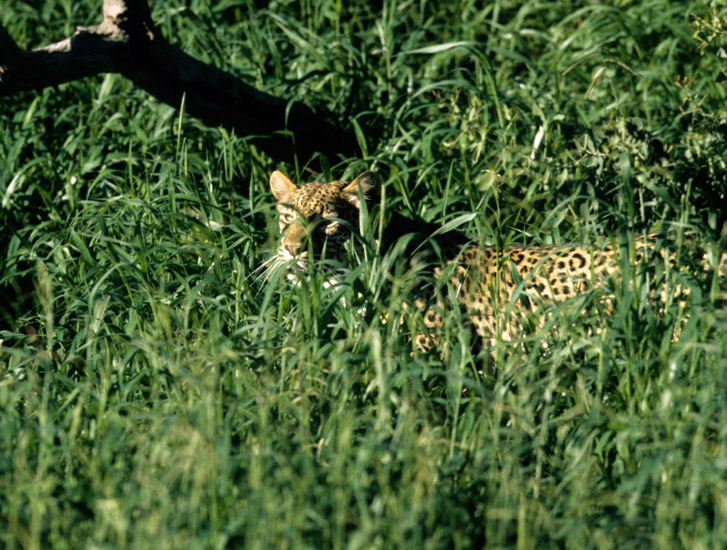 9/11 : These were my first forest elephants. 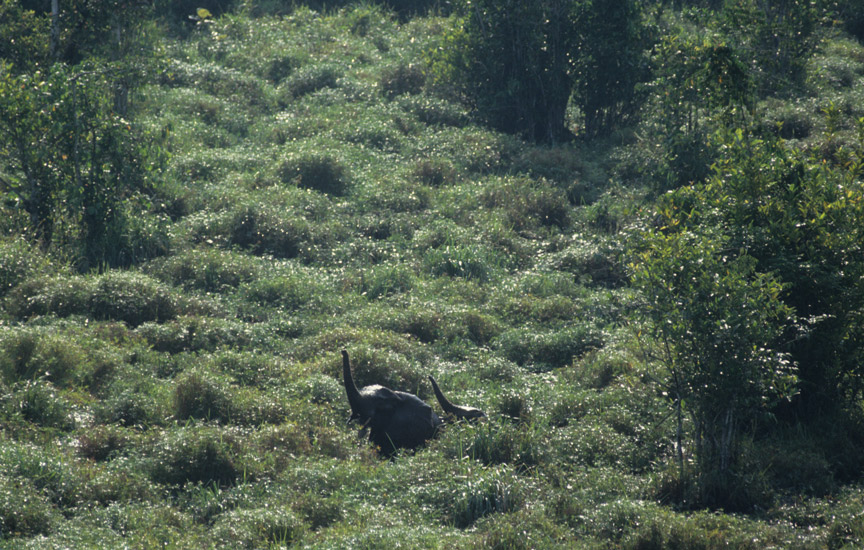 10/11 : This fabulous tusker made the entire journey worthwhile. 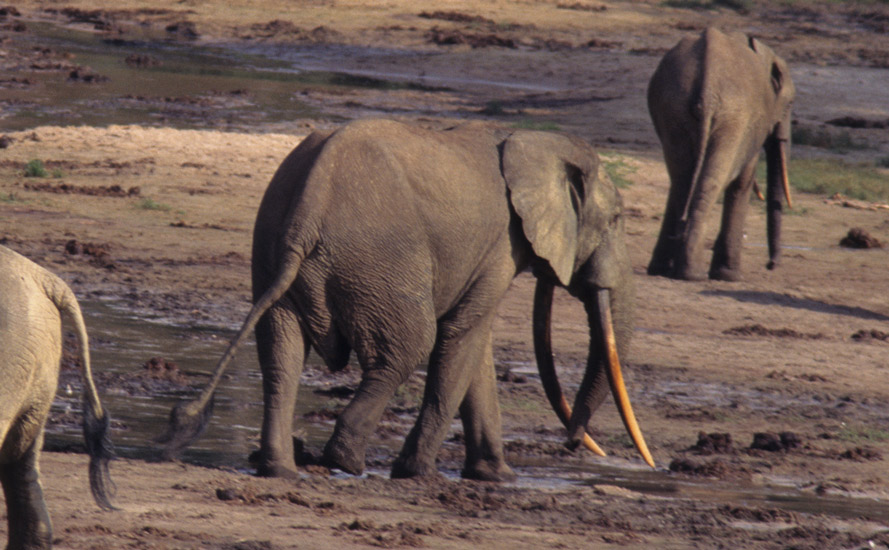 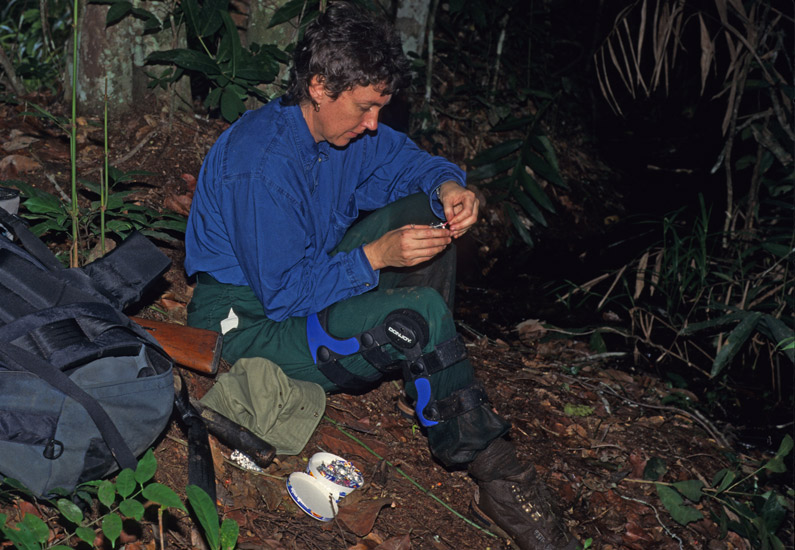 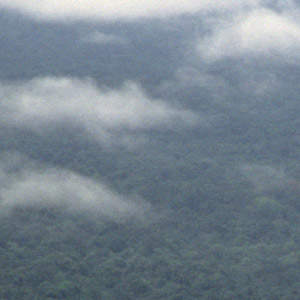 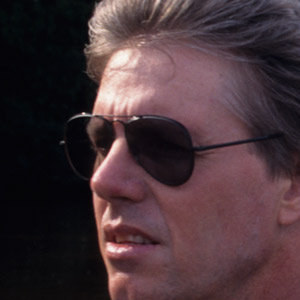 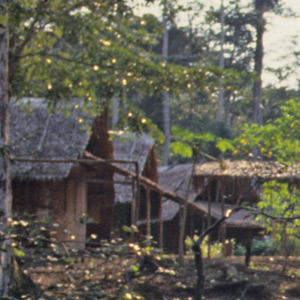 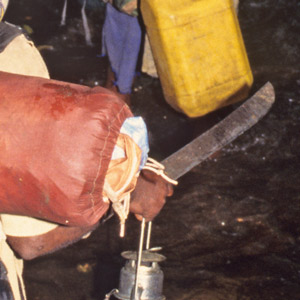 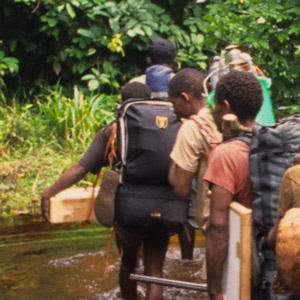 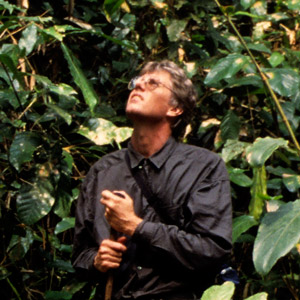 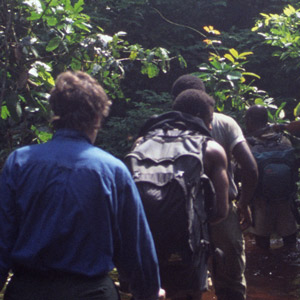 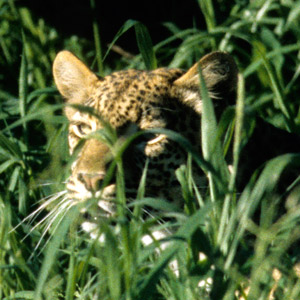 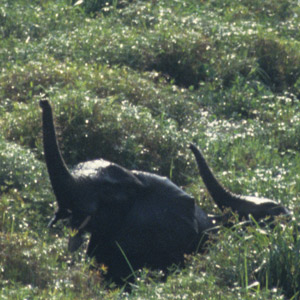 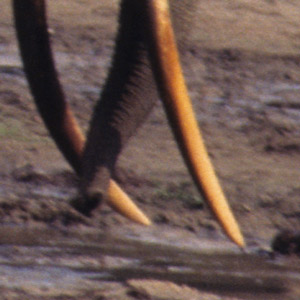 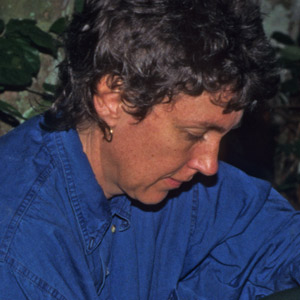