After we had gained some experience backpacking in the Alaska Range we decided to try our luck on the Alaska Peninsula. Without knowing it we headed to the very best place possible for seeing bears fishing for salmon. We also spent 3 weeks canoing through the fantastic Savanoski wilderness. How we survived the physical rigors I will never know?

1/13 : We saw our first brown bear 5 min after we were dropped off by the float-plane. 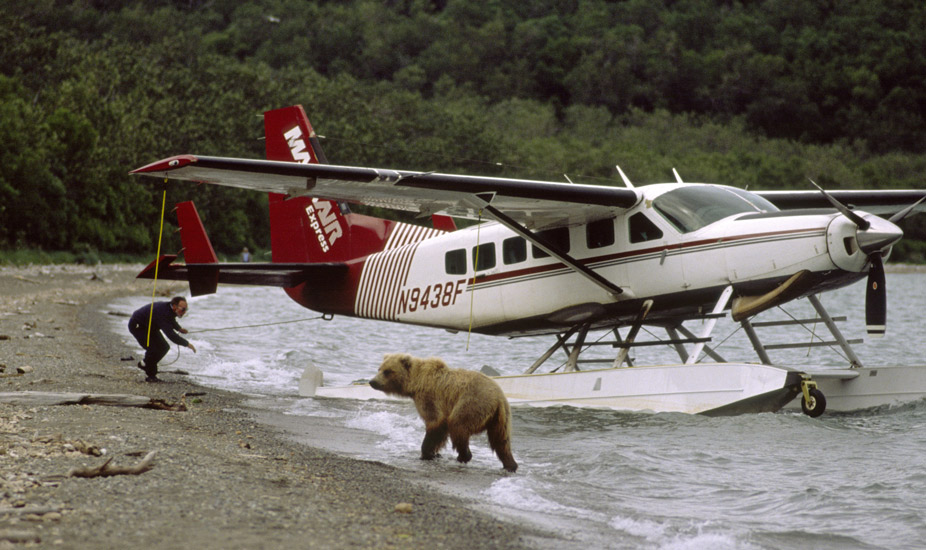 2/13 : We hired a canoe at Katmai HQ. We had no idea how physically demanding this would be! 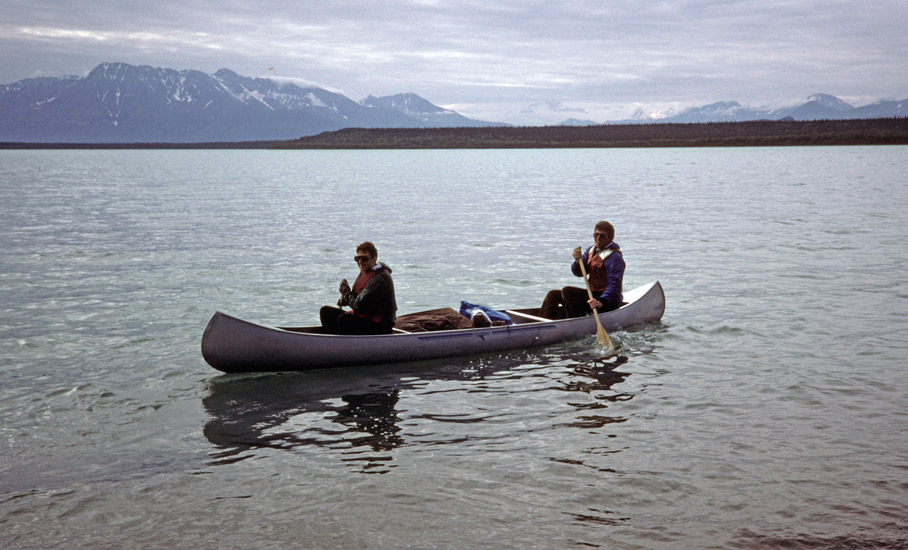 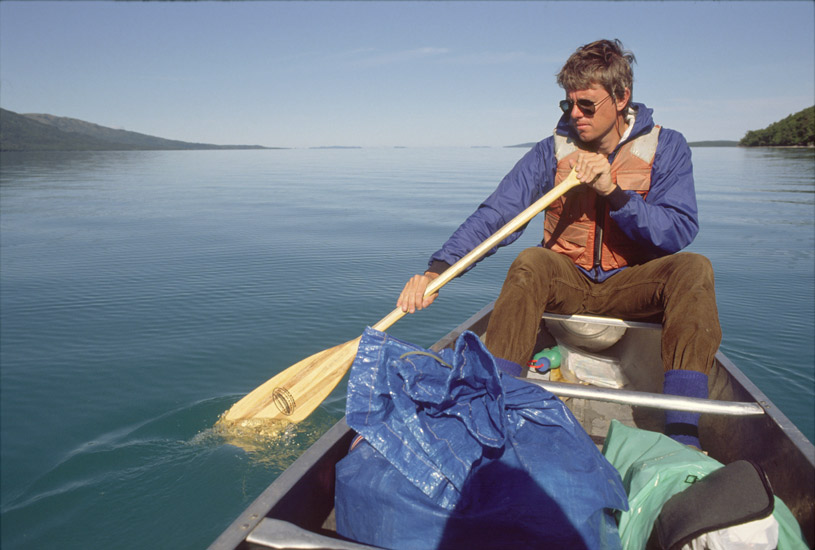 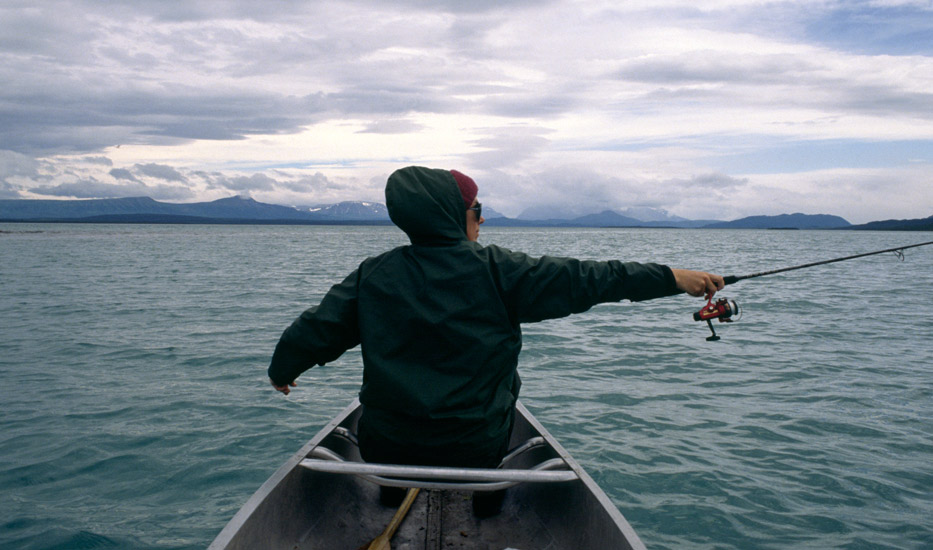 5/13 : Alaskan weather is very fickle. By late afternoon we were only half way across and the water became choppy. 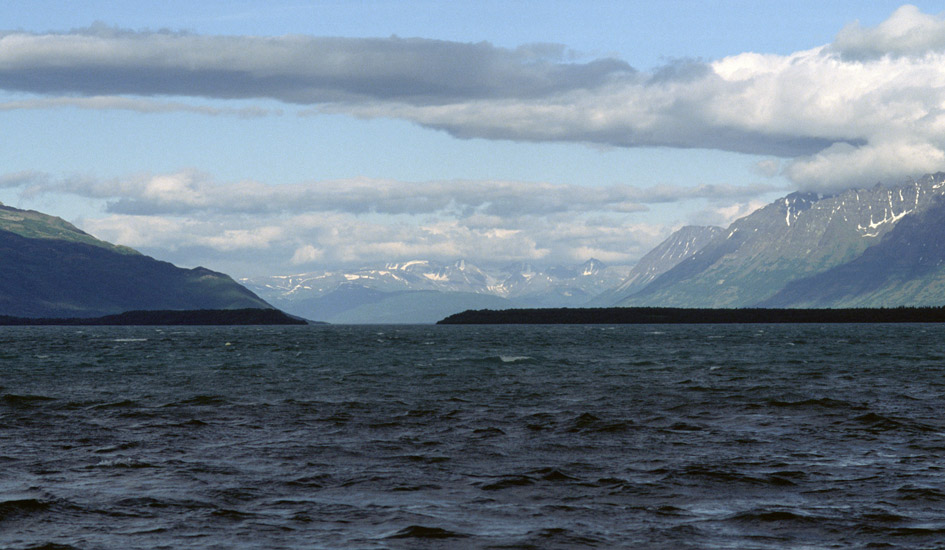 6/13 : Much later we found a small island just off shore from stream mouth. 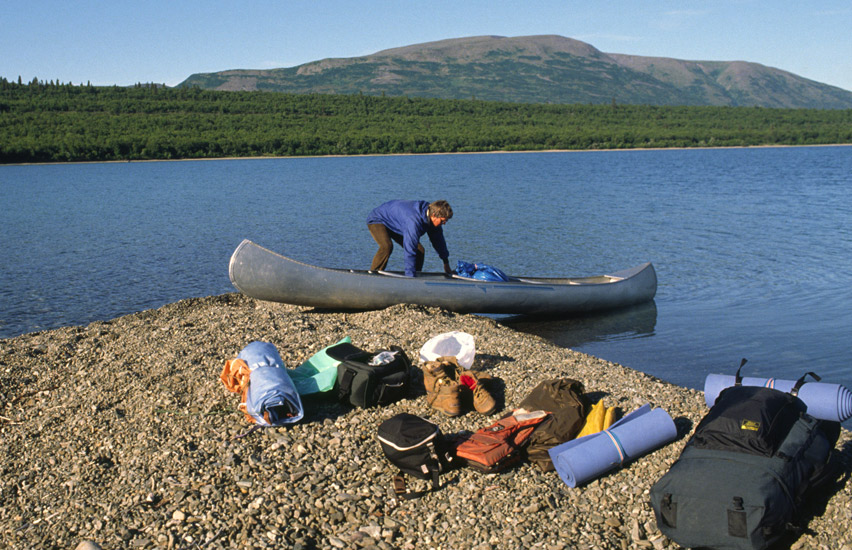 7/14 : We made a very idyllic camp there. Fantastic wilderness, incredible scenery. 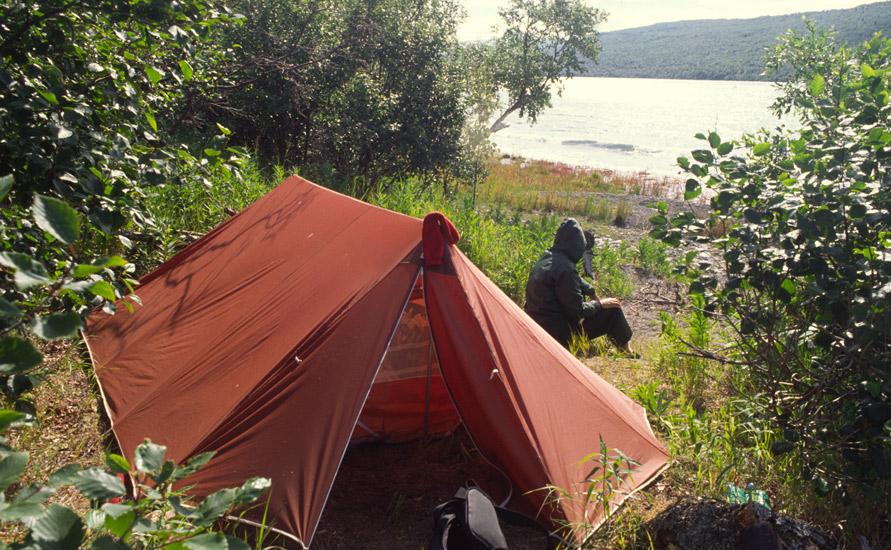 8/13 : We took the risk of eating meals inside our tent when it was raining. 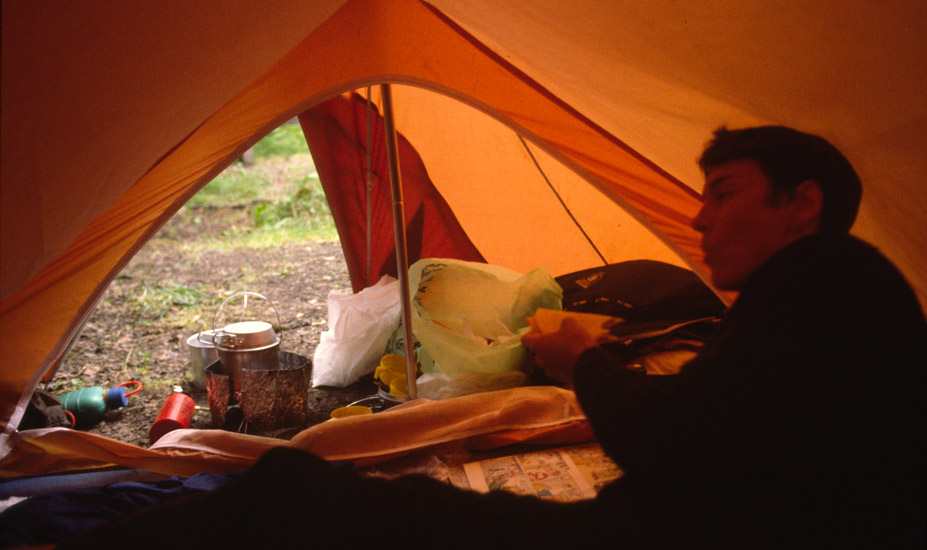 9/13 : On the mainland there was a small stream where we saw some brown bears chasing salmon. 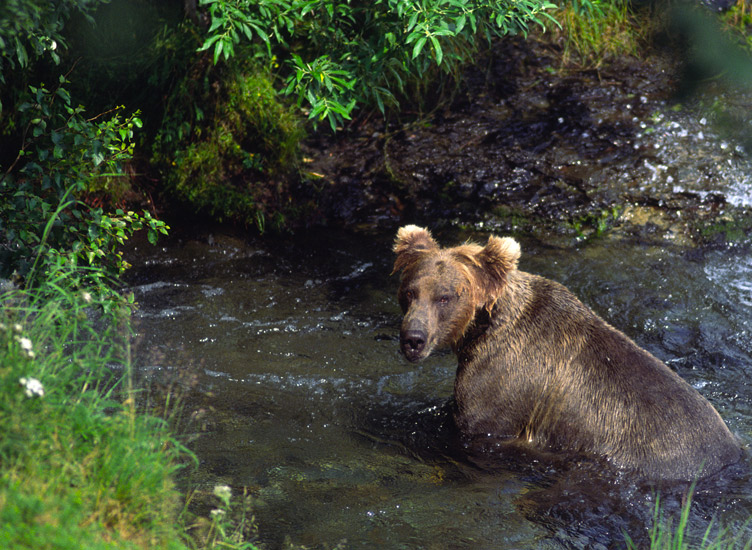 10/13 : Red foxes were common and constantly on the lookout for discarded salmon pieces left behind by the bears. 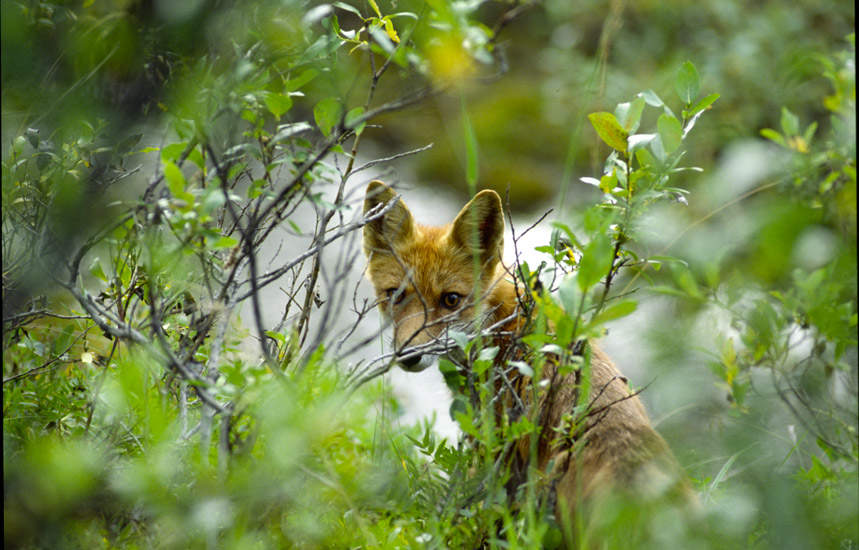 11/13 : We had to be on the lookout for the bears that constantly patrolled the lake shoreline.

12/13 : The slopes above the lake-shore. It was a wilderness wonderland that had extreme beauty. 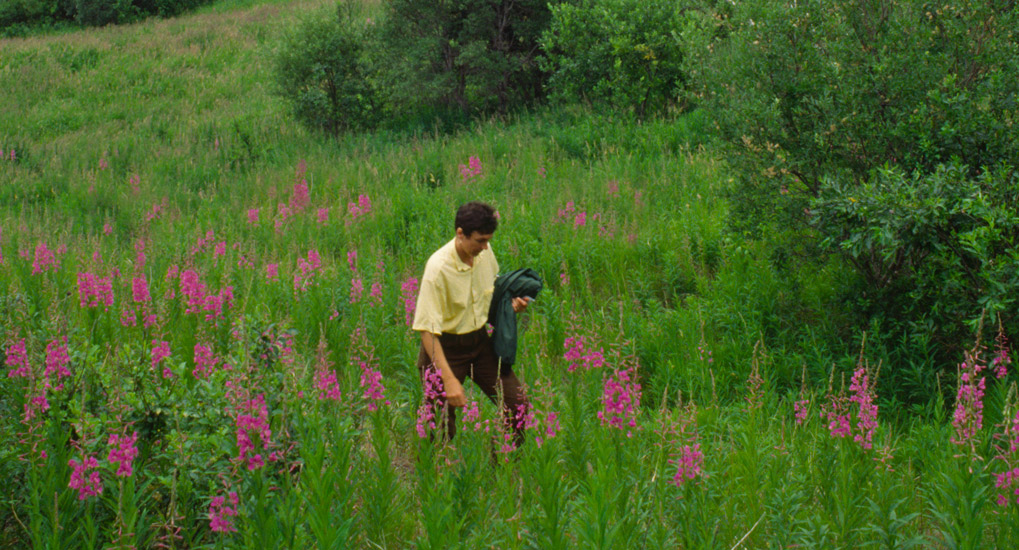 13/13 : The mountains surrounding where we were camped were all volcanic cones. 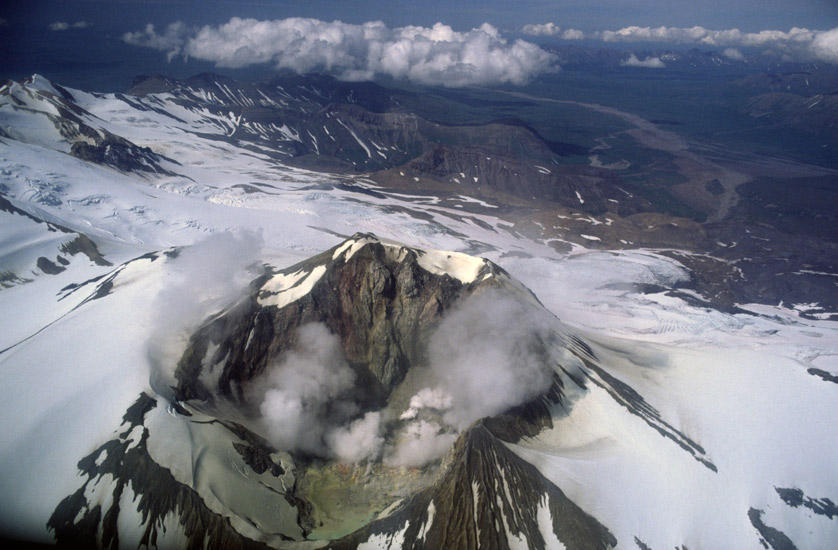 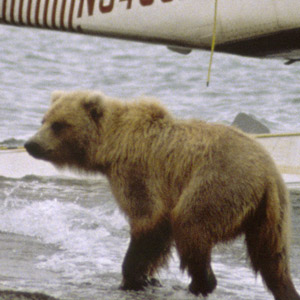 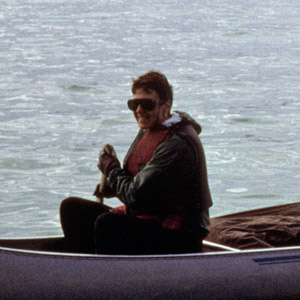 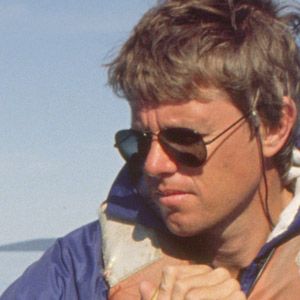 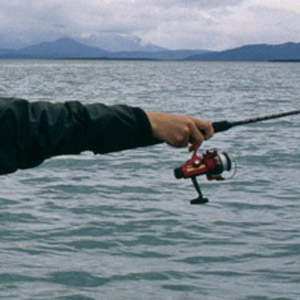 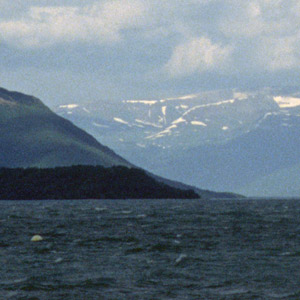 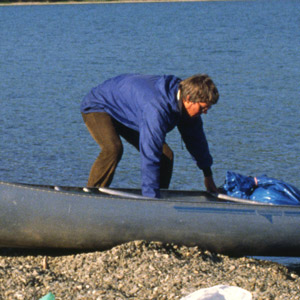 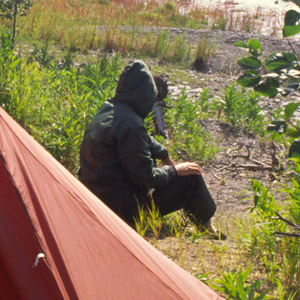 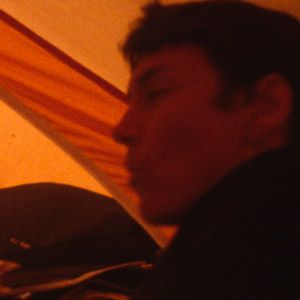 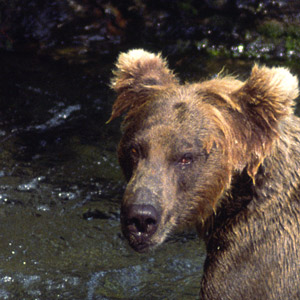 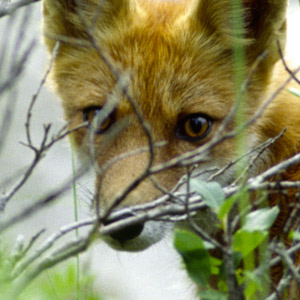 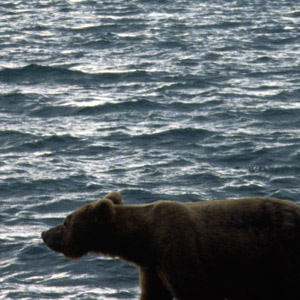 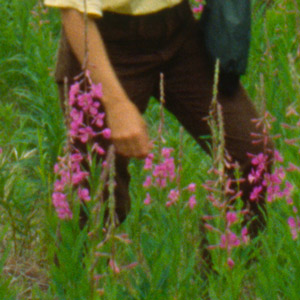 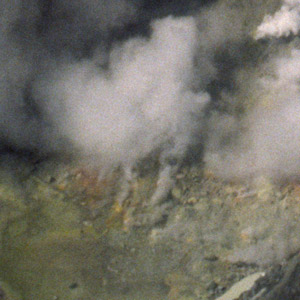