I was aware that the Hoanib was a hot spot of desert elephant activity so naturally when we lived in Namibia I would spend as much time as possible camping there. Trouble was that access there was difficult and camping a risky business if you are traveling in one vehicle as Clarissa and I were in our own Toyota 4x4. In the early 1990s the Hoanib was a remote and seldom visited place so you never saw another vehicle when you were there. It was very wild! There was consequence if you broke down - a long walk out!

1/11 : Our vehicle looks very insignificant in the bed of the Hoanib River. 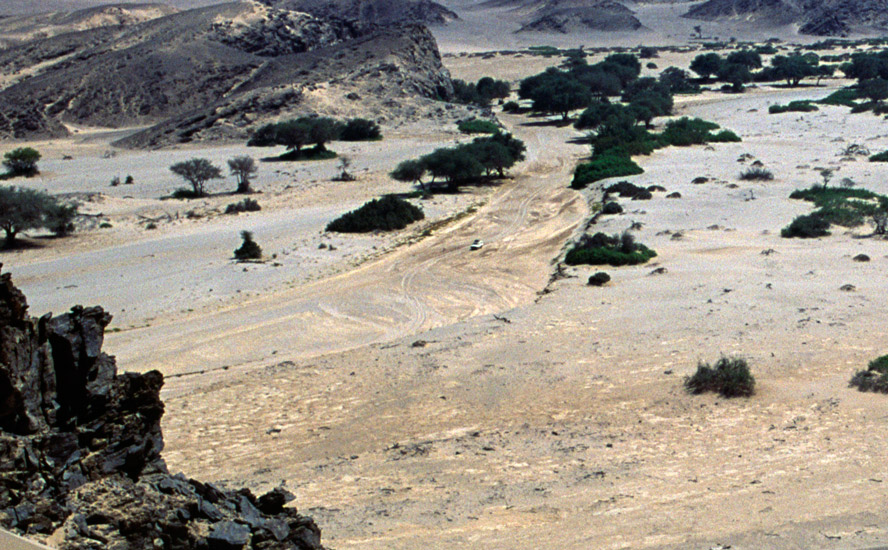 2/11 : First night on arrival at the lower Hoanib. 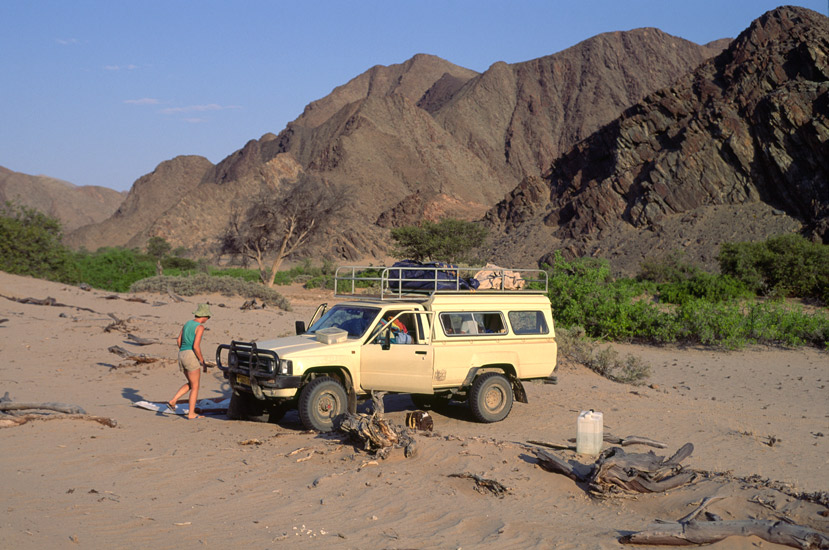 3/11 : Some mornings, fog from the coast would flow up the river valley. 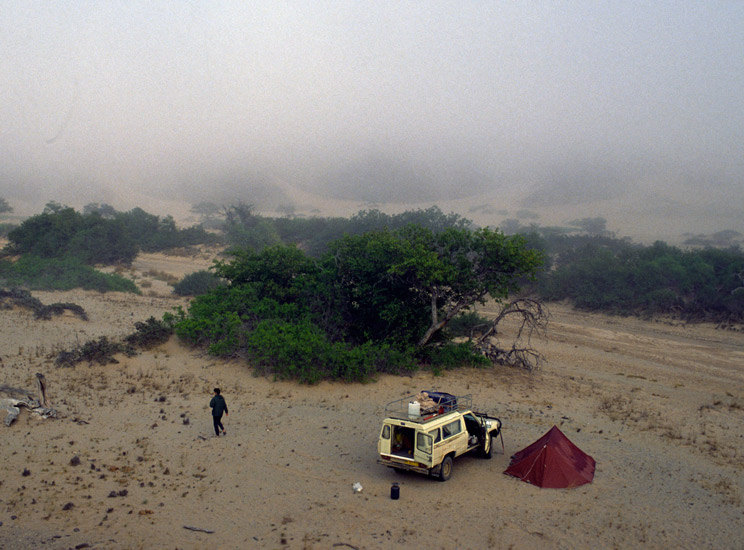 4/11 : Desert elephant could be encountered anywhere along the lower reaches of the Hoanib. 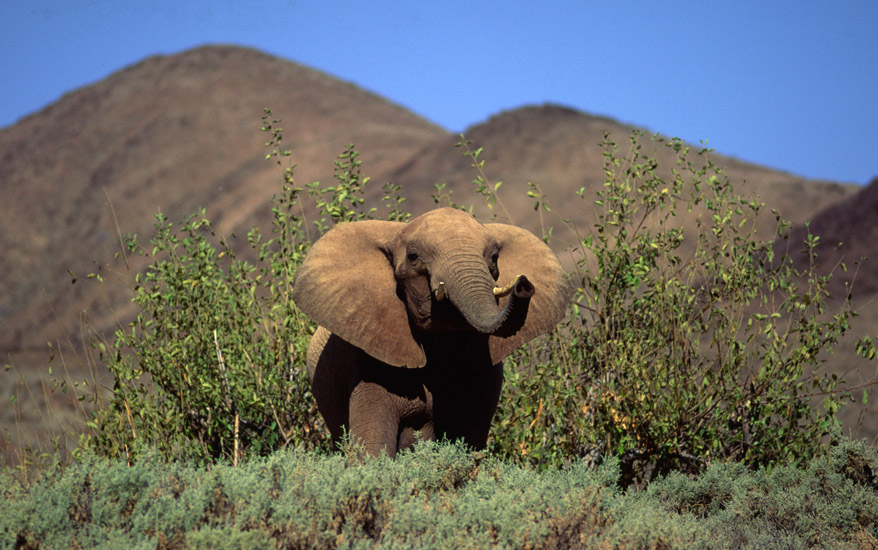 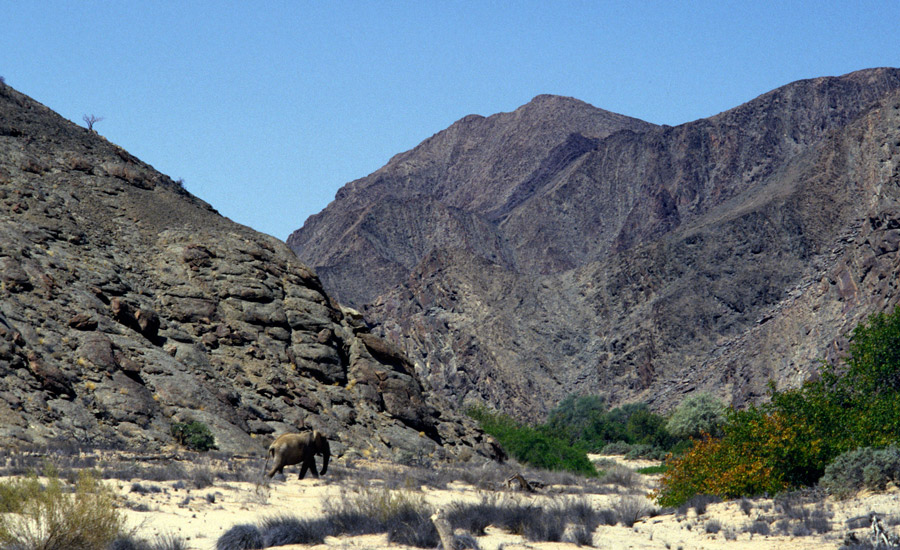 6/11 : Then there were the really surprising encounters with wildlife. 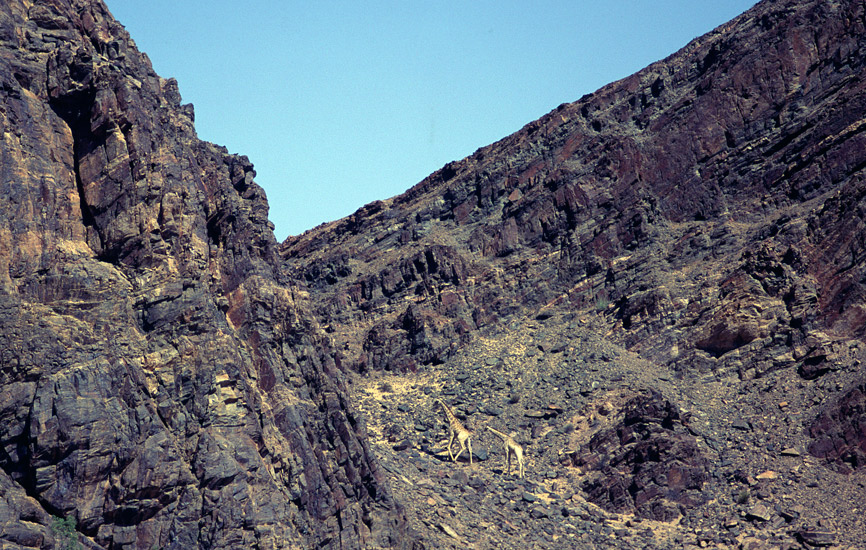 7/11 : Giraffe are never usually found in this kind of surroundings either. 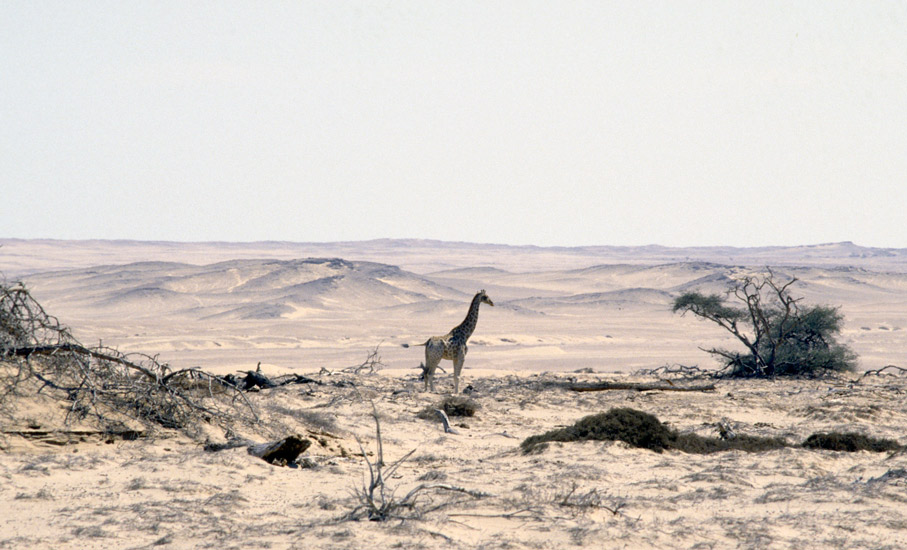 8/11 : At midday I would pull the tarp over the vehicle for shade. 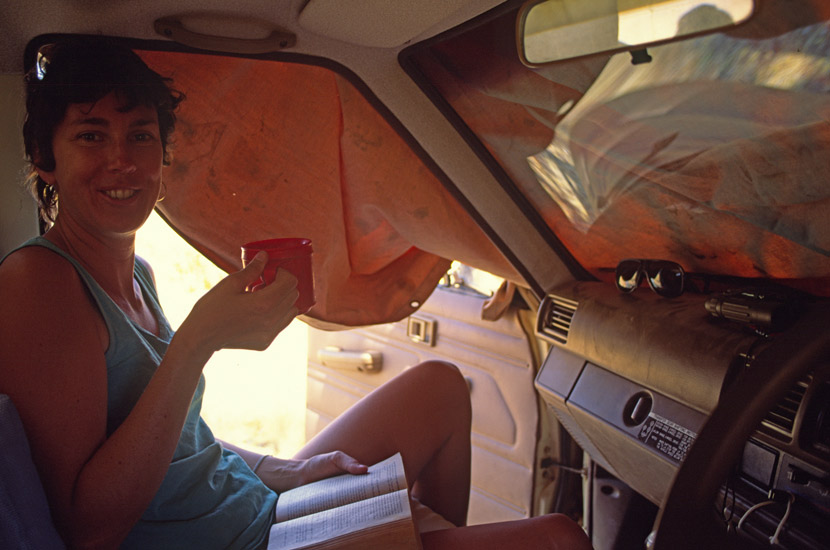 9/11 : Sometimes caves were good places to make camp at night. 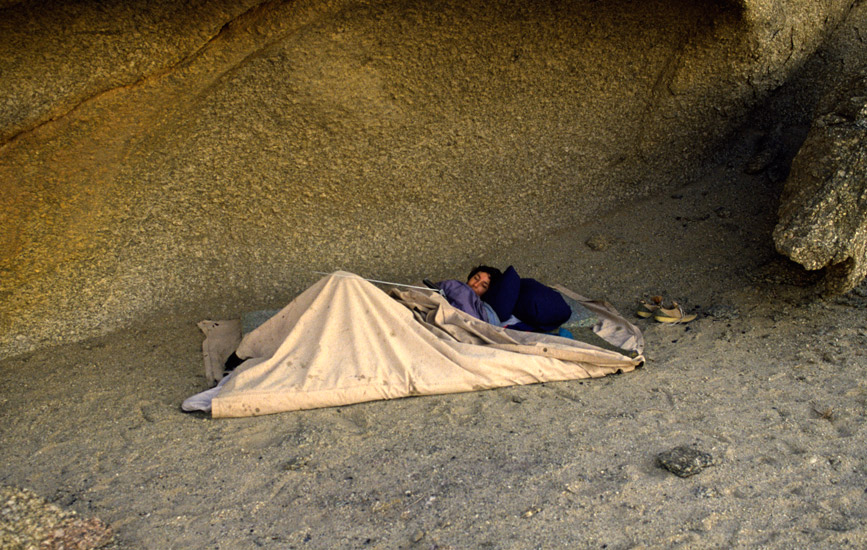 10/11 : On 2 occasions we were woken up by the sounds of black rhino browsing right next to where we were camped. 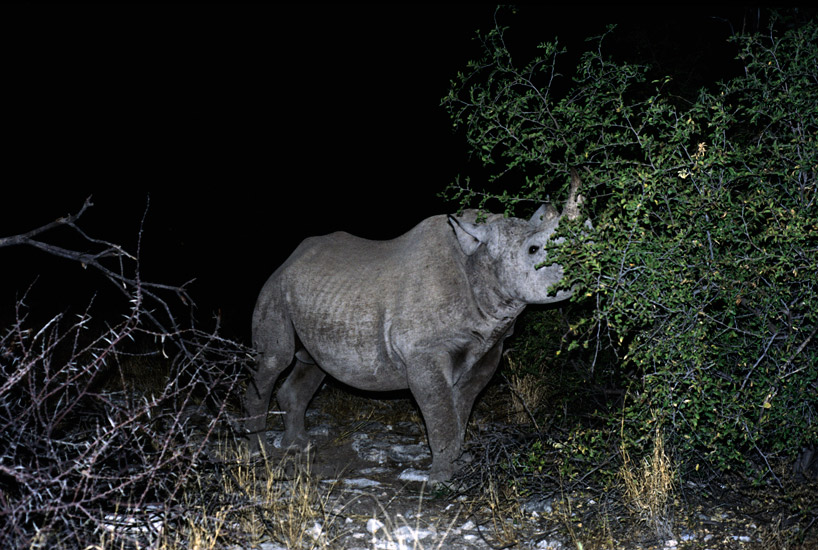 11/11 : Our Hoanib camping trips were amongst the most interesting we had undertaken. 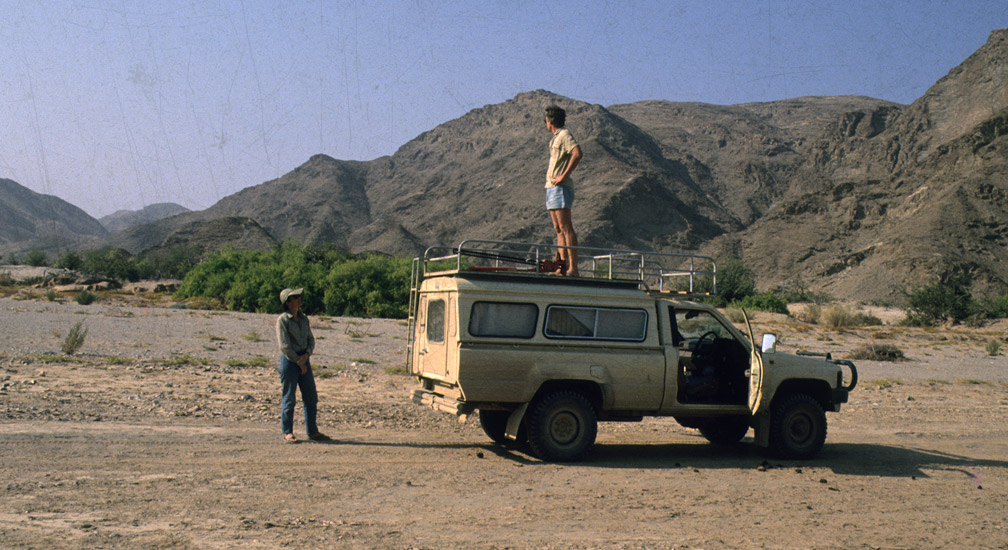 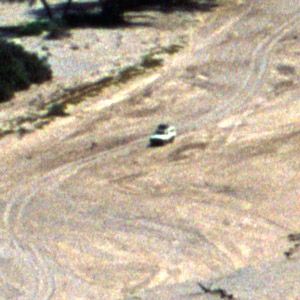 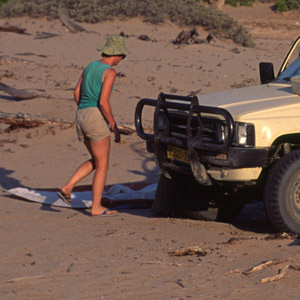 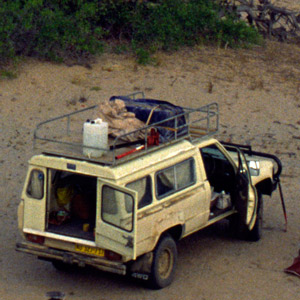 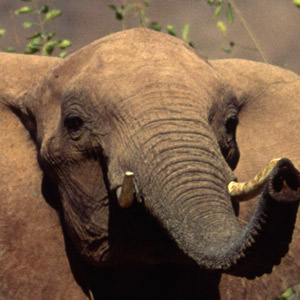 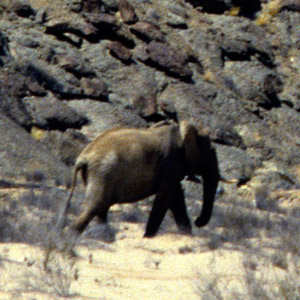 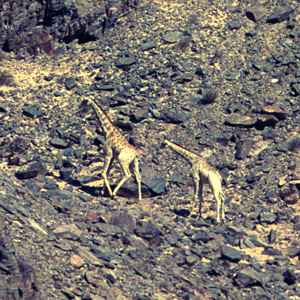 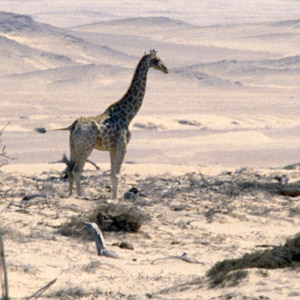 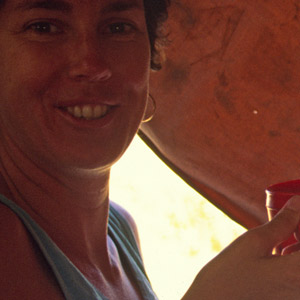 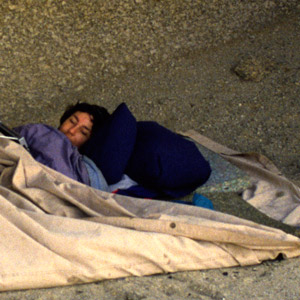 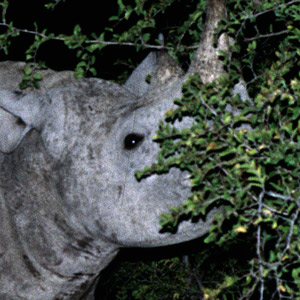 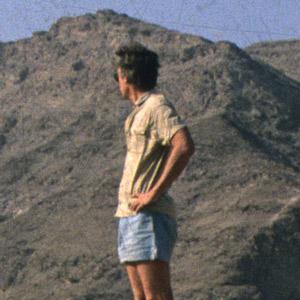