My catalog essay was starting to take form in a very dramatic way. I was now getting much more information than I would ever need for the catalog essay - but I didn't care. I was drawn in to the drama that was unfolding.
While visiting Mombasa Clarissa and I walked to all the places that had formed a part of Swahili Coast experience fifty five years earlier. The town was remarkably unchanged. We located the various places were I had lived. One of these was a second floor City House apartment 10 min walking distance from Fort Jesus and the Old Town. This apartment (or flat as it was called then) overlooked the Fontanella, a restaurant (still there now) located in a circular courtyard at the center of the building. It was a tiny apartment and very noisy because of the popular restaurant which lay just beneath our front window. A man in the flat above ours liked to use a basket lowered on a string to retrieve his drinks orders from below. This coarse behavior offended my mother so much that she kept the curtains closed a lot of the time. Through a crack in these curtains I liked watching the small dramas that played out below us. One Saturday morning I saw a boisterous group of young people sitting at a table. They had very feisty chimpanzee with them and it was mischievously waving a woman’s bra about over its head! At a nearby table some people recoiled in horror, seeming to think that the chimp was being treated badly and sharp words were exchanged. From my flat window I watched all of this with interest and for some strange reason it stuck in my memory. Fifty five years later Jackie told me that she was one of that group of people and that the chimp belonged to her future husband David Kerr!
Other incidents I saw from the Fontanella flat remain unanswered but also fixed in my memory. On one occasion a woman in traditional dress brought along her two fully grown pet cheetahs that sat next to her like sphinxes as she drank several glasses of wine. A more disturbing incident was when a young blonde haired man on crutches wandered into the darkened Fontanella courtyard long after midnight when everything was closed. One could see that both his legs had recently been amputated below the knees. In a distressed and drunken state he was incoherently calling out for someone. My mother finally took pity on him, went downstairs in her dressing gown and managed to calm him down. I was proud of my mother for doing that. Such was life for me in 1960s Kenya!
It was fun to sit with Clarissa in the Fontanella for a morning in 2009 and look about, seeing memories everywhere. As I wrote down my impressions I couldn’t help but look up at my old flat. Back then - what would I have thought if I had known that fifty five years later I would return and look up at my old flat? Sometimes one is reminded how short life actually is.
The Show: 27 ► 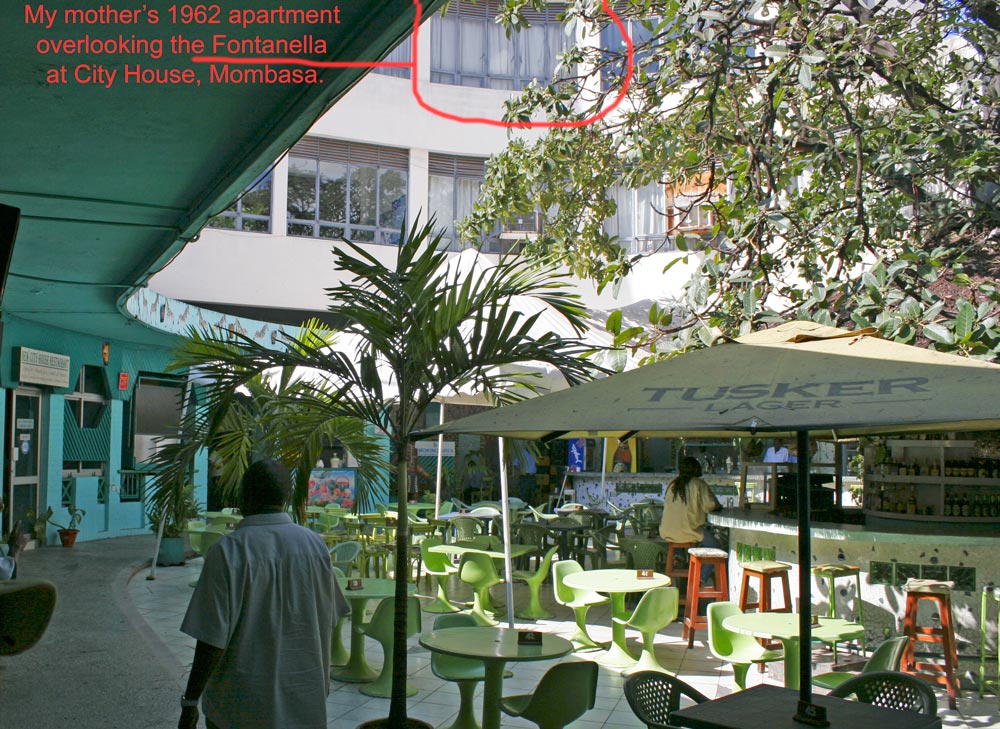 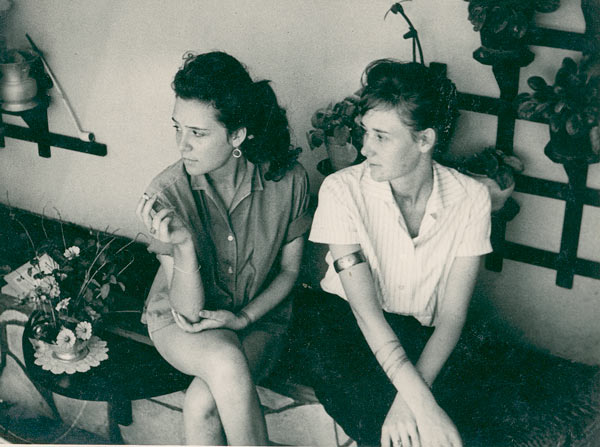 3/6: Sissy the chimp belonged to David (Jackie's future husband) Kerr who was visiting his sister Honey in Mombasa. 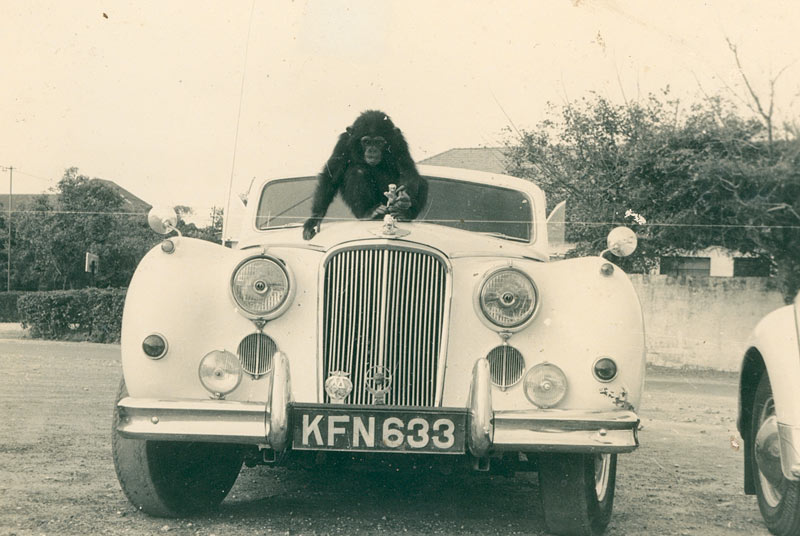 4/6: On one occasion Sissy escaped from their Mombasa flat and made its way alone to the Fontanella. 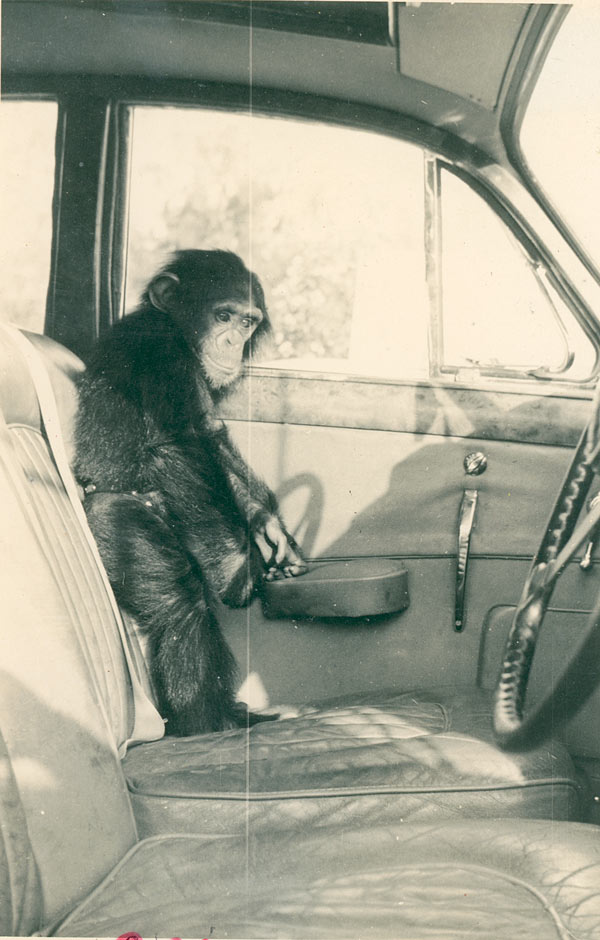 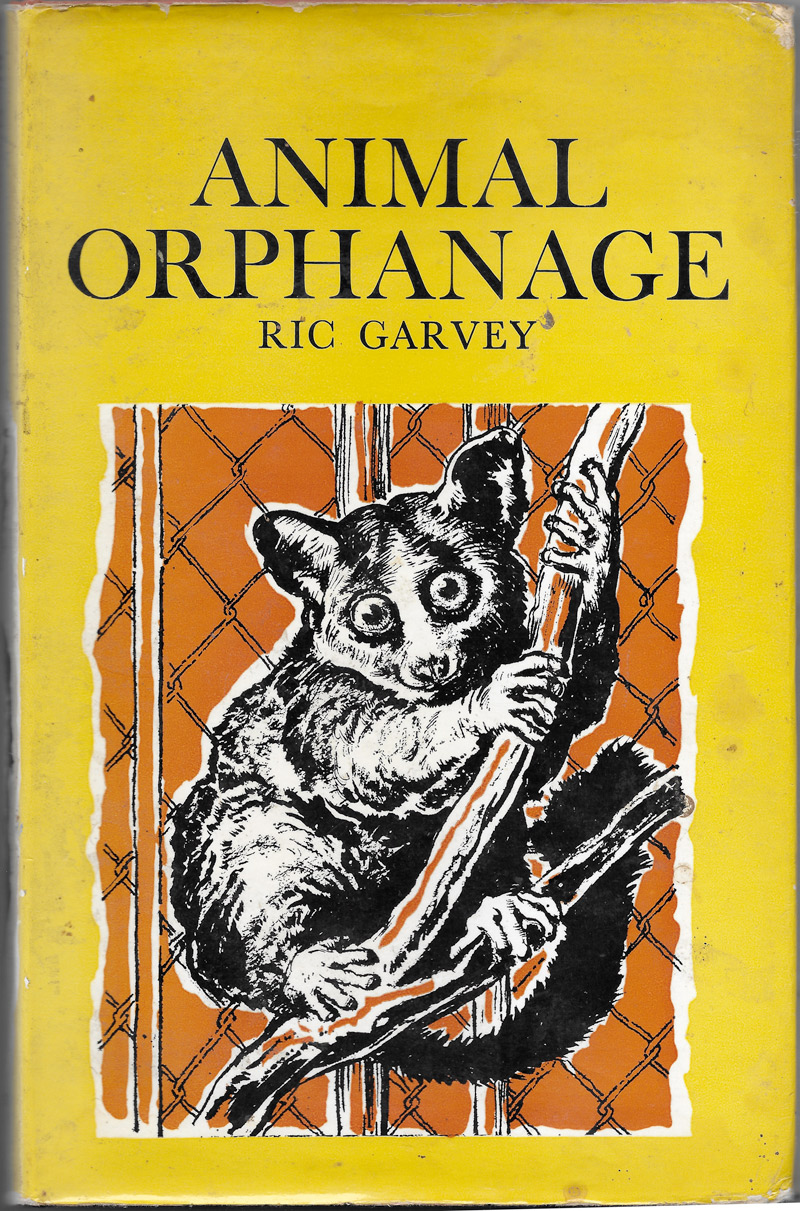 6/6: Sissy was a very feisty chimp as I had seen myself from my window above the Fontanella 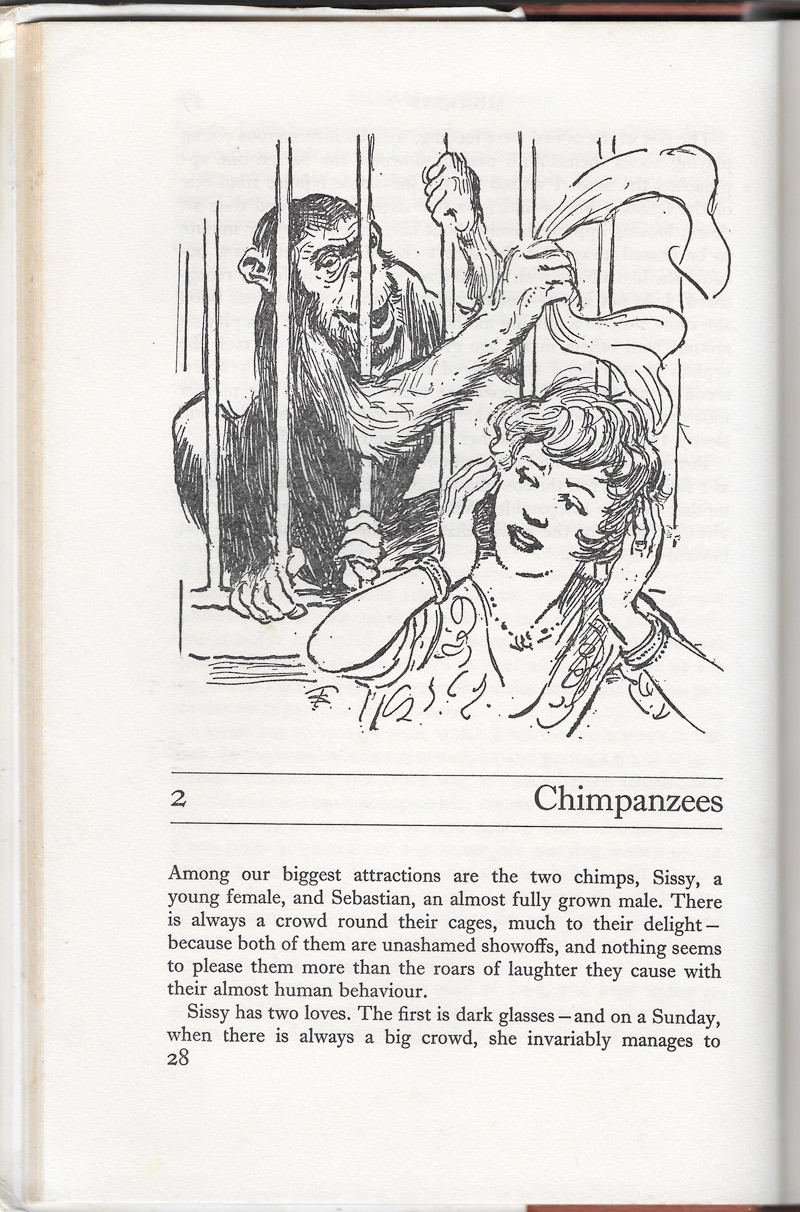 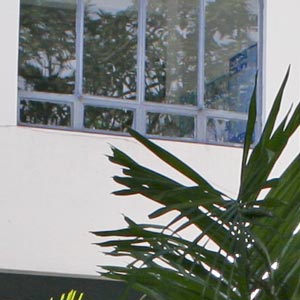 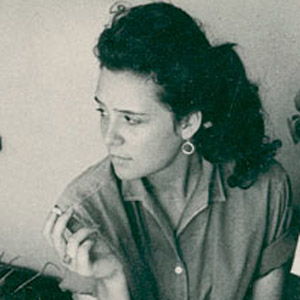 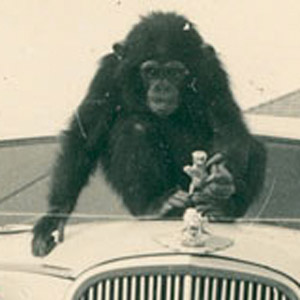 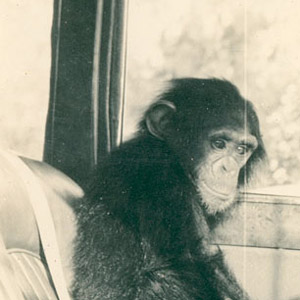 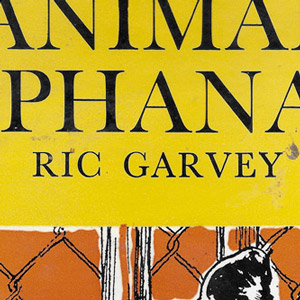