'it's hard to believe it's the same river'

'This painting is one of several paintings in a series that I am working on - all to do with the fantastic Tsavo River in East Africa. This river, which runs through the Tsavo West National Park, has such a variety of scenery along it's length that it's hard to believe it's the same river. Tsavo West is only a couple of hours drive from Mombasa so I visited this place many times when I was living there in the 1960s. Within quite a compact area, the river can look quite different. In one place its strongly flowing and wide. In others it's a dry sandy bed with pools. Some places have dramatic cloud topped mountains in the background, while in another place flat monotonous bush dominates. In the 1960s black rhino were so common along this river that they were a pest when it came to game drives. Always in the way, or charging one's vehicle and so on. When I think black rhino - I think of the fabulous Tsavo River! 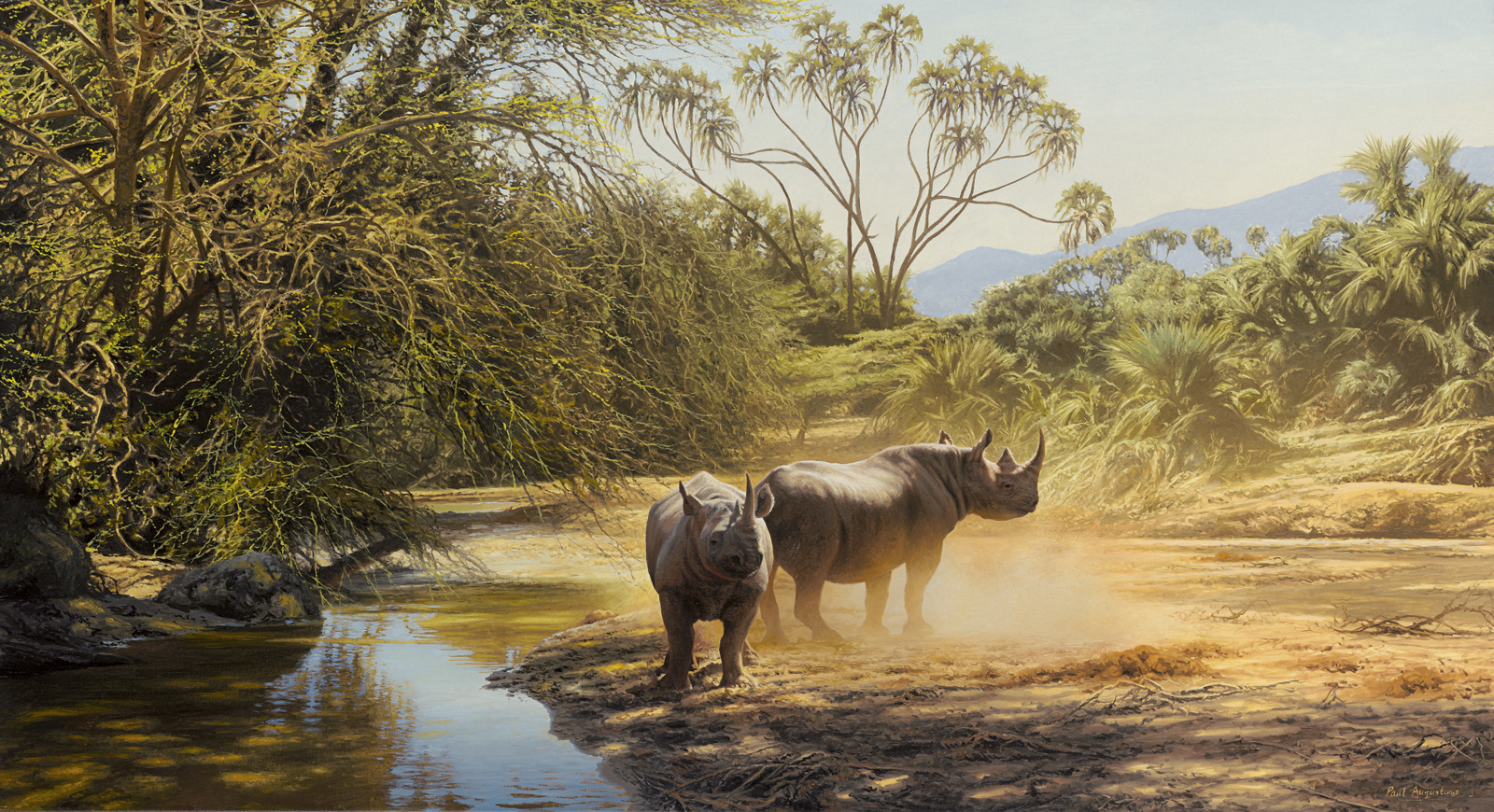