The wildlife was wary 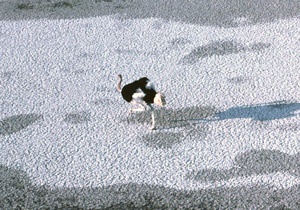 'This painting is of a very special area for me - The Makgadikgadi Pans in central Botswana. I spent several weeks wandering around this entire region of pans and granite islands in 1981. Out on the edge of the grass plains next to the flat salt pan wildlife was skittish - a few ostrich or gemsbok on the horizon.
One evening I suddenly became aware of a very strange light spreading over the plain. The moon was rising to the East and to the West the sun was setting. Two sets of light illuminated the scene - and the unreal effect that resulted lasted only for a few minutes. Ever since then I have been on the lookout for these special moments that occur on the rising of the full moon, no matter where I am it has an eerie effect that I find very intriguing.' 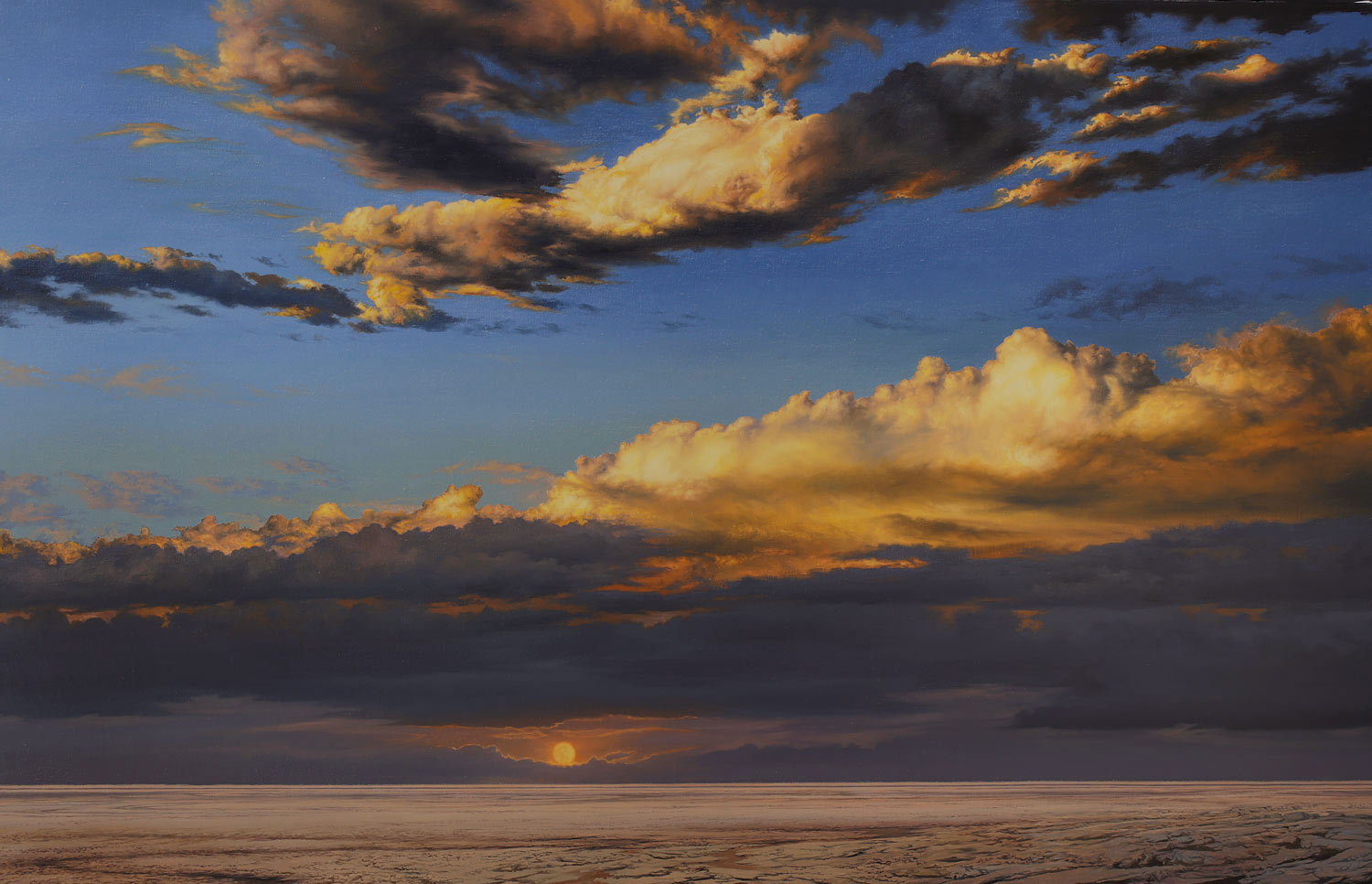