'There were always predators nearby!'

'The Ngwezumba region of the Chobe national Park is one of my all-time favorite wilderness areas in Botswana. I say that because when I was there in the early 1980s no one was visiting the area. It had been briefly abandoned by the National Parks people when the main track from Maun to Kasane, which passed to the East of the Mababe and followed the Ngwezumba River on its way North, fell out of use when a better all-weather track was created to the East of the Mababe Depression so as to access the Savuti area. This meant the original track was never maintained and the whole Ngwezumba was forgotten about for a while. What a fantastic time that was for me because I spent many months in what I consider to be the finest game country in Africa, all by myself. In the area surrounding Kwikampa Pan, vast herds of wildlife congregated and so did the predators. The baobab in this painting was important to me as in the thick bush I knew exactly where I was when I could see it. 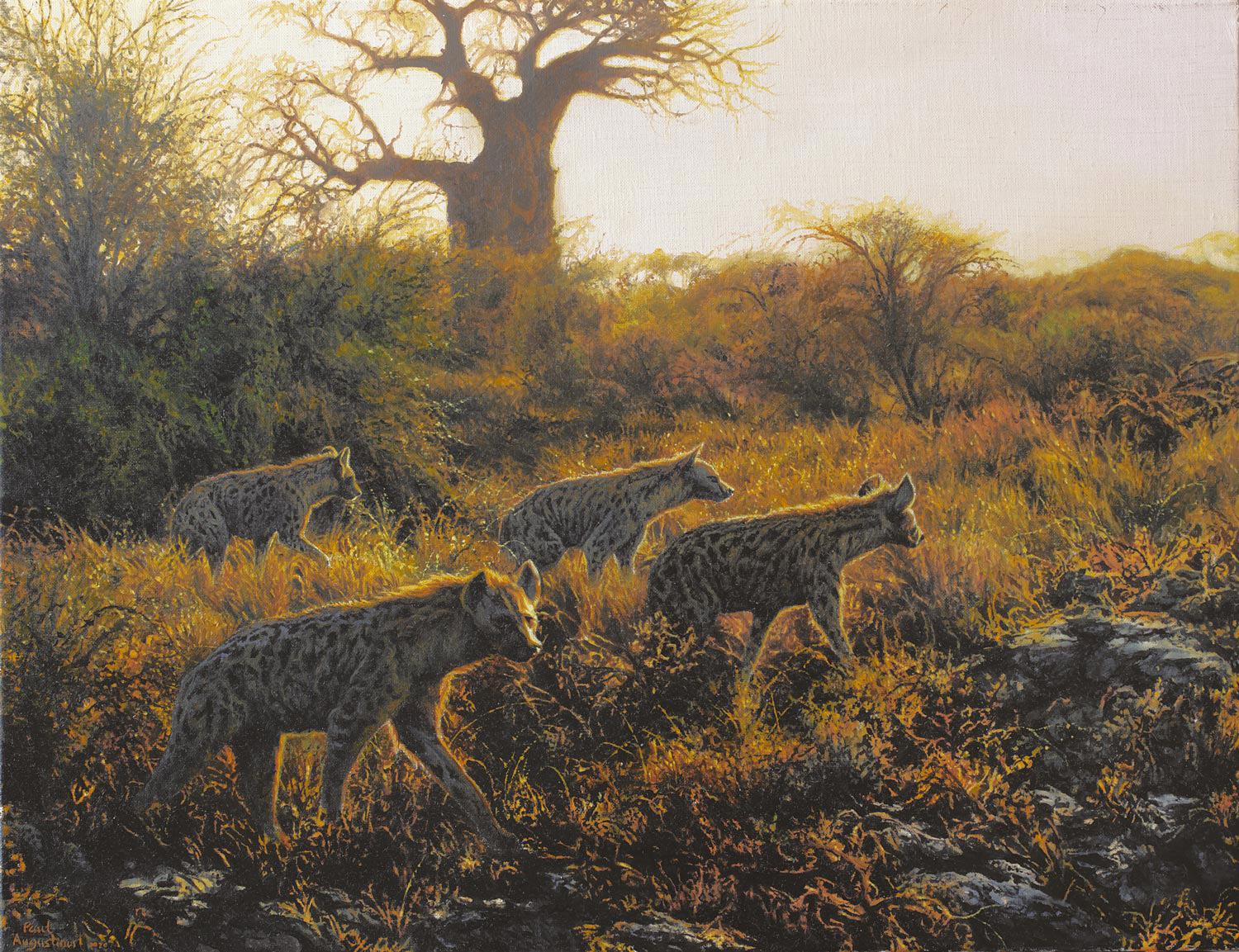