'I've known this epic mountain for a long time

This work is one of my new *refugia series paintings. These Nova Refugia Paul Augustinus paintings are a personal record of my own extensive experience in areas of wild Africa that I consider to be genuine refugia. It is inevitable how, over time, the large tracts set aside for conservation in Africa inevitably get whittled down in size - a trend that continues to this very day. Amboseli National Park in Kenya is a classic example of this. In the 1930s it started out as an ambitious, vast twenty-thousand square mile proclaimed area called the "Southern Game Reserve." By the 1950s maps depicted a 2000 square mile Amboseli Game Reserve. Today all that is left is the 400 square kilometer Amboseli National Park (which has Masai group ranch buffer areas surrounding it.) However the springs of water found throughout Amboseli are heavily used by Masai pastorlists. These springs have their source in the glaciers of nearby Kilimanjaro. Amboseli is under intense pressure from these pastorlists and also from excess tourist exploitation. So Amboseli isn't a true refugia. But Kilimanjaro is! It is the Masai Watertower! Water is the resource that supports life on the plains below. Without the glacier fed springs there would only be dusty desert and dry lakes in Amboseli. I believe that Kilimanjaro is one of the most important refugia in the whole of Masailand because of the water it supplies to Amboseli, Tsavo, and Mkomanzi protected areas.


I've known this epic mountain for a long time - starting with my first safari ever at age 2 when my parents drove from Dar es Salaam to Nairobi in 1954. Then there were school holidays to Tsavo and Amboseli in the 1950s and 60s when I lived in Mombasa. I returned to Kenya in 2003 when my wife Clarissa joined the United Nations in East Africa. I quickly realized that Masailand retained only fragments of it's previous pristine glory, an era that I had glimpsed as a schoolboy. But, nonetheless, it's still magnificent! We traveled down to Amboseli and Tsavo in our Landcruiser many times in the following two decades, always hoping that our visits would coincide with clear weather so that we would be able to actually see Kilimanjaro. Haze and cloud make this a gamble, but we were often rewarded with fleeting glimpses of this spectacular mountain. This painting is of my favorite section of Amboseli, the plain to the west of the hills at Tortillis lodge where huge, ancient tortillis acacia trees form a perfect East African backdrop to a very iconic landscape.


*Refugia are island-like tracts where circumstances have allowed speciesand to survive after extinction in surrounding areas. Ten thousand years ago, at the height of the last glaciation, the Congo basin was mostly dry savanna and the Namib desert dunes extended right up past the mouth of the Congo River. During that epoch two small rain forest 'refugia' patches survived. Eight thousand years ago, when the glacial epoch ended, these two refugia expanded outwards to become the vast equatorial rain forest belt of today which stretches from West Africa to the Rwenzori Mountains in East Africa. Although the term 'refugia' was coined to describe past events in Earth's history, the term now has modern significance as the definition of refugia is applicable to present-day extinctions and how we might bounce back from them. 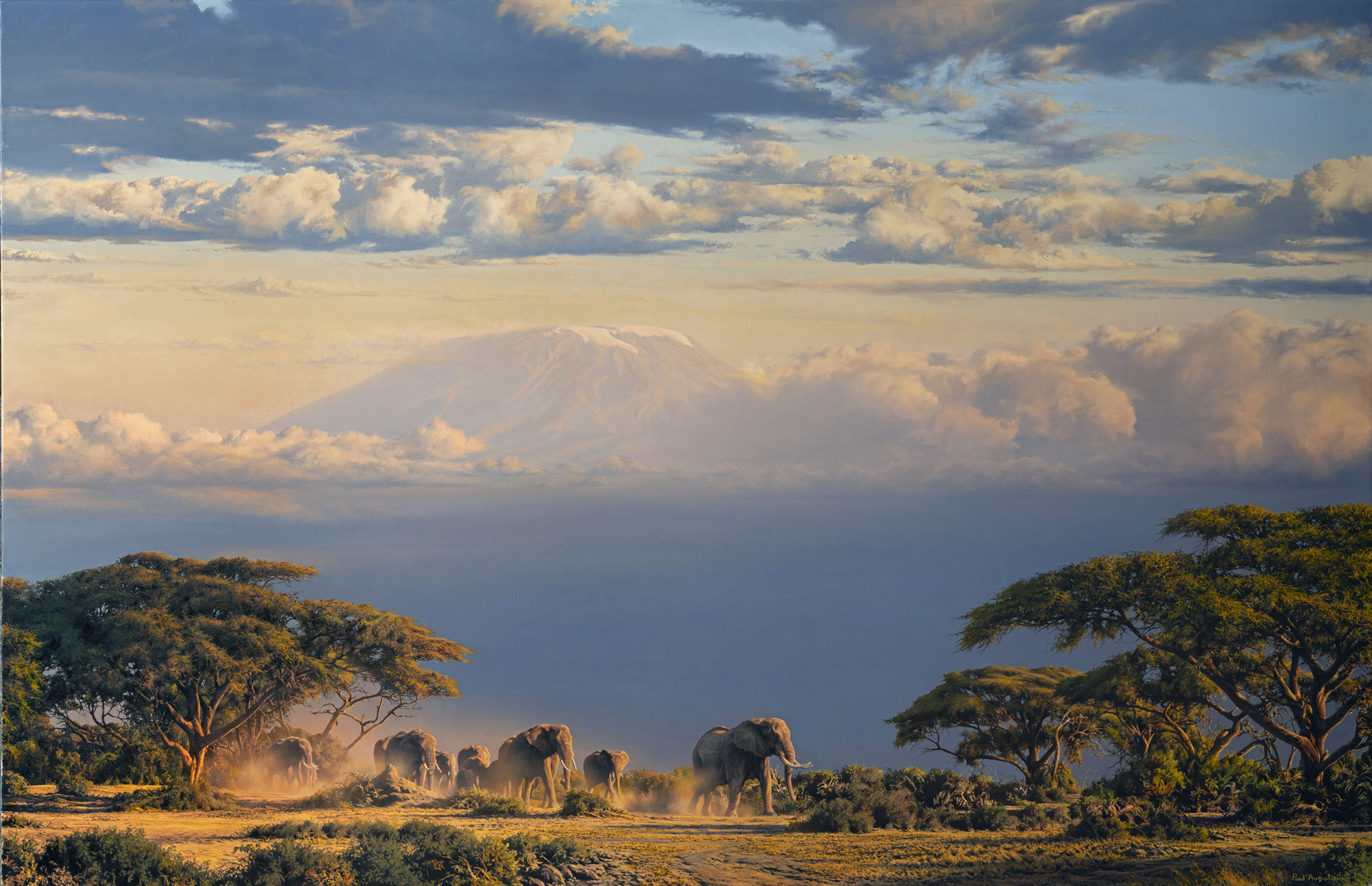