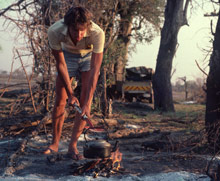 'No one took my sightings seriously'

Black rhinos are iconic animals for many different reasons. One of those reasons is that they are included in the Big Five grouping. This is elephant, rhino, buffalo, leopard and lion - the so-called dangerous mega-fauna that roam true wilderness areas. If you have relict populations of at least three of those animals in a particular area - then it's a bona fide original wilderness, not some reconstituted theme park. Another reason for iconic status is because they have been poached to oblivion in the last thirty years. So black rhino relic populations and individuals are symbolic as reminders of past glories. Seeing one is very special if not impossible. In Botswana black rhino were thought to have been completely eradicated in the 1960s.
However when I first arrived in Kasane in 1970 I heard talk that there were still black rhino in a particular area of Ngamiland, north of the Okavango Swamps. Bisected down the middle by a very rough track known locally as the Hunters Road this area is a vast, tsetse-fly infested tract of mopane forest and has numerous small pans that would last the whole of a dry season in good years. But these rumors were only of academic interest to me. I did not have the knowledge, experience or time to go looking for mythical beasts. Instead in the coming years I concentrated on spending as much time as I could in the Ngwezumba Valley, a very remote and ignored part of the Chobe National Park. After a more direct route between Maun and Kasane going through Kachikau was built the original route up through the Ngwezumba was abandoned and slowly slipped into obscurity. Because of this, virtually no one ever visited this fascinating part of Botswana which had epic numbers of elephant, buffalo and lion. I had lucked into on an amazing opportunity and for a few years had it all to myself. There were no tourists, no Game Department and no poaching. It was very undisturbed and I camped for weeks on end next to large pans and saw vast amounts of wildlife.
Very early one morning in 1979, I threw back the tarpaulin I had been sleeping under in the back of my Landcruiser and glassed the opposite side of the large Pan (Kwekampa) I was camped at. Immediately my attention was drawn to a large, oddly-shaped animal drinking from the pan on the far side. Even in the murky gloom of dawn I knew what I was looking at. It was a black rhino. I had seen several white rhino in the same area, but having grown up in East Africa where black rhino were common and widespread when I was at school there, I would never mistake one for the other. It was absolutely a black rhino and had the distinctive prehensile shaped mouth which is quite distinct from the square shaped mouth of a white rhino. In the coming weeks I came across the same individual several times at a small 'seep' (spring) in the nearby Ngwezumba pools area which was about 30 km from the pan. I guessed that it must be one of the mythical Hunters Road rhinos which had somehow wandered eastward from either the Kwahai C.H.A. (controlled hunting area) or Savuti C.H.A. ending up in this remote part of the Chobe National Park. I felt very privileged to have seen this very special survivor who I affectionately refered to as my Ngamiland rhino.
At the end of the dry season I returned to my wet season base at Croc Camp. What was really frustrating for me was that no one believed me when I told them about the rhino. In the bar, whenever I chatted to friends and acquaintances who were in the safari business it was the same story! No one took my sightings seriously! The Government zoologist based in Maun was interested but offered an alternate theory: that the black rhino I had seen had wandered in from the Hwange National Park in Zimbabwe which lay 150 km to the East and where there was a small population of black rhino that had been translocated there from the Nyakasanga C.H.A. downstream of Chirundu in the Zambezi Valley. "Did it have a tag in one ear?" he asked me. No it hadn't! Eventually I figured out they were trying to keep this tiny Botswana population of black rhino secret and thus safe. I like to believe they are still there! 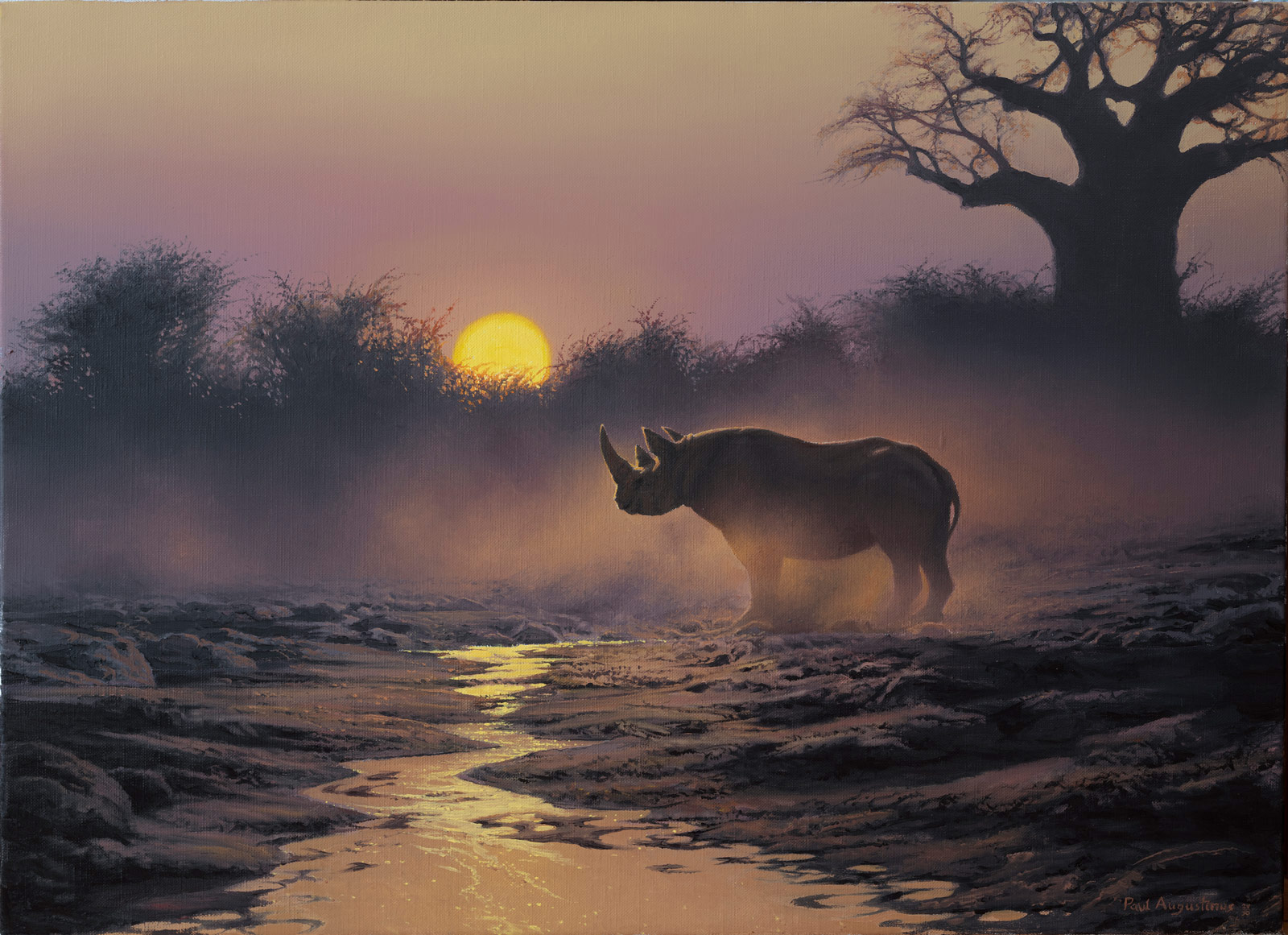